Helping People with Breast Cancer and Honoring Her Mom’s Legacy 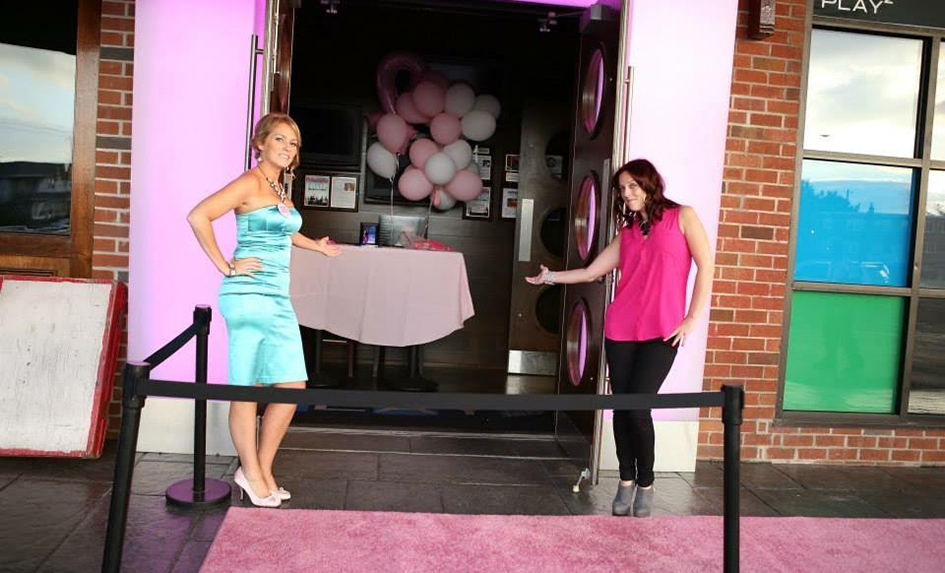 Cherise Poserina knocks on the woman’s door. Poserina doesn’t know this woman, but Poserina has a $2,000 check for her. The only connection—but a significant one—between the 2 women is that the stranger has the same disease—breast cancer—that Poserina’s mom, Debbie, battled many years ago.

The woman opens the door and after Poserina explains why she is there, the woman’s face goes from uncertainty to joy and then tears. 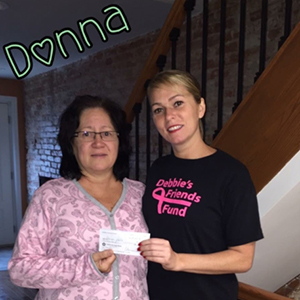 Cherise presenting a check to a Debbie's Friends recipient.

Poserina has been repeating this same scene for the past few years, and it’s how she honors her mom’s life who succumbed to breast cancer at 40 years old. Poserina is a co-founder of Debbie’s Friends Fund, a not-for-profit organization that raises money for women with breast cancer. She presents a $2000 check directly to each recipient. Debbie’s Friends Fund is truly grassroots, and they find out about people who might be struggling financially through word of mouth.

As cancer treatments such as immunotherapy advance, the costs will continue to increase. This can be a tremendous financial burden for patients with cancer, and if you consider the time missed from work during treatment, these people are dealing with big medical bills combined with lost wages.

The donations that Debbie’s Friends Fund provide are a small kindness that takes away people’s financial concerns for a little while, and reminds them that others are thinking of them as they go through treatment. “People get so overwhelmed knowing that there are strangers out there giving them money,” says Poserina. On the Debbie’s Friends Fund website, there are pictures and testimonials from people who have been touched by the financial donations. 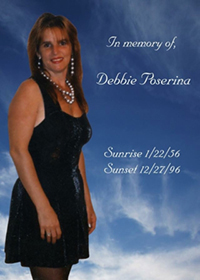 Poserina says her mom’s personality inspired the nonprofit’s name. Poserina recounts how her mom would talk to everyone she met on the street and in the neighborhood, and how she always made them feel like they were friends. “She had this personality and this aura about her that attracted people,” says Poserina.

Although Poserina is the face of Debbie’s Friends Funds out in the public and raising awareness about the organization, co-founder Sarah Ghionni does more of the behind-the-scenes work. The organization is very small and neither Poserina nor Ghionni take a salary. They also have a small group of dedicated people who help fundraise continuously. “I’m forever indebted to these people for their help,” says Poserina.

Debbie’s Friends Funds fundraising event culminates every year with its Drink for Pink event. Held this year on October 4 at PLAY2 in Philadelphia, this event will mark its 10th anniversary. Attendees will be able to play games, have food and drinks, and listen to music. They hope to raise between $18,000 and $20,000, but Poserina is grateful for whatever they receive. “There are so many good people, and generally anywhere from 325 to 450 people show up for our event every year,” explains Poserina. “They entrust in me to give away their hard-earned money to find people who need it.”

In August 1996, Debbie Poserina thought she simply hurt her shoulder. She grew up in a time when you didn’t go to the doctor unless you had to, and certainly not for a sore shoulder. She ended up in a sling as the pain lingered, and up until the end of October, she didn’t visit the hospital. It was then, Cherise explains, the pain became unbearable and she took her mom to the hospital.

Unfortunately, she was treated only for the symptoms of a hurt shoulder, and no further tests were done. She was discharged and eventually 3 different hospitals told her that it was a slipped disc that was the culprit of the pain. Finally, in November, Cherise’s father took Debbie to the hospital and they got her biopsied. She woke up the next day unable to breathe; she suffered a punctured lung during the biopsy. The biopsy found a tumor in the shoulder. This was the Friday before Thanksgiving in 1996. Debbie never again left the hospital.

The cancer had spread to her bones and internal organs. She received 4 weeks of radiation, and her first dose of chemotherapy 2 days before Christmas. Debbie passed away on December 27, 1996. The doctors speculated Debbie had breast cancer for 2 to 3 years.

After her mom passed away, Poserina looked for ways to raise money for cancer research and did so with one of the large national organizations. Over time, she wanted to do something more grassroots. “We should be doing something on a smaller scale,” Poserina says of her inspiration to start Debbie’s Friends Fund. “My mom grew up very poor, and I wanted to make it more personal.”

Seven years later, Poserina has no plans to grow Debbie’s Friends Fund into a large organization. She likes the intimacy of being able to touch individuals’ lives.

“For me it’s helping local families one family at a time. Giving people money and making their lives a little bit better because of what Debbie’s Friends Fund does―there is nothing else my mom would want us to do,” says Poserina.

We invite you to share your cancer fundraising activities with us. Submit an article to CONQUER: the patient voice. 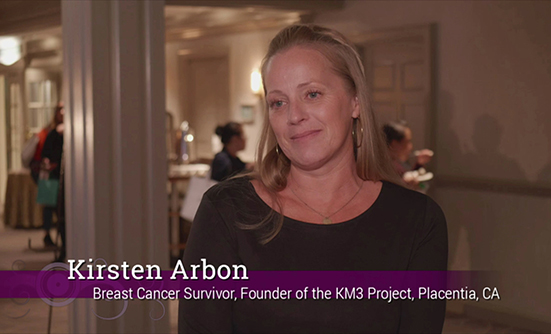 Breast CancerHero of Hope
How My Nurse Navigator Helped Me
By Kirsten Arbon
2019 Hero of Hope Patient Award winner Kirstin Arbon explains how her nurse navigator provided her with guidance, wisdom, and support during her cancer journey.
Breast Cancer
Drugs for Breast Cancer 2020 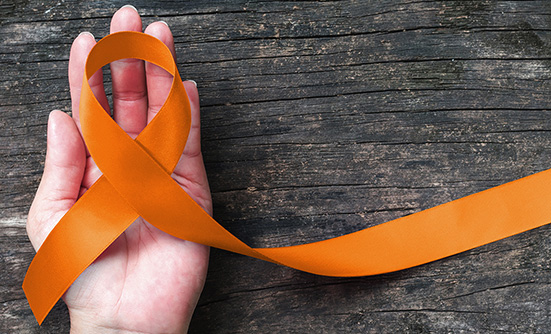 Appendix CancerSlideshowsWeb Exclusives
Quick Facts on Appendix Cancer
Appendix cancer or appendiceal cancer is rare, occurring in about 1,000 people in the United States each year. View this slideshow to learn important facts about appendix cancer, including statistics, causes and symptoms. 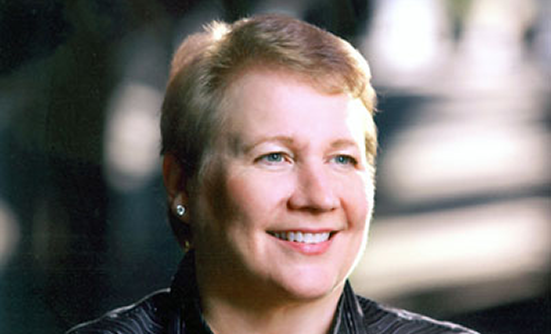 Breast Cancer
Pink Ribbons in October
By Lillie D. Shockney, RN, BS, MAS, HON-ONN-CG
Welcome to our newest issue of CONQUER. We know the value of hearing the experiences of cancer survivors and family caregivers. It helps people to relate, feel a sense of connection, and provides food for thought. We have many stories, with several focusing on breast cancer, including male breast cancer. Pink ribbons are not just for women.
Last modified: October 1, 2018