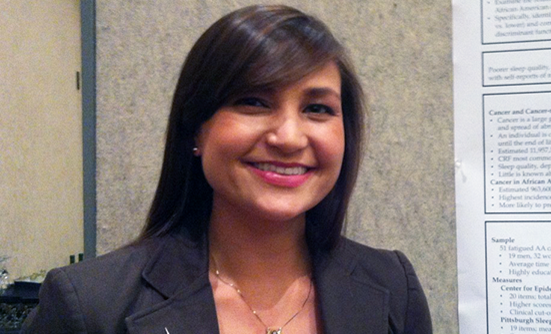 To disclose or not to disclose having cancer, that is the question. Tonya Marie Pan, a survivor of stage III non-Hodgkin lymphoblastic lymphoma, shares insights into the difficulties of communicating with others as a patient with cancer.
August 2015 Vol 1 No 4

"Hello. My name is Tonya, and I am a survivor of stage III non-Hodgkin lymphoblastic lymphoma and recently completed 25 months of chemotherapy. What’s new with you?” This is not how I introduced myself when meeting new people in college, but it could have been.

Not introducing myself this way took tremendous effort. Cancer seeps into every pore of your being and resides there like a constantly recurring blemish, requiring continuous and aggressive maintenance, just to keep it barely below the surface.

In my freshman year of college, I was newly cancer-free, my hair was almost shoulder length, and with only minor remnants of my treatment, such as swollen cheeks and weight gain from years of using prednisone, I could pass as a “normal,” healthy freshman. When I looked in the mirror, however, I saw a shell of me, a sickly version of the old me.

Yet, because of this ability to pass as a healthy person, I faced a constant dilemma. Should I just try to fit into my new, already challenging and excessively superficial environment of college freshmen, or should I try to explain myself so that my new peers may look beyond my appearance and see a shaken cancer survivor?

The energy required to repeatedly choose between disclosing and not disclosing my recent cancer experience felt almost as exhausting as the grinding fatigue that accompanied my cancer and its treatment.

I was diagnosed in January 2003, before Facebook. I completed treatment in my senior year of high school, and later that year took the next step of my cancer-free life—college.

As a college freshman, I quickly discovered that I had 2 options when meeting new people—talk to people about the one thing that was on my mind (cancer), or remove cancer from my stories altogether, which I call “crafted honesty.”

New friend: “I was on the varsity volleyball team in high school.”

Crafted response: “Me too! I also played on a club team.”

Honest response: “Me too! I also played on a club team, but I had to quit both when I was diagnosed with cancer.”

New friend: “What was your GPA in high school?”

Crafted response: “I ended up with a 3.85, but I know I could have done better.”

Honest response: “When I was diagnosed with cancer, it was close enough to the end of my sophomore year that most of my teachers gave me the grades that I currently had in their classes. I had to take 3 home-schooled classes during my treatment, and ended up coming back to school 1 month late into my junior year while still undergoing chemotherapy. I missed a lot of school because of hospitalizations and doctor appointments, but I managed to graduate with my class.”

New friend: “I’m thinking about running for a resident hall leadership position. I was in associated student body (ASB) in high school.”

Crafted response: “I was also in ASB through my senior year in high school.”

Honest response: “I was also in ASB in high school. When I was diagnosed with cancer, my ASB held a schoolwide fundraiser for me. They made flyers with my school photo and asked everyone to donate $5 to help pay for my medical bills. The Pasadena Star News did a story on it.”

Maybe this doesn’t seem like a big deal. The tales we choose to disclose and weave together determine much of our public personas. I opted to paint a vivid picture of a partial past. I crafted an image of a healthy, normal high school student. My new college friends did not know that when I told them about how I played water polo, I did so bald and while receiving chemotherapy.

In most of my friendships, eventually not all the pieces continued to fit neatly together. At some point, someone would ask about my scars, or why I was so involved with the American Cancer Society. And I’d have to say, “Oh yeah, I had cancer at 15, no big deal.” Depending on the point in the friendship, this often wasn’t well-received.

If I had been friends with people for a while, they felt that I didn’t trust them enough to tell them, or that I wasn’t a forthcoming, honest person. If I told my new 18-year-old classmate too early, I immediately gained the label “cancer girl,” which couldn’t be further from my desired label of “cool new friend.” Even today, my hesitation is reaffirmed every time a friend says something they wouldn’t say if they knew about my cancer history.

To this day, my dilemma is how to share, when to share, and how much to share. Conversations with other cancer survivors show a similar dilemma. The topic of disclosure has become a focus of my graduate school research. Through it, I have met other young cancer survivors. Some are very open about their cancer histories. They live each day with a “take it or leave it” attitude, which I applaud. To them, I imagine my guarded “crafted honesty” attitude must seem odd.

I’ll never know what full disclosure in college would have felt like. I can’t advise against it or for it; however, I can promise to conduct research that will give future college-age cancer survivors more evidence-based disclosure options.

I recommend that those who care for, and about, teenage cancer survivors have a conversation with survivors about their various disclosure options and the reactions they may receive before their departure to a new college environment.

Time with a counselor or a therapist who is experienced in helping young cancer survivors negotiate more effectively along the precarious, and often bumpy, transition into adulthood as a cancer survivor can help smooth the emotional roller coaster ride of the transition. 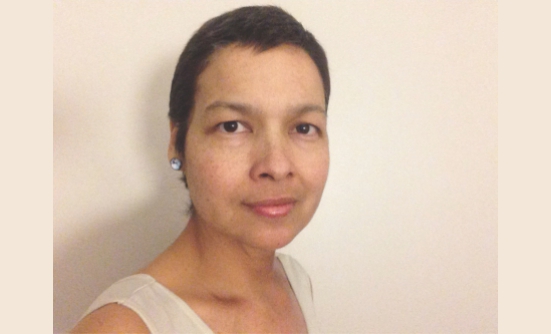