My Wife Has Cancer...What Happens Now? 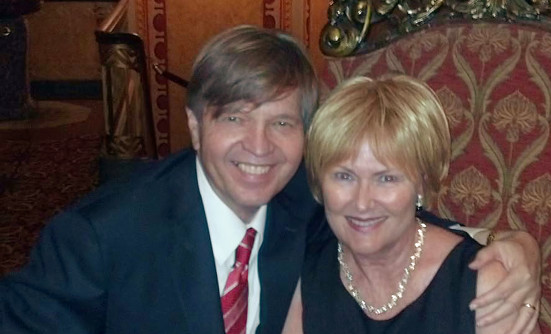 Jack felt obsessive about his role—the need to be by his wife's side around the clock, taking her to every appointment, and refusing the help that their friends and family members offered.
February 2016 Vol 2 No 1
Rose McKay

Jack and Connie were married for 38 years. “We were living the dream,” he says. But the shock of Connie’s diagnosis was like “going 100 miles an hour, only to stop on a dime.”

He describes his wife as the most beautiful and intelligent person he had ever known, but she didn’t have the energy to research her disease, so Jack took on that responsibility.

“She would look at me and ask, ‘What do we do next?’” he says. “I learned everything I could about ovarian cancer, so I was the one in the doctor’s office asking all the questions.” When Connie started to experience blood clots, Jack was the one giving her injections of Lovenox (enoxaparin sodium) twice daily. “I remember thinking, ‘I’ve never given someone a shot. How do I do this?’” he said. “So I found a YouTube video and I watched it over a dozen times.…It’s daunting to be responsible for the life of the person you love most in the world.”

Jack admits that he felt obsessive about his role—the need to be by her side around the clock, taking her to every appointment, and refusing the help that their friends and family members offered.

In addition to running the household and making Connie’s appointments, Jack was confronted with managing a side of himself he didn’t know was there: a deeply emotional side.

“I never cried—I was a real man’s man,” he says. “But I cried a few times. Sometimes I’d wait until I was in the shower so nobody could tell.”

When Connie lost her appetite and thirst as a result of her treatment, Jack said their relationship became more like that of a parent and child, insisting that she eat and drink when she didn’t want to. Despite the overwhelming moments of stress, they kept hope alive, even though their definition of hope changed.

Since Connie passed in September 2014, Jack has spent a lot of time connecting with other men about their caregiving roles and handling the emotions they didn’t know they had. But he also realizes a small blessing from living through this experience.

“I loved her so much,” he said. “I told her every day how much I loved her. But I actually had the chance to show her—that was a gift I realized I had been given.”