Prevention Strategies in the Fight Against Lung Cancer 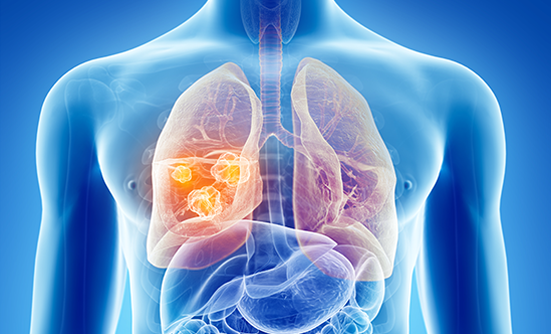 Prevention is an integral part of life. Since lung cancer causes more deaths than any other type of cancer, taking steps to prevent this deadly disease should be a “no-brainer.”
February 2017 Vol 3 No 1
Kristen Chanley

Prevention is an integral part of life. Children are taught to wear helmets and seatbelts to prevent injury. Adults lock their doors and create passwords to avoid theft. Medicine relies heavily on prevention through immunization and blood or other types of testing. So, because lung cancer causes more deaths than any other type of cancer, taking steps to prevent this deadly disease should be a “no-brainer.”

In 2016, more than 158,000 Americans died from lung cancer. In addition, only 18% of patients with lung cancer survive for 5 years or more–the lowest survival rate among the other common cancers; for example, 99% of men with prostate cancer survive for 5 years or more, as do 90% of patients with breast cancer. Part of the reason for this low survival rate is that lung cancer is often diagnosed at a late stage, or after the cancer has spread, when even the best available therapies can no longer cure it.

Although there is no absolute way to prevent lung cancer, the strategies discussed below can significantly reduce the risk for having lung cancer, or ensure that the cancer will be detected early, which greatly improves the chance for a long survival.

Cigarette smoking is the number one risk factor for having lung cancer, and is linked to the majority—80% to 90%—of lung cancers. The risk increases with the number of cigarettes smoked each day, and the number of years spent smoking. People who smoke are 20 times more at risk of lung cancer than nonsmokers. That also means that quitting at any age can significantly lower the risk for cancer.

To quit smoking successfully, the Centers for Disease Control and Prevention recommends developing a quit plan, which includes figuring out smoking triggers and identifying free resources that can help to quit. The National Tobacco Cessation Collaborative offers a free guide, called “What Works? A Guide to Quit Smoking Methods” (see the Patient Resources box). Check these resources to find out what may help you. Some medications and therapies may also aid in smoking cessation, so ask your doctor or your nurse about these options.

So avoid being near people who smoke, or better yet, help them stop smoking.

3. Test the Radon Level in Your Home

Radon is a natural gas that gets trapped in houses and buildings, eventually becoming part of the air you breathe. Radon causes about 20,000 cases of lung cancer annually in the United States, and is the second leading cause of lung cancer.

Experts believe that 1 of every 15 homes in the United States has high radon levels, so it is recommended to test your home for radon. Radon-testing kits are available at home improvement stores, and remedies are available for homes with unsafe radon levels.

4. Avoid Exposure to Asbestos, Other Carcinogens

Certain substances found in some workplaces increase the risk for lung cancer, especially for smokers. These substances include asbestos, arsenic, diesel exhaust, nickel, and chromium. Avoid these substances when possible, and if exposure cannot be avoided because of the type of your work, be sure to take the necessary precautions to protect your lungs.

5. Get Screened for Lung Cancer If You Smoke

People at high risk are those who have smoked heavily—30 years of smoking at least 1 pack a day—or those who currently smoke or have just quit within the past 15 years, and are between ages 55 and 80.

Some genetic abnormalities (mutations or rearrangements) can increase the risk for lung cancer. The main genetic changes known today that are associated with lung cancer are EGFR and ALK mutations, as well as KRAS and ROS-1 mutations. According to the National Cancer Institute, EGFR and KRAS are genetic mutations that are involved in about 50% of cases of lung cancer.