The Song Must Go On: Melissa’s Journey from the Stage to Stage III Cancer 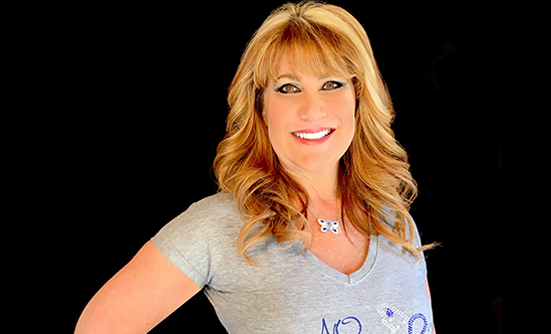 Singer and songwriter Melissa Marshall was 51 when she was diagnosed with colorectal cancer in September 2013. After a lengthy battle Melissa was cured, and began a crusade of inspiration and education.
February 2017 Vol 3 No 1
Kelsey McKnight
No You Cant’cer Foundation Webmaster

Singer and songwriter Melissa Marshall was 51 when she was diagnosed with colorectal cancer in September 2013. She ignored the telltale signs of colorectal cancer and ended up being fitted with an ostomy bag. After a lengthy battle Melissa was cured, and began a crusade of inspiration and education.

Melissa felt the toll of years of dancing on her hips and joints and was scheduled to undergo a routine hip replacement surgery. While prepping for the surgery, she was also dealing with fatigue, rectal bleeding, and weight loss. She assumed that these signs were connected to menopause and the stress before surgery.

After almost 1 year of bleeding, constipation, and irregular bowel movements, Melissa finally confided in a friend about these issues. The friend urged her to speak with a colorectal surgeon who, in turn, put a stop to the planned surgery and sent her for medical tests to determine what was causing these irregularities. The colonoscopy revealed a tumor the size of a golf ball near her sphincter; it was found to be cancerous.

She was diagnosed with stage III colorectal cancer and was fitted with a colostomy bag in November 2013, with little chance of a reversal. This meant that for the rest of her life she would be living with an ostomy bag.

Melissa began chemotherapy on January 31, 2014, and was later undergoing radiation therapy from March to April 2014. She was afraid that because of the ostomy bag, and the months of chemotherapy, she would never be able to resume her singing career.

A Symbol and a Song 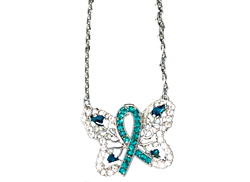 No You Cant’cer butterfly necklace

While recuperating from her ostomy surgery, Melissa had the idea for the No You Cant’cer butterfly necklace, which serves as a token of her fight against colorectal cancer. She designed a butterfly charm from a blue ribbon and had a jeweler set it into a real necklace. Fueled by a new excitement, she penned the song, “No You Cant’cer” about her surprise at being diagnosed with cancer, and how she would persevere in her attempts to overcome it.

Although she was still unsure if she would ever be able to sing again, writing her inspirational song began to heal her.

After receiving her necklace, Melissa’s jewelry became her trademark, and she wore the piece every day. It garnered interest from strangers, for its beauty and for what the blue ribbon represented.

Melissa found herself sharing her story with others, many of whom didn’t know what an ostomy bag was. She realized there were many misconceptions about the life-saving bag, and some people thought it was unclean, undesirable, or even unnecessary.

Because of these misconceptions, Melissa decided to devote her life to educating the public about colorectal health, and the use of ostomy bags. This led to the creation of the No You Cant’cer Foundation.

After she was cancer free in July 2014, Melissa found that she had the voice, and the courage, to empower more people to say, “No You Cant’cer.” In early June 2015, she recorded “No You Cant’cer” and began to establish her new nonprofit organization.

She also developed the idea for “It’s in the Bag”—an educational pamphlet that will eventually be available in all hospitals and offices of doctors dealing with colorectal cancer.

These publications will provide information to support groups to dispel myths about ostomy and offer facts to help others take charge of their colorectal health.

Colorectal cancer is not “glamorous,” and many patients are not comfortable discussing it, unlike patients with many other types of cancer.

On March 21, 2019, Melissa is holding the Third Annual No You Cant'cer Foundation Fundraiser "Broadway on the Boardwalk" in Atlantic City, NJ, to celebrate another year of furthering colorectal cancer and ostomy awareness and education. For more information or to purchase tickets, visit www.noyoucantcerfoundation.org/no-you-cant-cer-annual-fundraiser by March 9.

Watch Melissa Marshall perform her song “No You Cant’cer” at the 2017 Hero of Hope event:
https://conquer-magazine.com/interactive-media/video-library/566-no-you-cant-cer-ballad-arrangment 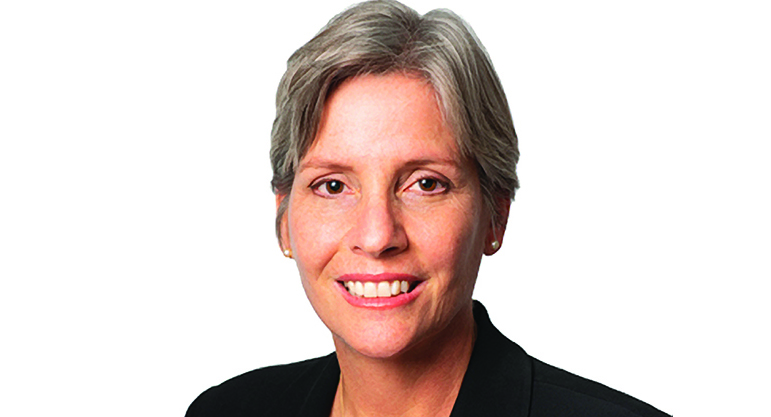 Patient Stories
Life After a Cancer Diagnosis
By Gail Silver
When I received chemotherapy and lost my hair, I never bothered with a wig and always just wore a bandana or scarf. 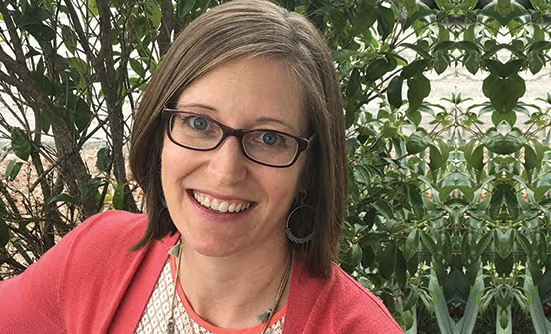 Patient Stories
First Love Yourself: Picking Up the Pieces
By Mia Brister
It all shattered into a million diminutive pieces, at least that’s what my world felt like after I heard the emergency room doctor telling me I was ­being admitted to the hospital, because my CT scan showed possible tumors.

Hero of HopePatient Stories
My Journey as an Expectant Mother Diagnosed with Cancer
By Kirsten Arbon
2019 Hero of Hope Patient Award winner Kirstin Arbon speaks about her experience of being treated for cancer while pregnant, and offers advice to survivors and their loved ones.
Last modified: March 5, 2019