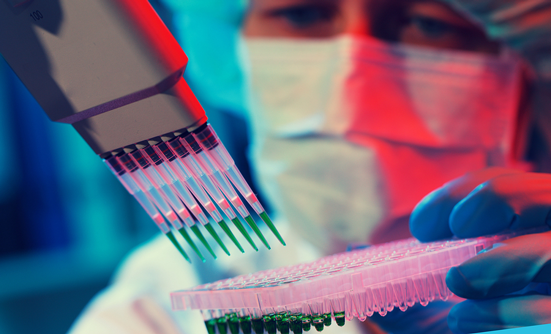 “It’s important for survivors to talk to their providers about this, even if they’ve had genetic testing a long time ago. The technology has rapidly changed in the past 3 to 10 years,” said Dr. Kapoor of the Encino Breast Care Center.
June 2017 Vol 3 No 3
Chase Doyle

A recent test that evaluates the presence of many genetic changes can benefit cancer survivors even years after treatment has ended, according to Nimmi Kapoor, MD, a surgical oncologist and Medical Director of Breastlink at the Encino Breast Care Center.

Dr. Kapoor discussed the benefits of being tested with this new test that involves many genes, not only a specific gene, during the 2016 Cancer Survivorship Symposium.

“It’s important for survivors to talk to their providers about this, even if they’ve had genetic testing a long time ago. The technology has rapidly changed in the past 3 to 10 years,” Dr. Kapoor said.

“You can test for these mutations individually,” said Dr. Kapoor, “but it’s much more efficient and much more cost-effective to do them all at once.”

In one study, among 187 cancer survivors tested with the new multigene test, 10 had 11 genetic changes that are strongly associated with breast cancer.

Although not having BRCA1 and BRCA2 genetic mutations may reassure breast cancer survivors, there are many other genetic changes that are related to other types of cancer.

“The PTEN mutation carries a risk of breast cancer between 67% to 85%,” Dr. Kapoor said, “so it’s really possible to detect and prevent second cancers if you do testing in survivors.”

One case in particular prompted Dr. Kapoor’s participation at the Survivorship Symposium—a patient with a small breast tumor at age 40 whose cancer was removed.

“The patient had a family history of cancer, but was BRCA1/2 negative; 15 years later, once testing was available, we tested her with the panel and found a PTEN mutation,” Dr. Kapoor said.

Because of her family history, this patient opted to have double mastectomy (removal of both breasts) for prevention.

“I don’t know how long it would have taken to become an invasive cancer, but my other PTEN patient had 2 cancers before she got tested,” said Dr. Kapoor.

That mutation caused her breast cancer, but it also increased her risk for ovarian cancer. The patient had her ovaries removed to prevent ovarian cancer.

Just as important perhaps, the discovery of this mutation led to testing the patient’s entire family and possibly prevented unnecessary surgery.

“We were able to test her family and stop her daughters from getting oophorectomies [removal of the ovaries] because of the family history,” said Dr. Kapoor. She emphasized that women who are not testing positive on the multigene have no reason to remove their ovaries, because they don’t carry a genetic risk for ovarian cancer.

Why Should I Get Tested?

These are only 2 examples. Each of the 43 genetic mutations that can be found by the multigene test can detect a risk for a different type of cancer, which explains why this test is better than using a test for one specific gene, such as BRCA1 or BRCA2, the well-known genetic alterations associated with increased risk for breast cancer.

“Survivors need to take advantage of this technology,” Dr. Kapoor concluded. “Don’t be left out of the conversation of genetic testing just because you were tested a long time ago,” she said.