Anything But Routine: Fertility Preservation Story of Hope 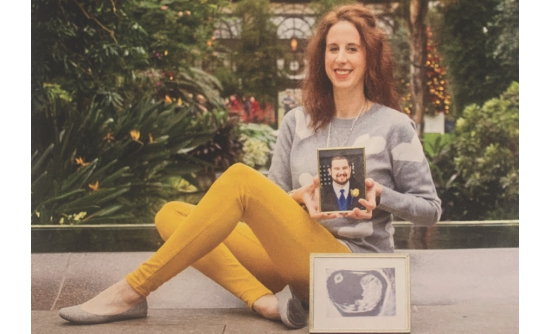 Megan Solinger, MHS, MA, OPN-CG, talks about the hard lessons she’s learned as a patient navigator and the amazing results of her first experience as a fertility preservation navigator.
December 2020 Vol 6 No 6 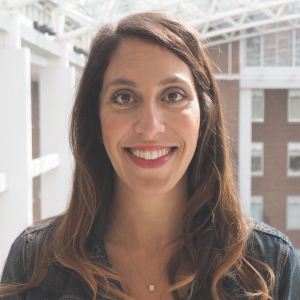 What we do as patient and nurse navigators every day is just that, a thing we do on a routine basis. However, some conversations and the entire cancer experience are not routine for patients and their families. What may be regular conversations for us may be a once-in-a-lifetime conversation for the patient.

One such conversation is about infertility and fertility preservation. Many patients with cancer have no idea that their cancer treatment may cause temporary or permanent infertility. To us, it’s a box to check, a topic we must address with patients and their families. Some conversations are done as close to the diagnosis as possible. For the patient, these conversations are an unexpected and additional shock.

When patients hear the “C word,” especially as young adults, they are often in disbelief and grappling with their mortality. Add a fertility preservation conversation and a pressing decision to the whirlwind of tests and appointments, it is no wonder that how patients and their family receive this information is unpredictable and stressful.

As navigators, it is imperative that we have these tough conversations and learn to adapt to each patient. However, we have not always been “experts,” and had to figure out how to have infertility and fertility preservation conversations, and all the unpredictable circumstances that come with it. There is no comprehensive manual for that. Which brings me back to my very first fertility preservation consult as a new Adolescent and Young Adult (AYA) Patient Navigator.

In 2017, I had a career change and had to learn everything about this new position. I understood early on that the fertility preservation conversation was unique to my position. Now that there was an AYA Patient Navigator back on staff, I was immediately needed. There was no easing into these discussions.

The logistics of fertility preservation is like a recipe: you can follow step by step what to do, and your product should turn out fine. That is, until you are missing an ingredient. The recipe, or step by step, does not tell you how to deal with the unknown. Every consult and patient have their unique circumstances and unknowns, which I didn’t realize at first.

My first fertility preservation consult started as expected: I entered the room of the newly diagnosed patient, handouts in hand, my heart pounding, and my stress level off the chart, hoping the family couldn’t tell how nervous I was. I was anxious that everything would go “as planned,” and that the step-by-step instructions I inherited from my predecessor were flawless. I wanted everything to go without a hitch, so the patient’s life-saving treatment for acute leukemia could begin immediately, with no delay because of my inexperience.

The patient was 29 years old who was diagnosed with acute leukemia and was therefore immediately admitted to the hospital; the tests and scans were done at lightning speed to start his treatment. That meant my window to discuss, let the family decide, and pull off my first fertility preservation consult was short.

Like many young adult patients, he was engaged to be married in 3 months; he and his fiancé both had careers, pets, and a full life ahead of them. Then cancer happened. The patient was surrounded by his adoring fiancé and supportive family, all ready to help him fight for his life. Initially, they were not aware that biological children could be out of the question, because of his diagnosis and treatment. That is, until we had “the talk.”

The step-by-step logistics were a godsend. They helped me help the patient, from completing the paperwork, to what infectious disease laboratory tests needed to be ordered, to the packaging and shipping process. It may seem simple, but I was nervous, knowing that we had one shot at doing this correctly, and getting his sperm sample to the andrology lab (in New Jersey) within a specified time for the sample to be viable.

The sperm collection was easy. The rest of the story was not.

The patient finished his induction chemotherapy and was well enough to be discharged in August 2017, now barely 30 years old. But the joy of going home was short-lived. He soon began to have severe side effects from chemotherapy and was back at his local hospital, then airlifted to the hospital where he received treatment for his leukemia. Unfortunately, the patient died from severe toxicity.

I had always thought, based on what I saw on television or in movies, that I would be able to tell when a patient with cancer was not going to survive. That’s the fallacy portrayed by the media. I couldn’t have been more wrong. As a new navigator, this was a huge lesson that I will always carry with me.

A few days later, the patient’s parents knocked on my office door, which was difficult to find and not a place anyone came to meet me. Our eyes locked, and my heart sank. Their grief was palpable. I know it was in the air at the hospital too. As much as the oncologists and medical team see death, this one rattled everyone. It was a reminder that although some things are routine, they can still hit us in unexpected ways.

Although this story is the epitome of tragic, it does have a happy ending.

The day his parents came to visit, I learned a lesson the hard way. If I can learn things the hard way and save someone else from having to do so, I’ve done my job.

That day, I found that my recipe was missing a step. The family, on top of their overwhelming grief, had to deal with the logistics and legalities that happen when a person dies. That missed step caused them additional stress, money, and legal inconveniences.

What was missing? The step that I now know to bring up with patients and families is that of designating a legal decision maker in the event, even if very unlikely, that a decision is needed about what to do with the patient’s sperm sample (or eggs and embryos for women) that were cryopreserved as part of the fertility preservation process.

The family couldn’t have been more gracious, and they explained that they were telling me that so I could bring this up with future patients and provide the proper document to designate this key person, just in case.

With the help of a lawyer, the family had figured out all the legalities related to who “owns” the patient’s sample and who could make any decisions about what to do with it (discard, donate, keep in storage, or use at a later point). 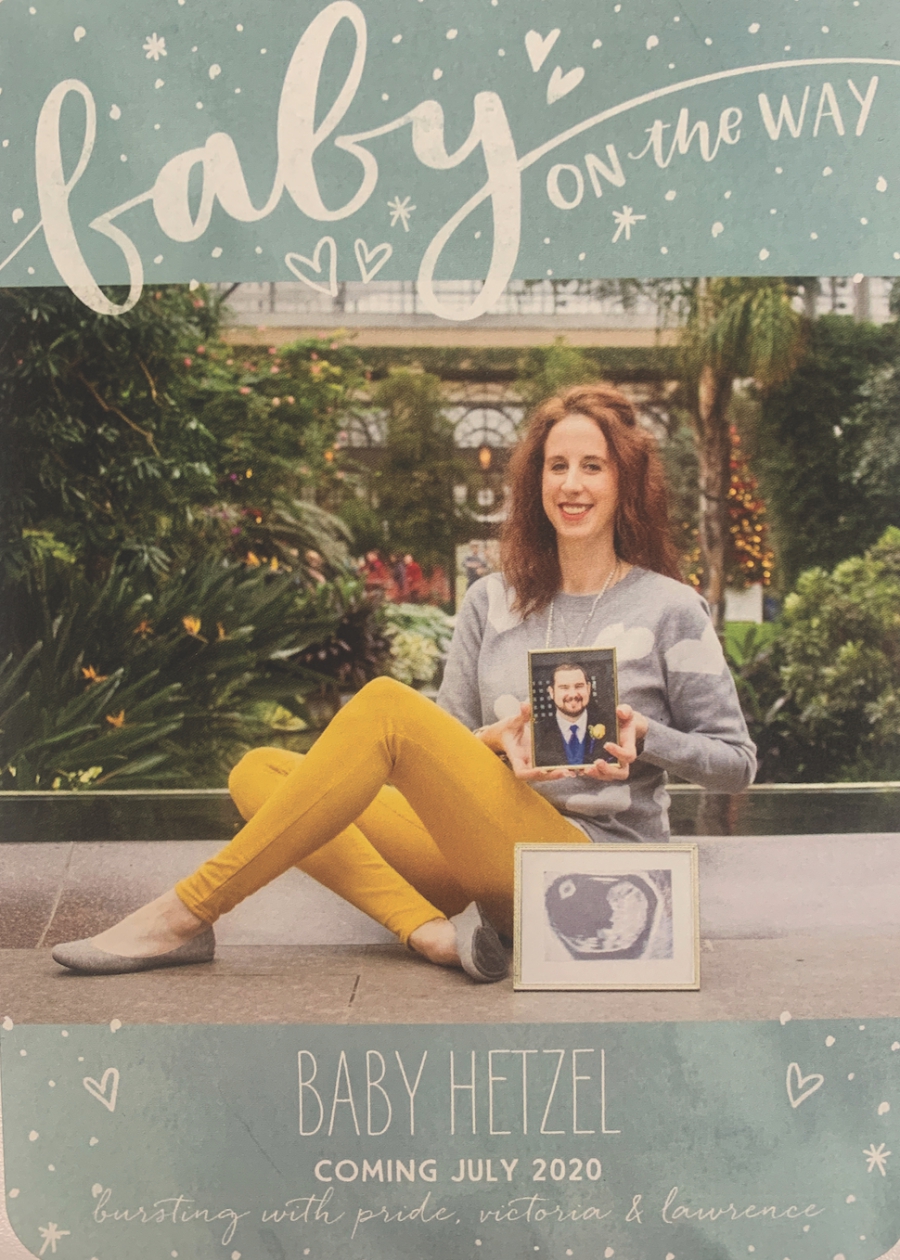 Fast forward to January 2020. I arrived at our headquarters and found on my desk an envelope. I opened it with no idea what was inside, so you should have seen my face when I opened the envelope to reveal what was inside. Tears began streaming as I saw a beautiful pregnancy announcement from the patient’s widowed fiancé, Vicki.

On the front was a single picture of Vicki, glowing while she was holding a very handsome picture of her late fiancé, Larry, and another picture from a recent sonogram, announcing that a very special baby was on the way.

More touching than the picture was the hand-written note on the back: “Thank you for all that you do! Because we had the opportunity to preserve Larry’s sample before chemotherapy, I’m ecstatic to announce that I’m having the child we always dreamed of. I hope our story lives on to encourage other young adults to do the same.”

This was one of my most emotional moments as an AYA Patient Navigator. It was the ultimate example of perseverance and resilience in the face of tragedy. It was a moment full of grief and hope. This was the true validation and reminder of why I do what I do, including having those hard conversations, making mistakes, solving problems, and advocating for patients. 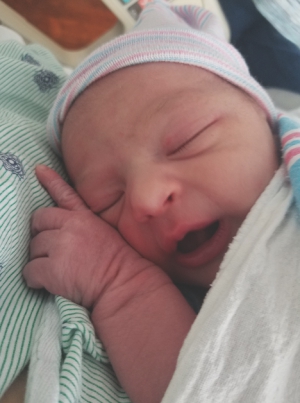 Too often I think that as navigators, we fall into routines (there’s that word again), and forget there’s a bigger purpose to what we do. This was a reminder that although the things we do may seem small or insignificant to us, they may mean much more to the patient than we may ever imagine.

This story is a testament that some things take time, and while seemingly routine or small, they may turn out to be something that changes someone’s life in ways that we could not have imagined.

On February 22, 2020, the Ulman Foundation had its annual gala—Blue Jeans and Bow Ties. The Hetzel family was invited as guests of honor. When their story of hope was shared, the entire venue gave them a standing ovation.

In the interim, I went to a friend’s child’s first birthday party. I knew that my friend had in vitro fertilization (or IVF) to get pregnant. As I was telling my friend about this amazing story, she looked at me and said, “I donated my extra medication to a Vicki.” (Surplus medication donation is common and sterile.) It ends up that this was the very same Vicki, Larry’s fiancé.

On July 11, 2020, in honor of her late father, Larry, Wren Josephine was born—happy, healthy, and surrounded by the most supportive and loving family, and in the most meaningful way possible to remember someone so loved and gone too soon! Wren is derived from her dad’s name, LaWRENce.

What a beautifully tragic circle of life story, and the ultimate living legacy that would not have been possible without an imperfect recipe, modern science, and a difficult initial conversation about fertility preservation and family planning. 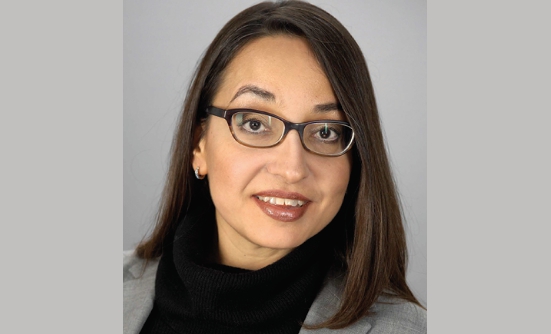 Breast CancerFrom Your Navigator
Why Nurse Navigators Are Vital for Patients Living with Breast Cancer
By Fazila Seker, PhD 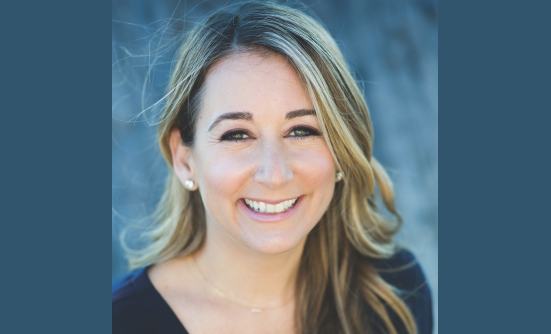 Fertility PreservationPatient AdvocacyPatient Stories
Three Words Is All It Took for My Life to Change Drastically: The Chick Mission
By Amanda Rice
Amanda Rice was 37 when she was diagnosed with breast cancer for the first time. She describes her decision to freeze her eggs after her diagnosis, which led her to launch the nonprofit organization The Chick Mission to educate women on the impact of cancer treatment on becoming mothers. 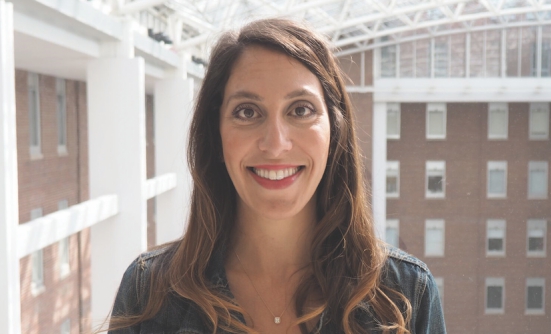