Rex Jones found a unique way to keep his mood upbeat and spread good vibes to others during his chemotherapy for lymphoma.
June 2020 Vol 6 No 3 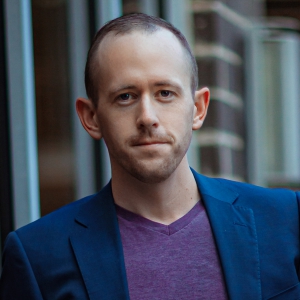 Once you have been handed a cancer diagnosis, everything else inevitably changes. In a very real sense, your entire life gets a complete overhaul, whether you want it or not. Some changes are for the better, others are less favorable, but life simply won’t be the same again.

In the back of my head, I had always vaguely known that there were many thousands of people who had to live with cancer, but I never ever thought that I would join the ranks of those people.

In fact, I had taken significant pride about the way I have been leading my life and my lifestyle choices. I exercised regularly, I did my best to eat healthy, and have avoided chemicals and toxins as much as possible. But reality checked me in the face very abruptly, when I was told I had the deadly disease.

I have only read a handful of stories from patients with cancer or cancer survivors, and I participate in several online cancer support groups, primarily on Facebook, but I have read enough to know what people often talk about when it comes relatively to sharing stories.

I want to remind my fellow patients with cancer who read this story that your journey is your journey. Don’t waste any time comparing your experience to anyone else’s, especially mine. I say especially mine, because I feel that I was quite lucky in terms of this “cancer business.” I am simply writing this to offer my quirky, bizarre perspective about this cancer journey.

I was diagnosed with Hodgkin lymphoma in July 2019, which was a stage IB disease, a relatively early stage, and I began chemotherapy in August 2019. I finished chemotherapy and radiation, and toward the end of January 2020 I was told that the cancer was in remission (meaning there was no sign of cancer).

My treatment plan was rather mild compared with the often-terrifying treatment plans that some patients go through. I consider myself about as lucky as anyone diagnosed with cancer could be.

Like most people who are handed a cancer diagnosis, I was stunned when my biopsy results came back positive for lymphoma. I cannot remember much from the rest of that appointment. I was there alone, just for a follow-up meeting with the doctor to review my lab results, because nobody expected anything dramatic to come from the labs.

I remember the doctor talking a lot, and asking if I understood what he was saying, but I only remember nodding quietly, and then walking alone back to my car. After that, I spent the next 2 hours just terrified about what my future would hold.

Those 2 hours were the longest of my life, but I had a realization later that afternoon that would ultimately shape my attitude and outlook concerning my own mortality and treatment options. Once I came around to the point of realization that there was no escaping this, that things were actually out of my control with this challenge, I resolved to find ways to make it as much of a positive experience as I could.

I made the decision that afternoon that my cancer was going to be an opportunity to try and flip those odds a bit. I refused to be a patient with cancer who spent his time being depressed, irritable, or difficult.

Cancer is hard enough for all those involved, and I didn’t want to make the experience worse for anyone around me. Enter the chemo costumes. 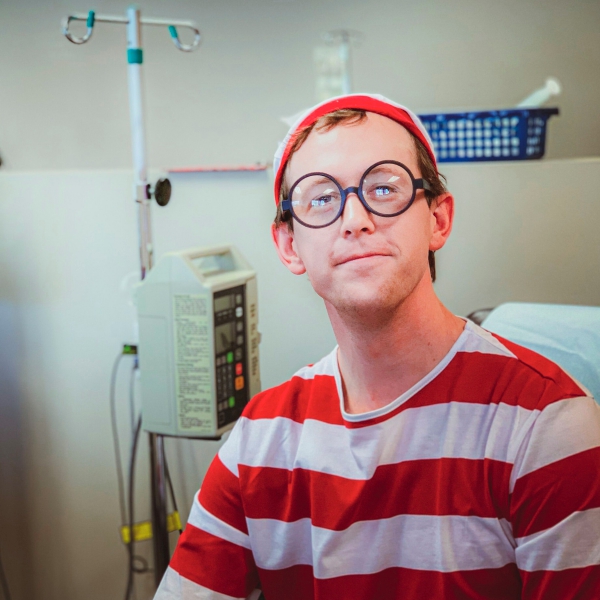 Yes, you read that correctly. Chemo costumes. I am sitting in my chair here, writing this, laughing at myself for the complete ridiculousness of it all. I wore costumes of various characters to every single one of my chemotherapy appointments. I wanted to be the patient who brought a smile to those around me, not the one who carried any negative energy around with him.

The costumes clearly served their purpose—my medical staff and fellow patients alike found the ridiculous outfits to be as hilarious as I thought they were in my own head.

It came to the point where, when people got accustomed to my treatment schedule, they knew that this eccentric 30-year-old patient with cancer would be walking into the clinic in an outfit designed to be more ridiculous than the previous ones.

I even had chemotherapy scheduled for Halloween day. By that point, I had already had several infusions, so everyone was used to me showing up in costumes, which meant Halloween necessitated an even more ridiculous outfit, because I had to outdo the previous costumes for the biggest costume day of the year, right? 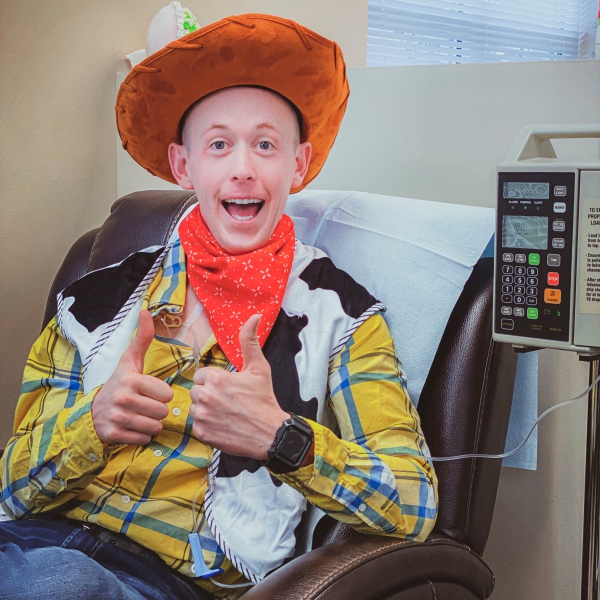 I showed up in a full-blown Tyrannosaurus Rex outfit and stormed the entire place, burst in on all the doctors who were not busy seeing patients, and made my rounds around the entire building before settling into my chair for the infusion. It’s such a silly idea, if you just think about the base idea of dressing up for what is arguably one of the most difficult moments of your life, but it helped me to turn something depressing into something that spread some good solid laughs around.

To be clear, I’m not advocating that we need more patients with cancer to dress up for their treatments; rather, I firmly believe that this whole scary experience can be made better when we don’t let it stop us from being ourselves.

I believe that positive emotions trump negative feelings every time. I would encourage any fellow patients with cancer who read this story to find something—anything—that gives you something positive to focus on while you go through such a difficult journey. Maybe it’s a love of books, or movies, or games, or some form of artistic expression.

But please, make an effort to do something for yourself that is solely there to give you a positive thing to focus on. It sucks, I know it does. I have been there; but whatever positivity you can inject into the environment will have a much bigger impact than you could imagine. Trust me. 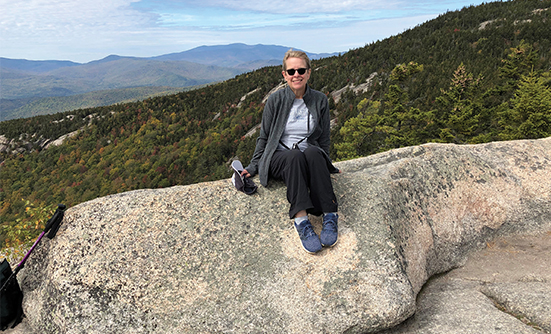 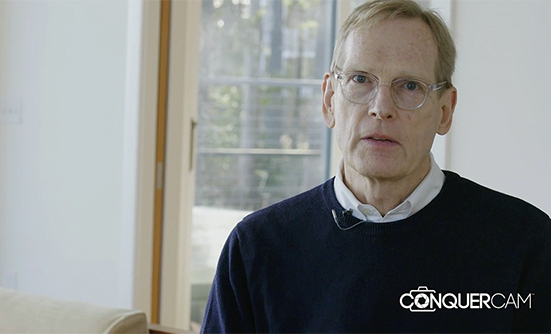 CONQUER CamLymphomaPatient Stories
CONQUER Cam: A Spotlight on Brad Power
By Brad Power
Bradford Power took the credibility he had as a patient diagnosed with cancer and used it to fuel his purpose and mission of helping others navigate their cancer diagnosis and treatment. 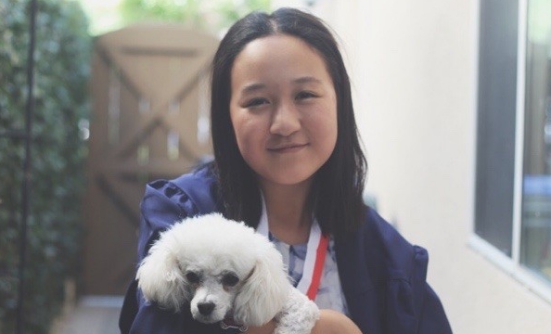 Brain CancerPatient StoriesPediatric Cancer
The Invisible and Visible Scars of Cancer
By Ellen Chun
Teenagers often feel they are immune from cancer, says Ellen Chun, who was diagnosed with a rare brain cancer at age 18. Before her diagnosis she had many unexplained symptoms. Through cancer she learned to advocate for herself, an experience she shares to guide other young people facing cancer. 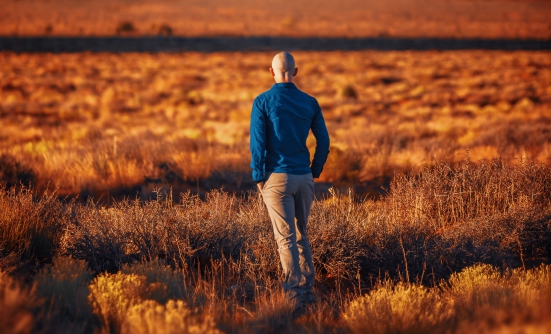