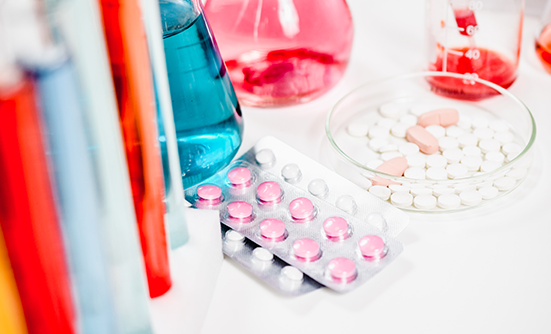 New findings show that starting with a targeted therapy regimen instead of chemotherapy improves outcomes for patients with chronic lymphocytic leukemia, particularly for those under age 70.
December 2018 Vol 4 No 5
Dana Taylor

New findings reported in early December at the 2018 Annual Meeting of the American Society of Hematology provide good news for patients with chronic lymphocytic leukemia (CLL) who are younger than age 70. According to findings reported at the meeting from a phase 3 clinical trial known as ECOG-ACRIN 1912, starting therapy with a targeted therapy instead of starting with a chemotherapy regimen improves outcomes in patients with CLL, specifically for patients under age 70.

Overall, the results showed that using the oral pill Imbruvica and then adding Rituxan extended the time of survival without signs of the disease by 65% and the time of overall survival by 83% compared with the current standard of care of starting treatment with the intravenous (IV) chemotherapy plus Rituxan regimen.

This study is the first phase 3 clinical trial that has compared the use of Imbruvica plus Rituxan versus the standard of care of chemotherapy plus Rituxan as the first treatment in patients with CLL younger than age 70.

“We found that ibrutinib-based therapy is both more effective and less toxic than our previous best therapy for patients with CLL who are age 70 and under,” said lead study investigator Tait D. Shanafelt, MD, a Hematology Professor at Stanford University School of Medicine in California.

“These findings have immediate practice-changing implications. They establish the combination of ibrutinib plus rituximab as the most effective first-line treatment to date for CLL patients age 70 and younger,” Dr. Shanafelt said.

He explained that younger patients with CLL are at an increased risk for death, because CLL usually occurs at an older age, around age 70 or later. Therefore, finding a treatment that improves their condition and extends their survival is significant and is good news for patients and their doctors.

“In this group of patients, CLL has a greater impact on life expectancy, because their CLL developed at a younger age than is typical. Patients enrolled in the trial were a higher-risk group than in historical studies,” he added.

At an average time of almost 3 years (33.4 months), the average time without CLL progression and the overall survival were not reached, meaning that patients continued to respond to treatment with the targeted therapy of Imbruvica plus Rituxan. Furthermore, the use of the oral targeted therapy regimen reduced the likelihood that the disease will progress by more than half (65%) compared with the chemotherapy regimen.

Another important benefit of using the combination of Imbruvica and Rituxan is the significantly fewer side effects seen with this treatment option than with the chemotherapy regimen. Severe (grades 3 to 5) side effects were reported in 58.5% of the patients who received Imbruvica and Rituxan compared with 72% of patients who received the chemotherapy regimen, a significantly lower rate of serious side effects.

Dr. Shanafelt and other experts pointed out at the meeting that these findings represent a paradigm shift, namely, a change in current practice from using 6 months of IV chemotherapy to an unlimited treatment time with the oral therapy.

“The most important take-home message is that this late-breaking study demonstrates a paradigm shift away from chemotherapy to targeted therapy to improve outcomes for our patients,” said Aaron Gerds, MD, MS, Assistant Professor in the department of Hematology and Medical Oncology at the Cleveland Clinic Taussig Cancer Institute in Ohio. “This study should change practice.”