Being Your Own Advocate: A Mother’s Journey with ALK-Positive Lung Cancer

Laura Greco, a mother of 4, was shocked when a CT scan done after a car accident revealed that she had stage III non–small-cell lung cancer with ALK mutation. Now she works as a patient advocate to fight the stigma linked to lung cancer, which often results in late diagnosis and worse outcomes.
August 2019 Vol 5 No 4

Lung cancer is a common and deadly form of cancer, and although many of us are familiar with this disease, few people are aware of the complexities that lie beneath the surface. Non–small-cell lung cancer (NSCLC) is the most common form of lung cancer, accounting for about 80% to 85% of all lung cancer cases.1

A translocation in the anaplastic lymphoma kinase (ALK) gene identifies a subtype of NSCLC known as ALK-positive NSCLC, which is predominantly classified as adenocarcinoma. About 3% to 5% of people with NSCLC have the ALK gene mutation.2,3 The discovery of these mutations, and the availability of diagnostic tests to detect them, have made it possible to understand the development of this type of lung cancer, which has allowed researchers to develop treatments that specifically target this type of cancer.

Over the years, I’ve had the honor of speaking with people from different backgrounds who are determined to improve the lives of people who are diagnosed and living with ALK-positive NSCLC. I’ve also learned that although many advancements have been made, more need to be done to help patients and physicians in understanding the importance of diagnostic testing and treatment sequencing to drive treatment decisions.

I recently had the opportunity to speak with Laura Greco, a lawyer, mom, lung cancer survivor, and a patient advocate who has made it her mission to address these challenges with the goal of empowering people who are living with ALK-positive NSCLC to take an active role in their treatment decisions. The following questions and answers are some of the topics we discussed.

Q Can you tell me about yourself, and how you were diagnosed with lung cancer? 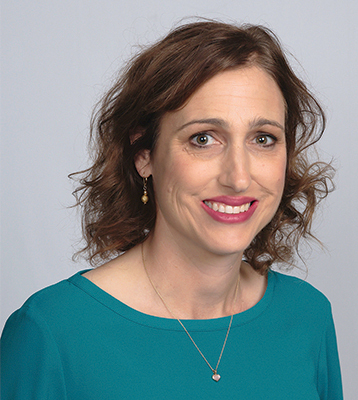 Ms. Greco: In February 2015, I was a healthy 40-year-old mother of 2 children. On a snowy day in upstate New York, I was driving my son home from ski lessons when we had a car accident. We were rushed to the hospital, where doctors performed trauma CT scans on us. My scans didn’t show any accident-related injuries, but they did show a mass in my lungs. The doctors immediately downplayed the seriousness of this finding, saying, “We see this all the time,” acknowledging that I was young, a non-smoker, and didn’t have shortness of breath or unexplained weight loss. However, they did advise me to follow up with my primary care physician on this nodule.

I eventually saw my doctor, mostly because I still felt foggy from the car accident. While there, I told her about the nodule in my lung that was discovered after the accident. After reviewing my trauma scans, she said that what I referred to as “a nodule” was in fact a 3.75-cm mass. I immediately scheduled an appointment with the first pulmonologist who could see me.

When the biopsy results came back, they confirmed that I had adenocarcinoma—the most common type of NSCLC seen in non-smokers, according to the American Cancer Society.1

Q When were you told you had ALK-positive NSCLC?

Ms. Greco: It was about 2 months after my car accident—after 3 biopsies with multiple specialists—when my diagnosis of stage IIIA ALK-positive NSCLC was confirmed. I live in a rural area, so it’s hard to find available doctors. I ultimately decided to get my treatment at the Dana-Farber Cancer Institute in Boston, a leading cancer center.

Q What would you say to other patients who have been diagnosed with lung cancer but have not been tested for genetic mutations?

Ms. Greco: For my diagnosis, I ended up having 3 different biopsies, but if I had known better, I might have avoided at least 1 of them and saved a few weeks to get the diagnosis. Once you get diagnosed, it feels like time slows down, when all you want to do is get the cancer out.

Patients need to insist on getting tested for genetic mutations as early and as thoroughly as possible, so they can determine with their doctor the best treatment for them—at diagnosis and throughout the duration of treatment. Next-generation sequencing is a new type of testing that can test for many genetic mutations in 1 single test.

Q As a person with lung cancer, have you ever felt you were treated differently from people with other types of cancer?

Ms. Greco: I’m treated differently all the time. Some of my friends are doctors, and the first thing many of them said to me was, “I didn’t know you smoked.” If you are a non-smoker, doctors and other people question you about your exposure to smoking. They try to find a reason for your lung cancer, looking for a way to feel that they could protect themselves against it. The truth is that anyone can get this cancer. As we learn more about lung cancer, I think we will find that the cause of lung cancer is very nuanced.

Q How can advocacy groups, pharmaceutical companies, and other people within the industry better support patients with lung cancer?

Ms. Greco: We first need to shine a light on lung cancer. People don’t like to talk about it, and many won’t disclose that they have lung cancer, because of the stigma that comes with it in relation to smoking. Everybody deserves a cure, treatment, and compassion, regardless of their smoking history.

We need more research to determine the causes of all types of lung cancer. I have 2 children, aged 7 and 10, and there is a probability that I will not be alive to see them graduate high school. That is unacceptable to me.

We also need more funding to find a cure. There is no reason why lung cancer, which is responsible for nearly one-third of all cancer deaths in the United States, receives only about 6% of the federal funding that is provided for cancer research, based on current statistics.4,5

Finally, we need better clinical trials that are designed with the patient in mind. This may mean providing financial support to patients to cover travel costs to and from the cancer center that is conducting the study. Another suggestion could be to consider hosting clinical trials closer to patients’ homes and reviewing study exclusion criteria to ensure that any potential barriers for patient participation are minimized.

Q What is one thing you want people to understand about people who are living with lung cancer?

Ms. Greco: It is important that patients advocate for themselves. Do your own research, and seek out care from a doctor who specializes in your type of cancer, so you can make better informed decisions together. 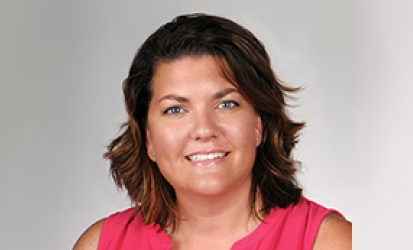 Lung Cancer
What Do I Need to Know? A Guide for the Newly Diagnosed Person with Lung Cancer
By Claudia T Miller, BSN, RN, OCN, ONN-CG
The treatment landscape of lung cancer has changed dramatically in the past 5 years. New immunotherapies have significantly improved survival. Learn about your diagnosis and the current treatment options. 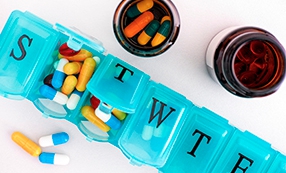 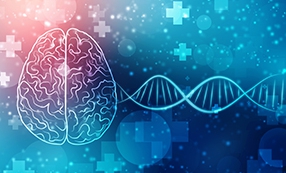