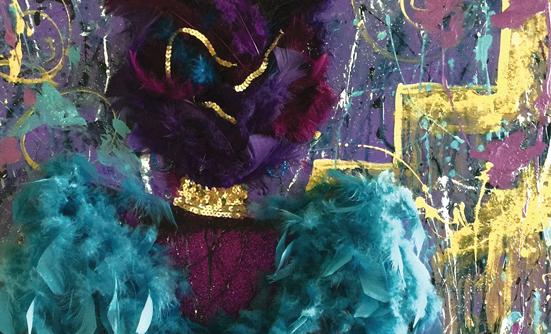 As a retired college professor, Dr. McElhiney uses her personal experience with ovarian cancer to advocate for other patients, urging faster development of new treatment options.
October 2019 Vol 5 No 5

The Power of Information

In July 2008, at age 67, I was diagnosed with advanced (stage IIIC) ovarian cancer. I was incompletely debulked (still had cancer after surgery) and was told I had a 25% to 35% chance of surviving 5 years. Needless to say—I was devastated.

My son, Ben McElhiney, was then a pharmaceutical representative for SmithKline Beecham (now GlaxoSmithKline), and he called on a gynecologist onco­logist, Randy Gibbs, MD, at the Billings Clinic in Montana. When I was diagnosed, Ben called Dr. Gibbs, who told him that many patients with ovarian cancer were helped by adding to the then gold standard treatment with chemotherapy (carboplatin and paclitaxel) a nonchemotherapy drug called Avastin.

This drug had not yet been approved by the FDA for ovarian cancer, but it was available for free through a clinical trial (GOG 218); however, if the patient in the trial wanted to be sure she would get this drug, it would cost her $6,500 every 3 weeks. The treatment protocol in the clinical trial was 6 rounds of chemotherapy with carboplatin and paclitaxel, plus Avastin, followed by 1 year of maintenance therapy with Avastin only.

A Life-Saving Drug, at Huge Cost or Free?

Our family convened, discussed the pros and cons of my taking the drug and decided that using my retirement savings from college teaching was risky but, we hoped, a life-saving choice. At the time, my retired husband and I had been spending summers in Colorado and winters in California. After my debulking surgery in Denver in July 2008, I received 4 treatments, at a cost of $6,500 each, in Colorado. That October, we returned to Palm Desert, California, and I continued my treatment at the Lucy Curci Cancer Center at Eisenhower Hospital.

At the end of December 2008, I completed 6 rounds of treatment and gave Eisenhower Hospital, in Palm Desert, a check for $13,000. To my complete surprise, my check was returned, because Medicare covered the cost of this drug (Avastin) in California.

I was grateful, but perplexed: why was a drug covered in one state and not another? I shared this experience with Colorado ovarian cancer survivors. We learned that Medicare coverage was determined by different contractors in different states; therefore, a drug could be covered in one part of the country and not in another.

We lobbied our state rep­resentatives and, eventually, Avastin was covered in Colo­rado for people with recurrent (returning) ovarian cancer, but not for first-line treatment.1

In July 2018, I completed 10 years of being in remission, thanks to Dr. Gibbs and Ben’s advice. Just a month earlier, in June 2018, Avastin was finally approved by the FDA for first-line treatment in women with advanced (stage III or IV) ovarian cancer.2

However, during those 10 years before its approval, I’ve watched too many sister survivors die of this disease. No one knows if their cancer would have responded to Avastin as mine did, but the FDA approval process still takes far too long, and many lives are lost in the interim.

Precisely because of my own good fortune, I’ve become an ovarian cancer advocate for the Colorado Ovarian Cancer Alliance, and for the Clearity Foundation, a San Diego molecular-profiling nonprofit organization for ovarian tumors. I’ve also served as a consumer advocate on a committee for the Department of Defense Ovarian Cancer Research Program. This committee reads and ranks findings for research proposals for ovarian cancer.

The silver lining for me is that now, at age 78 (11 years in remission from ovarian cancer, and retirement from a satisfying career as a college professor), I have a new purpose in life besides surviving. My purpose is to see that each newly diagnosed ovarian cancer patient gets the best treatment possible to help her survive.

In 11 years, the treatment for ovarian cancer has made progress, but far too slowly. Therefore, my hope is that every woman diagnosed with ovarian cancer will step forward, share her experience, and work toward the goal of speeding up research and drug approval. That also means more money for ovarian cancer than the $109 million allocated for ovarian cancer research in 2017 compared with the amount of money allocated to breast cancer ($545 million) or to prostate cancer ($223 million) in the same period.5

Despite some progress, the rate of survival for women with ovarian cancer is still quite low, and the current rate of cancer recurrence is extremely high. Perhaps if research produces tests for early diagnosis and more effective first-line treatment options, including for maintenance, more ovarian cancer survivors will live longer, healthier lives. 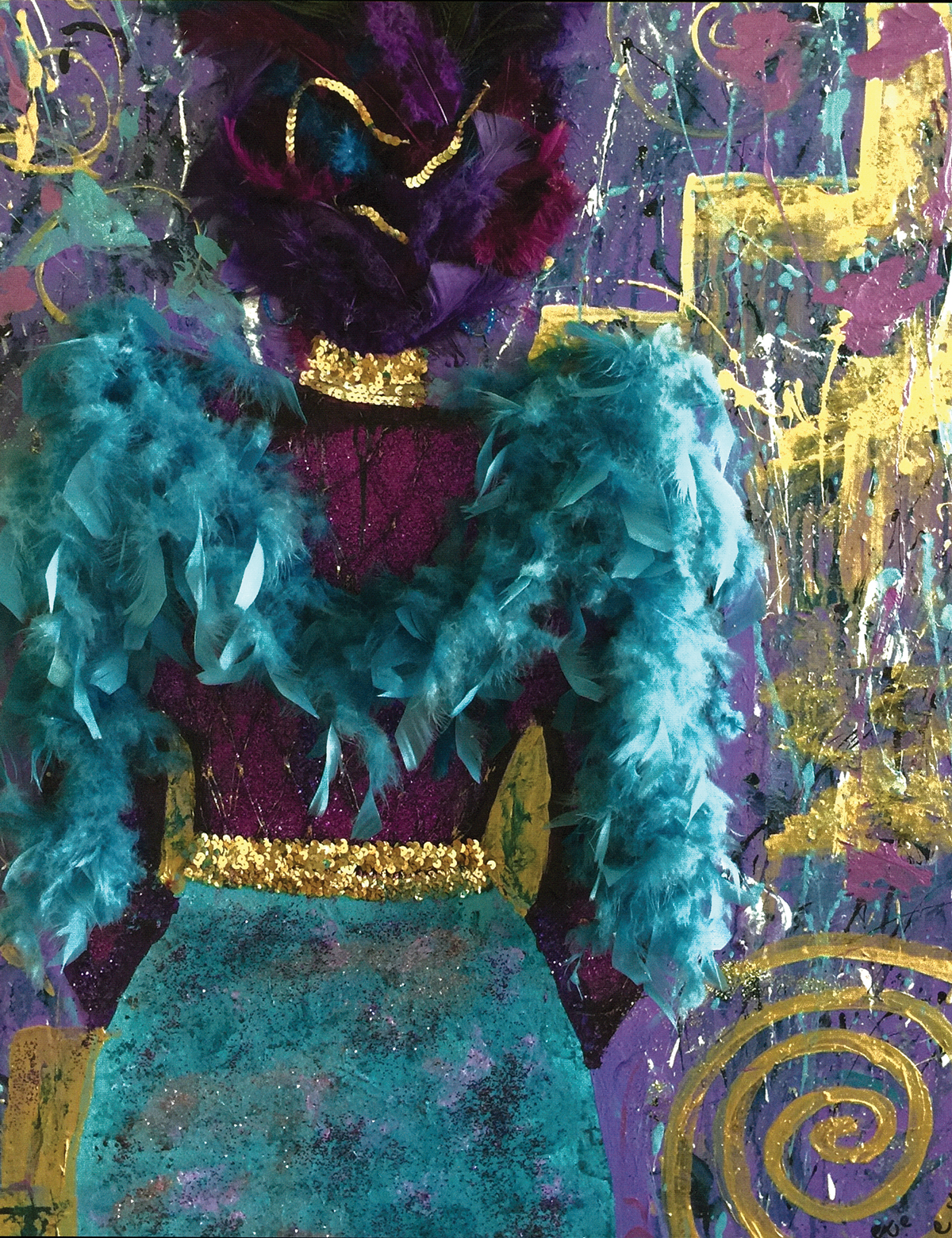 My 10-year cancerversary is personal. But I hope that readers and survivors will join me in celebrating FDA approval of Avastin. Ovarian cancer survivors need “resilience,” because progress is still much too slow.

The Clearity Foundation
http://www.clearityfoundation.org
Recommended For You 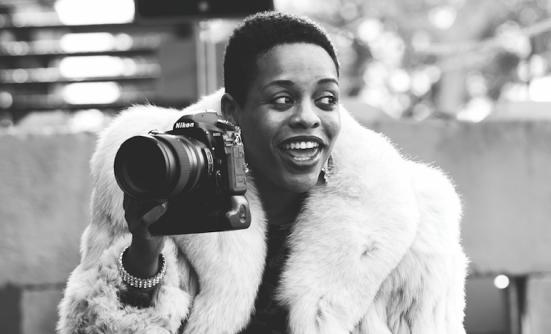 Patient StoriesOvarian Cancer
Courage Through Cancer
By Kristen Foreman
Kristen Foreman dealt with an ovarian cancer diagnosis at age 33. After removal of her ovaries, she completed chemotherapy, followed by 6 weeks of radiation, during a global pandemic. She now aspires to support others facing similar circumstances. 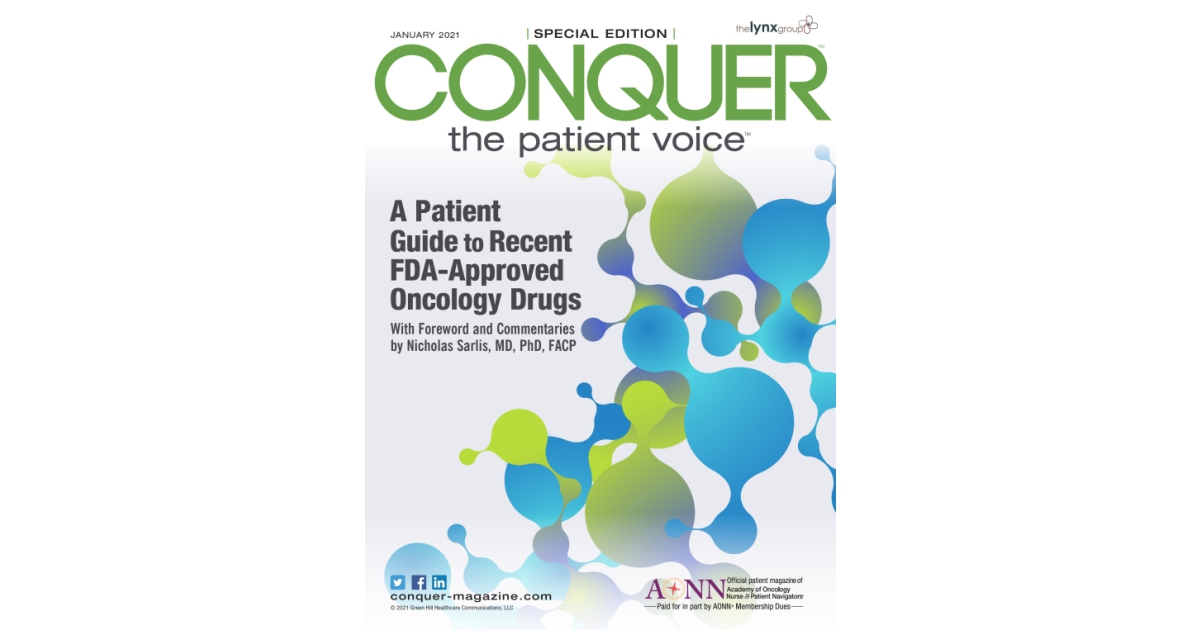 FDA Approvals, News & UpdatesOvarian Cancer
Zejula Approved as Once-Daily Treatment Option in Women with Advanced Ovarian Cancer
Women with advanced ovarian cancer now have a new once-daily treatment option. In April 2020, the Food and Drug Administration (FDA) approved Zejula (niraparib) for the maintenance treatment of all women with advanced ovarian cancer (including epithelial cancer, fallopian tube cancer, and primary peritoneal cancer) who have responded well to first-line chemotherapy. Maintenance therapy is the treatment of cancer with medication, typically following a first round of treatment (in this case, platinum-based chemotherapy).