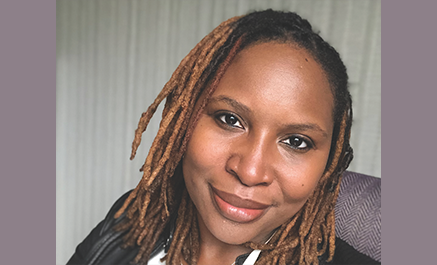 After getting tested for genetic abnormalities, Brandi Bryant learned she had the ALK genetic mutation, which increases the risk for lung cancer. This information resulted in important changes in her treatment and led her to become an advocate for genetic testing, especially among minority communities.
December 2019 Vol 5 No 6 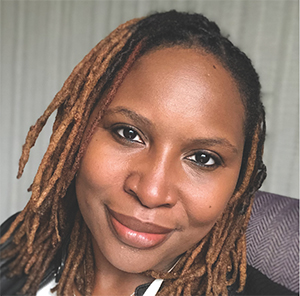 I like to walk a lot. Running was never for me, but walking I could do, or at least I used to be able to. Then I noticed that sometimes when I got home from walking, I’d be short of breath. It wouldn’t happen immediately after the walk, but on the days that I walked, sometimes even just speaking would leave me gasping.

My husband at the time had told me that I coughed at night in my sleep. It never bothered me, though, and it was never bad enough to wake me up, so I ignored him. But when I started to have the shortness of breath, I thought I should check out those things.

The Challenge of Accurate Diagnosis

In November 2017, I visited my primary care physician. He said that black women my age (I was 39 then) are sometimes at risk for sarcoidosis or pulmonary fibrosis, so he said it’d be best to have an x-ray. The x-ray showed “something,” and my doctor thought it might be pneumonia. He prescribed antibiotics, and a follow-up x-ray. That second x-ray still showed “something,” but the antibiotics had not done any good.

After the rush of the holidays, I saw a pulmonologist, who took another x-ray. She agreed that there was “something,” but she didn’t think it was cancer. I was relieved, because I had spent a few weeks Googling worst-case scenarios.

My pulmonologist said I should have a CT scan to try and get to the bottom of this. When she saw the scan, her demeanor changed, and she said I had to get a bronchoscopy (to look inside the lungs). On January 30, 2018, at age 39, I was diagnosed with stage IIIB non–small-cell lung cancer (NSCLC).

Looking back, the coughing at night and the shortness of breath were probably symptoms that lasted for months before I saw my doctor. It probably was going on for up to 1 year. But being a mom—I have 4 kids and the youngest was just 3 years old at that time—if something is not truly bothering me, it is not a priority. I had brushed off my symptoms as allergies or adult-onset asthma.

Lung cancer never crossed my mind, especially because I don’t have any of the familiar risk factors, such as smoking or living in a house with smokers. 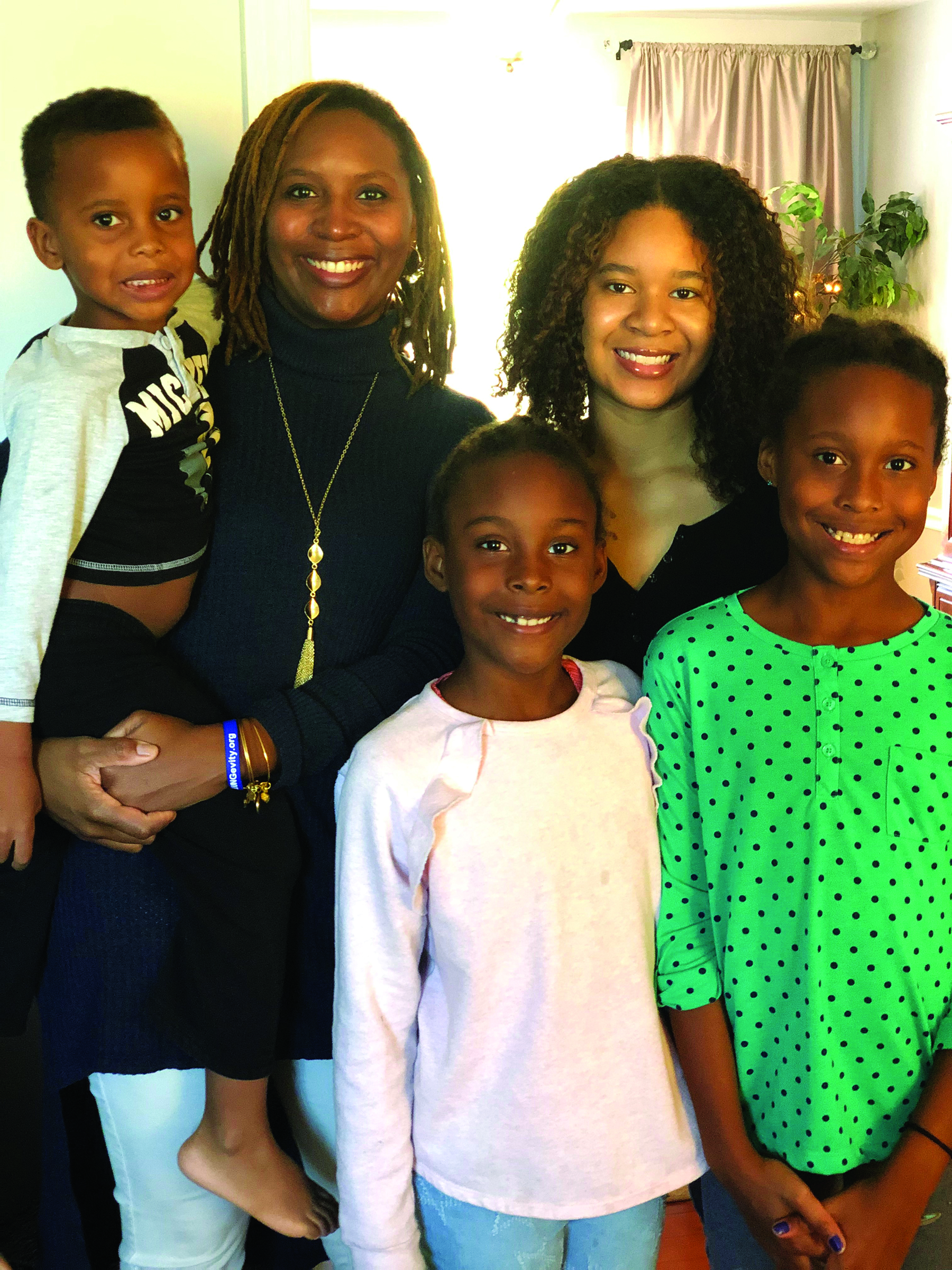 "Being a mom with 4 kids, if something is not truly bothering me, it's not priority. They are."

The Stigma of Lung Cancer

The stigma around lung cancer and smoking is very real. When I tell people I have lung cancer, the first thing they usually ask is if I smoked or if I grew up around smokers. I try to remember that most people are just looking for a reason for the cancer and are trying to rationalize why this happened to me. This way, it will be one less thing that they’d have to worry about.

When I told the people around me that I had lung cancer, it shook up a lot of them. I had friends who were running to get a CT scan, because they had a cough or something they had been ignoring. Thankfully, none of them had anything serious, but you never know.

The truth is—if you have lungs, you can get lung cancer. Most people have no idea that lung cancer is the number one cancer-related killer. And lung cancer in nonsmokers is the 6th leading cause of cancer deaths. These are things I learned after my diagnosis, but many people don’t know these things.

Taking a Pause Before Treatment

When they told me I had cancer, I was in shock. I did not start treatment for a month, because I decided I needed a vacation. We had a family cruise planned before my diagnosis, and I just refused to cancel it. I didn’t want to spend my entire vacation thinking that as soon as I get back, I would be starting treatment the next day. So, I talked to my doctors about giving me some breathing room, and they were fine with that.

The treatment I started 1 month later was supposed to be 6 rounds of chemotherapy and 30 rounds of radiation, followed by 12 months of immunotherapy, but during my fourth round of chemotherapy, I found out that I had a malignant pericardial effusion, which bumped my cancer from stage III to stage IV (advanced) disease.

After my initial diagnosis, my oncologist had suggested that I undergo molecular (or genetic) testing to see if my tumor has genetic mutations that are associated with lung cancer. I was surprised that they did the testing at my community hospital, and at the time I had no idea what all this was for. I think that all people who are diagnosed with NSCLC should undergo biomarker (or molecular) testing, regardless of their smoking status.

The test showed that I had a mutation in the anaplastic lymphoma kinase gene, which is known as ALK mutation. This did not mean much to me then, but I have since learned that a mutation in the ALK gene is often found in young persons who are nonsmokers. This type of mutation is a risk factor for NSCLC, the type I have.

When my cancer progressed to stage IV, having the ALK mutation helped me to qualify for a new treatment that targets the ALK mutation. In May 2018, I started treatment with a targeted therapy called Alecensa (alectinib), which specifically targets ALK-positive lung cancer. I take 4 pills twice a day, at breakfast and dinner. I started noticing the difference right away. Before the treatment, I couldn’t even climb my stairs, and within a couple of weeks I was feeling much better.

I could tell it was working. I love the freedom this gives me. This treatment makes me feel like I’m getting back to normal. It has worked wonders for me. I have had no evidence of disease for more than 1 year now.

This entire journey has been eye-opening. I have learned a lot about my own strength, and how supportive my community can be, but I have also learned that not everyone has the same experience that I had.

Now that my disease is in remission, and I am starting to feel better, I hope to do advocacy work to increase awareness, not only of lung cancer risk, but of speaking up for yourself, and getting testing.

Things might have turned out differently for me if I hadn’t had the genetic (genomic) testing. I especially would like to focus on minority communities, which historically have not had all the resources necessary to have such testing.

I have worked in public health with scientific peer-reviewed publications for 15 years, but nothing prepares you to hear that you have cancer. You don’t always know what to ask in relation to your health, or what you are supposed to get.

If you don’t know the terminology, what to expect, or what your rights are as a patient, you are not going to get the best care possible. Not everybody has access to great insurance, and if you do not have insurance, you are already set back. We need a definite push to get educational materials and information to minority and rural communities.

Recently I have been speaking with the pharmaceutical company that makes the targeted therapy I am using, about increasing minority representation in their advertising, which is lacking at present. I have also attended several conferences on lung cancer and have come to realize that only very few minority groups are represented there.

I don’t have a full plan yet on how to address this, but I recognize that this is a serious problem that needs to be addressed, now. I hope to use my personal story and experience as a cancer survivor and a person of color to advocate for change.

Breast CancerCONQUER CamPatient Stories
CONQUER Cam: A Spotlight on Ed Sawa
Ed Sawa, a 65-year-old male breast cancer survivor, describes his journey through treatment with his support system by his side. Ed hopes that by sharing his story he can help men better understand the possibility of being diagnosed with breast cancer.
FDA Approvals, News & UpdatesLung Cancer
Immunotherapy Combination Provides New Hope for Patients with Certain Type of Non–Small-Cell Lung Cancer
A treatment combination containing the immunotherapy drugs Opdivo (nivolumab) and Yervoy (ipilimumab) received 2 approvals in non–small-cell lung cancer (NSCLC) in the past year.