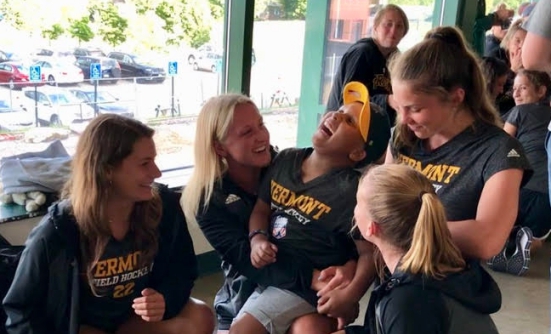 Before her 6th birthday, Morgan was diagnosed with cancer. Her parents had to deal with the heartbreak and shock, and proactively got her in touch with a nonprofit organization that connects children facing serious illnesses with a local college athletic team.
October 2020 Vol 6 No 5 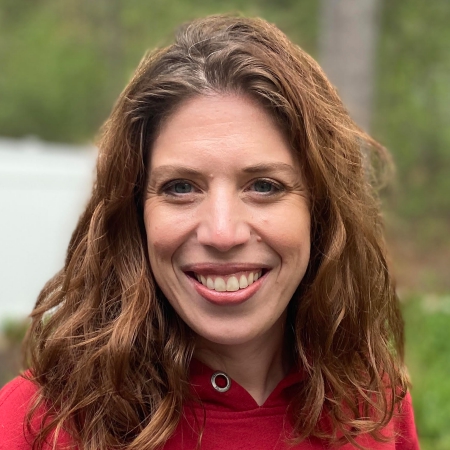 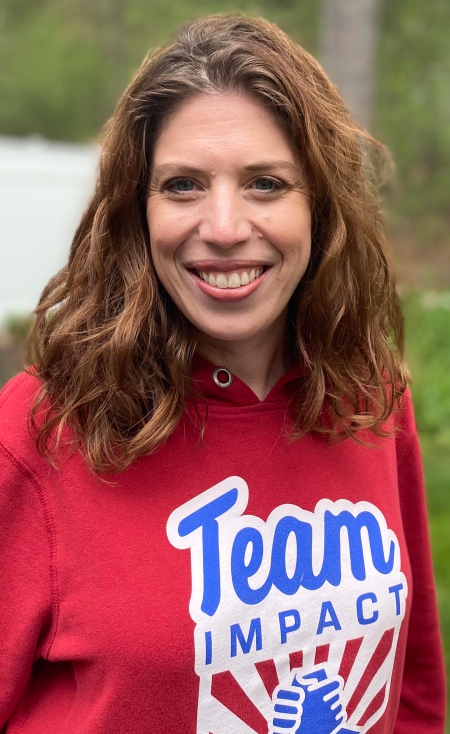 Thirteen months ago—2 weeks before her 6th birthday—one family’s life was changed forever when their daughter Morgan was diagnosed with acute lymphoblastic leukemia (ALL). Immediately upon diagnosis, Morgan was admitted to the University of Vermont (UVM) Children’s Hospital for intensive chemotherapy treatment.

Morgan’s parents describe that first week as overwhelming. “There was no time to process anything, emotionally or otherwise. It felt like we were on a train that wouldn’t stop, and that we weren’t driving,” they said.

It Hasn’t Been Easy

At first, Morgan was in the hospital for about 2½ weeks. In total, she will have at least 24 months of chemotherapy. Morgan has tolerated the treatment so far, but it has not been easy. Accessing her port was incredibly traumatic, having to be held down, while the needle was inserted into her little chest.

She has lost all her hair, and she takes oral medicine every day, sometimes gagging and throwing up in the process. Her steroid treatment regimen has caused her to gain significant weight and led to drastic mood swings.

In addition to the medical reality of her diagnosis, the social and emotional impacts have been substantial. Although she is receiving treatment, she has been isolated and alone. Morgan is frequently out of school, totally sidelined from all social activities and all social interactions and free play, which are necessary for 6-year-old kids. She is often just getting through each day on the sofa, alone. 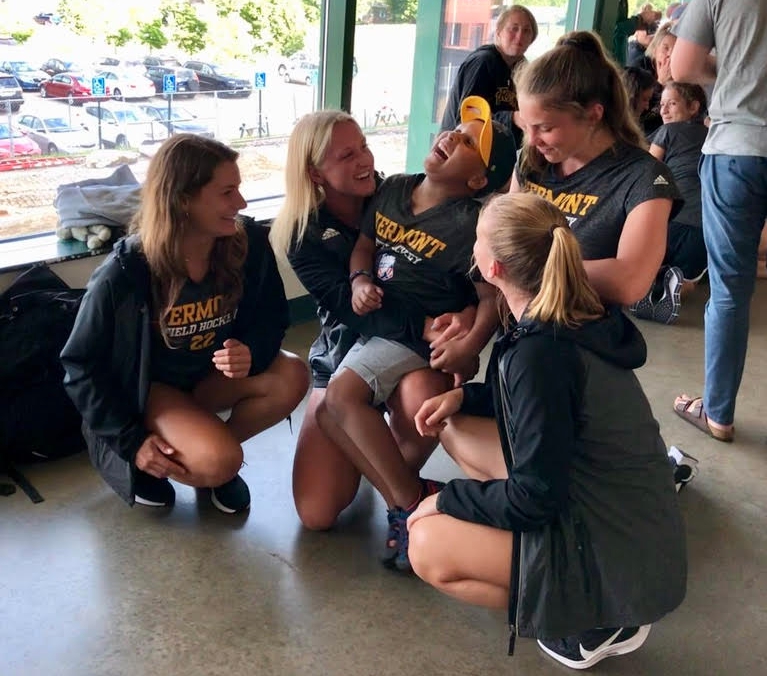 Morgan (center) with her sister, Arianna, and her Team IMPACT teammates at UVM Field Hockey.

With a profound determination to ensure that Morgan’s illness is not what she remembers about this time in her life, and knowing that lower levels of social engagement and support during chemotherapy can increase a child’s risk of depression and anxiety, Morgan’s parents proactively sought psychosocial support for her.

They found it through Team IMPACT (www.teamimpact.org), a non-profit organization that mitigates the isolation and loneliness that so often comes with a life-altering diagnosis like cancer, by connecting a child with a college athletic team in their local community.

These relationships are facilitated by master’s level clinical social workers and/or certified child life specialists, to ensure that they are not just fun but also support the child’s social and emotional development throughout their illness and treatment.

Through Team IMPACT, Morgan was matched with a University of Vermont Field Hockey team about 6 months into her treatment.

The team has embraced Morgan and the entire family without hesitation. In addition to fun-filled sporting events, the players connect with her personally, engaging in activities that fulfill her social emotional goals, while giving Morgan the sense of community and belonging she needs.

Last summer was particularly difficult for Morgan. She could not swim, ride her bike, or be in the sun, and she spent much of her time lying on the couch and going to the hospital for treatment. What carried Morgan through this time were the connections, letters, postcards, and packages she received from her teammates—all while they were at home, during the off season.

During the 2019 field hockey season, Morgan and her family attended every home game and team dinner. Morgan proudly led the team on the field for the national anthem, sat on the bench during the games, and led them through the post-game handshakes.

Part of a Family

Morgan and her family became part of the UVM field hockey family. After one particular game in which the players all signed posters for their fans, they were sitting at long tables so fans could go down the line to capture each teammate’s autograph. With total confidence that she should be part of it, Morgan took a seat and started signing posters.

Although the line began to slow down because of the amount of time it took for a 6-year-old child to sign her name, not one person complained or skipped Morgan to get to the other players. They all understood that she was as much a part of the team as every other player.

The team has continued spending time with Morgan in the off-season, engaging in fun, developmentally appropriate activities, hosting movie nights with manicures, cookie decorating, games, and crafts. Several teammates surprised Morgan at her house to celebrate her 7th birthday.

The impact of these relationships for Morgan has been significant. When she is with her team, she is not thinking about how sick she is, or about the next medication she needs to take—she is just having fun and being a kid who is included and accepted.

When you ask Morgan how she feels when she is with her team, she simply yet poignantly says, “Happy.” Cancer can make it difficult to feel happy much of the time. Being with her team makes it a whole lot easier, leaving a lasting impact that will, we hope, be what she looks back on about this time in her life, and carries her through future challenges with confidence.

Children who undergo cancer treatment are at a higher risk of depression and anxiety than their healthy peers. Decreasing the negative consequences of social isolation, by increasing access to social supports, mitigates this complex and serious risk.

To manage childhood cancer successfully, it is imperative to treat the mind and the spirit in addition to treating the body. 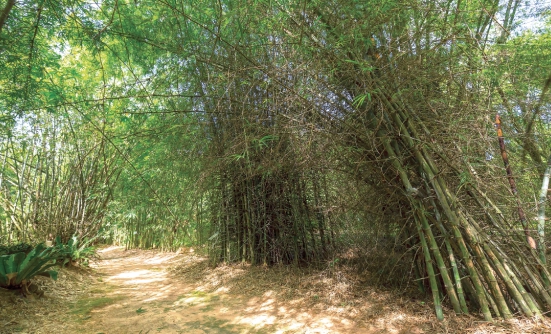 Pediatric CancerDepression & Cancer
Twists and Turns Down Memory Lane
By Cain Schmitz
Cain Schmitz was diagnosed with leukemia when he was young; in this article he tries to recall painful details from that time, which adds to his anxiety and PTSD. This heartfelt article chronicles the emotional landscape of persevering through cancer. 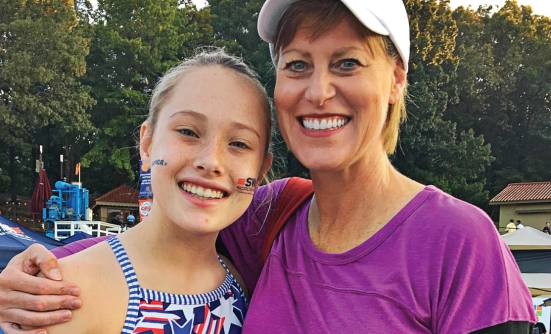 Family MembersPediatric Cancer
Honoring My Daughter’s Last Wish to Swim When She No Longer Could
By Vicki Bunke
Sometimes we have to deal with the impossible. Vicki Bunke’s daughter, Grace, died from osteosarcoma, a rare bone cancer, a day before her 15th birthday. This is a heartbreaking story of how Vicki honored her daughter’s life.