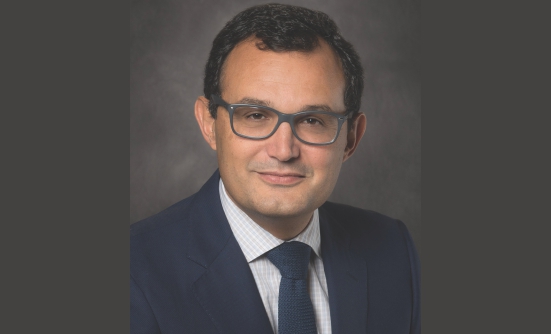 Dr. Garcia-Manero, an expert on myelodysplastic syndromes, discusses this group of disorders representing a misunderstood and often ignored type of blood cancer. He explains everything from risk factors to early symptoms and treatment options.
February 2021 Vol 7 No 1 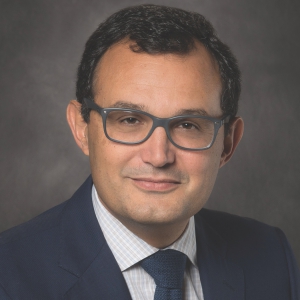 Blood is produced in the bone marrow. Inside the bone marrow we have cells called “stem cells,” and these stem cells produce different types of blood cells, including white blood cells, which fight infection; red blood cells, which carry oxygen to tissues; and platelets, which enable the blood to coagulate. In a healthy individual, there is an equilibrium in our bodies between how many of these cells are formed, and how many eventually die. This process is controlled, in part, by stem cells.

However, in the type of blood cancer called myelodysplastic syndromes (or MDS), this process is altered. The stem cells no longer have the capacity to produce enough of these different blood cells to have healthy blood.

In addition, MDS can progress to higher-risk conditions, such as acute myeloid leukemia (AML), another type of blood cancer. Other complications include increased risk of infection and fatigue because of anemia (low red blood cells), which requires blood transfusions. MDS is also associated with increased risk of bleeding complications because of a low platelets level.

MDS represents a heterogeneous group of disorders, with a poor prognosis for patients. Patients with MDS can die from complications related to cytopenia (insufficient mature blood cells) or from progressing to AML.

Despite these risks, MDS has not received the same level of attention as other blood cancers, such as leukemia, multiple myeloma, or lymphoma. In fact, few people have even heard of this group of disorders, which could be, in part, because the condition is underdiagnosed.

A lack of understanding of this condition may explain this serious underdiagnosis. Not too long ago, having a low white blood cell count, low hemoglobin level, or low platelet level was considered just a normal part of getting old. Indeed, MDS typically affects older people, with an average age of 71 at diagnosis. And until recently, there have been few effective therapies. In the past couple of years, however, this has begun to change.

The most common early symptom of MDS is fatigue, which in medicine is not considered a specific complaint. Patients complaining of fatigue are typically seen by a primary physician, who will perform a complete blood count test. That is, typically, how cytopenias (low blood cells) are detected during an annual exam.

In the past, primary physicians might have tried to treat cytopenia with iron supplementation or vitamin B12 and folate. Today, however, having an abnormal blood count test result should lead to a referral to a hematologist, a doctor specializing in blood disorders.

If a doctor does not refer such a patient to a hematologist, the patient should ask to be referred to an expert. The hematologist will order a bone marrow analysis to make an accurate diagnosis.

Because MDS includes several diseases, it is critical to know the stage of the specific disorder once a diagnosis of MDS is made. The stage of MDS of the individual patient is determined by evaluating several parameters, including the levels of hemoglobin and platelets, the type of chromosomal alterations, the percentage of blasts (a type of bone marrow cells), and specific genetic mutations.

The degree of cytopenia also indicates whether the patient needs a blood transfusion. Based on this information, patients are classified as having low-risk or high-risk MDS.

The patient’s prognosis and treatment will depend on the disease risk level. Patients with low-risk or very-low-risk MDS who do not need blood transfusions, for example, can live for a long time without receiving any treatment.

By contrast, patients with high-risk MDS and high-risk features of the disease, such as specific genetic or chromosomal abnormalities, have a very poor prognosis, even worse than patients with AML in some cases.

Therefore, we divide patients into low-risk intermediate and high-risk intermediate MDS, and then treat patients according to these risk categories. This is why it is critical to know the risk level of the patient, to calculate the prognosis and decide what is the optimal therapy for each patient.

Patients with low-risk MDS may not require treatment, but they still need to be followed by a doctor. Patients with significant cytopenias who need transfusions will need to receive treatment with drugs called “growth factors,” such as the recently approved luspatercept for the treatment of anemia, or erythropoietin-stimulating agents.

We also use prophylactic antibiotics for patients with a significantly low white blood cell count. In addition, lenalidomide is a very effective oral drug for patients with low-risk MDS and deletion of chromosome 5.

Sometimes, we use hypomethylating agents, such as azacitidine or decitabine, for patients with low-risk MDS who have significant cytopenias that are not responding to the growth factors.

The treatment of high-risk MDS usually consists of the use of a hypomethylating agent, such as azacitidine or decitabine, but certain factors, including the patient’s age, other medical conditions (comorbidities), and chromosomal and molecular alterations play a significant role in determining the type of treatment, because some patients may benefit from more intense therapies.

Because of the complex (heterogeneous) nature of this group of disorders, patient survival and the prognosis can vary greatly, even for patients with the same risk level.

Patients with low-risk disease can live for many years without needing any treatment, or they can die in less than 1 year.

For patients with high-risk disease, survival without treatment is usually only a few months. Survival with treatment with drugs such as azacitidine, the current standard of care, is up to 2 years at best.

For patients who have high-risk chromosomal or molecular alterations, survival is only a few months, unless they can be cured with a transplant.

A New Oral Treatment for MDS

Azacitidine and decitabine, 2 hypomethylating agents, have been approved by the FDA for the treatment of patients with MDS since the mid-2000s, so we have a lot of knowledge about the use of these medications. These drugs are structurally similar and work through many similar mechanisms.

Unlike other forms of chemotherapy, which are used for a limited time, however, these 2 drugs require ongoing continuing use. Once these drugs are stopped, MDS usually relapses (comes back), and the patient outcomes are very poor after the disease relapses.

Hypomethylating agents are given through intravenous or subcutaneous injection 5 to 7 days per month. Depending on the patient’s response, treatment can last several months, which can become extremely taxing for patients.

Oral decitabine plus cedazuridine was approved by the FDA in 2020 for the treatment of adults with intermediate-risk or high-risk MDS. It is a combination of 2 drugs—decitabine (the chemotherapy) and cedazuridine, which allows decitabine to be taken orally and be absorbed through the gastrointestinal tract. After many years of research, we have figured out the proper ratio of these 2 compounds. Now, we can provide the same quantity of the active drug to be taken as tablets instead of through intravenous infusions.

Instead of going to a doctor’s office 5 to 7 days per month for intravenous infusions, patients now take oral decitabine plus cedazuridine for 5 consecutive days of each 28-day cycle, at home. Patients still need to be evaluated by a doctor before taking the drugs each cycle, but they receive the same medical benefits from the tablets, without having to leave their homes.

This represents major progress for patients, who can now take the tablets at home, and this improvement in quality of life offers the same level of survival. So far, the benefit of oral decitabine plus cedazuridine looks identical, if not better, than what we have seen with intravenous chemotherapy.

In the future, we will have oral therapies that combine an oral hypomethylating drug with another compound. That is where the treatment of MDS is going, and this development will have major positive consequences for patients with MDS or AML.

FDA Approvals, News & UpdatesMyelodysplastic Syndromes
FDA Approves Inqovi for Patients with High-Risk Myelodysplastic Syndromes
On July 7, 2020, the FDA approved Inqovi (decitabine plus cedazuridine; from Astex Pharmaceuticals and Taiho Oncology) tablets for the treatment of adults with intermediate- or high-risk myelodysplastic syndromes, or MDS, including patients with chronic myelomonocytic leukemia. Inqovi is an orally administered fixed-dose combination of the hypomethylating agent decitabine plus the cytidine deaminase inhibitor cedazuridine. 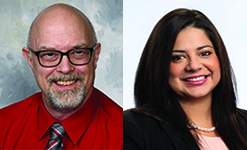