Darzalex Faspro Receives New FDA Indication, in Combination with Pomalyst and Dexamethasone, for the Treatment of Patients with Multiple Myeloma

In July 2021, the FDA approved a new indication for Darzalex Faspro (daratumumab and hyaluronidase-fihj), for use in combination with Pomalyst (pomalidomide) and dexamethasone, for adults with multiple myeloma who have received at least 1 previous line of therapy.
August 2021 Vol 7 No 4

On July 9, 2021, the FDA accelerated the approval of a new indication for Darzalex Faspro (daratumumab and hyaluronidase-fihj; from Janssen Biotech), for use in combination with Pomalyst (pomalidomide; from Bristol Myers Squibb) and dexamethasone, for the treatment of adults with multiple myeloma who have received at least 1 previous line of therapy that included Revlimid (lenalidomide) or a proteasome inhibitor.

Darzalex Faspro, as well as Pomalyst, have previously been approved by the FDA for the treatment, alone, or in combination with other drugs, of patients who were newly diagnosed with multiple myeloma and for those who have previously received other therapies. This approval is the first time that these 2 drugs plus dexamethasone are approved to be used together.

The results showed that the average time without disease progression was almost twice as long when Darzalex Faspro was added to the treatment regimen of Pomalyst and dexamethasone: 12.4 months with the addition of Darzalex Faspro compared with only 6.9 months with Pomalyst and dexamethasone alone, which amounts to a 37% risk reduction of disease progression or death with the 3-drug combination.

The most common side effects with the 3-drug combination that were reported in 20% or more of the patients were fatigue, pneumonia, upper respiratory tract infection, and diarrhea.

This approval offers a new treatment option for patients with multiple myeloma whose cancer stopped responding to previous treatment. 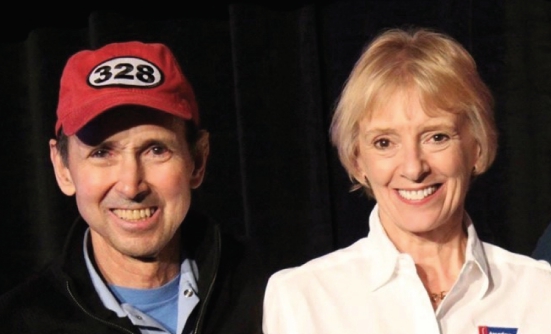