How My One “No” Might Have Saved My Life 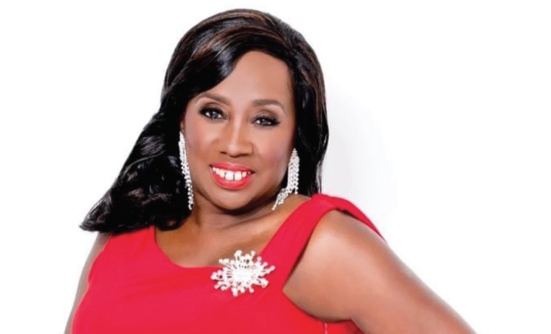 At her annual mammogram, Katrina Shaw made a decision that turned into a stroke of good fortune and prevented a delay of her diagnosis of invasive ductal carcinoma.
February 2022 Vol 8 No 1 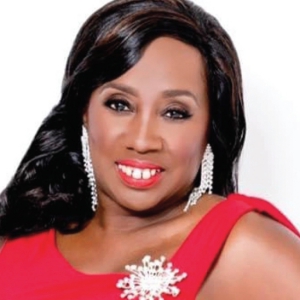 I have always made sure to keep my annual appointments with my primary physician and my gynecologist, to get my Pap smear and mammogram. I worked out, ate healthy, and had no health issues. But on October 1, 2013, I got the devastating news that changed my life forever. I was diagnosed with breast cancer.

I will never forget the phone call I got at the end of that day at work. Two weeks earlier, I had my annual screening mammogram, and then I got a call from my doctor’s office telling me to come back for a second mammogram, because they saw “something.”

I asked the doctor to explain the “invasive” part of the diagnosis, and he said that some of the cells look like they were breaking away, so I had a few invasive and non-invasive cells.

I was told to make an appointment to see a surgeon. It was unbelievable. I never thought that I would be diagnosed with breast cancer, and this was just 1 year after my husband was diagnosed with prostate cancer.

When I arrived home that evening from work and told my husband the news, I could see pain in his eyes. My husband was my number one inspiration. I broke down and cried, and he told me, “Katrina, if God did it to me, he can do it to you.” I remembered the previous year, when he was diagnosed with cancer, and I had the same pain in my eyes for him, but I had encouraged him to trust God, and that we were in this together.

The surgeon said that I had a good radiologist, because my mass was so small it could not be seen or felt on a regular screening mammogram. It was caught early. I was so grateful that my radiologist looked further, despite how small the mass was. Early detection is the key, and it allowed me to have more options with surgery. I chose to get the newer procedure, called nipple-sparing mastectomy.

I was amazed at how much peace and strength I had. I felt good about my decision. Google became my best friend. I did my research before my surgery, and looked up the advantages and disadvantages of the procedure. I checked out my surgeon, who just happened to be the Medical Director and Assistant Professor of Surgery at the Johns Hopkins Breast Center.

I got a second opinion, and asked the doctor to explain my pathology report. I read books about breast cancer, and talked to other survivors who had a similar diagnosis and procedure.

Be Your Own Advocate

When it comes to your health and your body, you must be your own advocate. You should ask questions. You only get one life and one body. I trusted God through my process, prayed, and thought about healing and life.

Your mindset is so important. I believe that what you believe and think affects your body, as well as your immune system.

My surgery was 4 hours, and my final diagnosis was stage 0 ductal carcinoma in situ. I did not need chemotherapy or radiation.

I believe that God prepared me for this life-altering challenge. In 2011, I got a biopsy because I had a hard nodule that needed to be biopsied, which had been found on my annual mammogram. The hard nodule is called fibroadenoma—a common benign lump similar to a cyst.

A biopsy involves a titanium clip used to mark the location in case they need to repeat the procedure. Well, I told them “no,” I did not want the titanium clip, because I felt uncomfortable.

I believe that this was divine intervention from God, because when I was called back for that second screening mammogram in 2013, the reason was the hard nodule. If I had had the clip, I would have never been called back, and my diagnosis would have been delayed, allowing the cancer to progress. This result was all because I said “no.”

Mammograms Are Not Enough

My history of breast cancer is why I am so passionate about helping others, and this is why I founded my nonprofit organization, Mammograms Are Not Enough (www.maneinc.org). My goal is to educate women on the importance of diagnostic screenings.

We assist those who do not have health insurance or enough insurance coverage to pay for extra diagnostic screening and for other expenses associated with breast cancer. We also provide educational resources for early detection and prevention, and have a Breast Cancer Diagnostic Screening and Assistance program.

Cancer Misinformation/MythsSurvivorship
Spotting Cancer Scams and Shams: Watch for Partial Truths & Overpromises
By Kerry Forrestal, MD, MBA
Today, we even use Internet as a stand-in for doctors and medical advice. Dr Forrestal provides sure-fire advise on how to know when sources are trustworthy, and how to spot misleading claims, scams, and false information.
Last modified: April 19, 2022