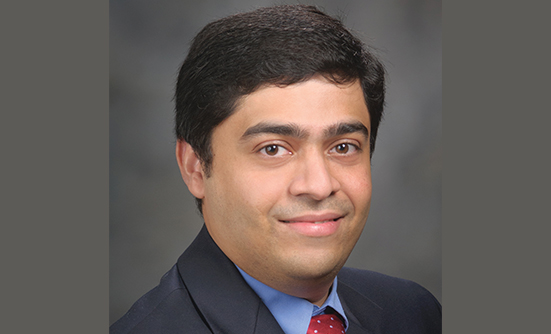 Zepzelca (lurbinectedin), a recently approved drug for patients with metastatic (spreading) small-cell lung cancer, may be even safer than expected, according to data from 2 studies presented at the 2020 ASCO annual meeting.
ASCO 2020 Highlights
Chase Doyle

Zepzelca (lurbinectedin), a recently approved drug for patients with metastatic (spreading) small-cell lung cancer, may be even safer than expected, according to data from 2 studies presented at the 2020 ASCO annual meeting.

Pooled safety analysis from the phase 3 CORAIL clinical trial and a phase 2 basket trial showed that the use of single-agent lurbinectedin as a second-line therapy is associated with significantly fewer hematologic side effects than the chemotherapy topotecan, which until recently was the only drug approved as second-line therapy for these patients.

“Lurbinectedin has been shown to have a predictable and manageable safety profile, but we didn’t expect to see such a striking difference in toxicity,” said Dr. Subbiah. “A significant safety advantage in hematologic toxicities was observed with lurbinectedin versus topotecan,” he noted.

Pooled Analysis of Data from 2 Studies

The FDA approval of lurbinectedin was based on data from a phase 2 basket study that combined patients with 9 types of cancer that included an expansion group of 105 patients with small-cell lung cancer. The results showed an overall response in 35% of the patients who received lurbinectedin therapy alone.

“Basket trials are a very interesting development in clinical research because they allow us to get multiple answers from the same study,” Dr. Subbiah explained. “For certain aggressive cancers, we might not have time to perform 9 separate studies. We need to be more efficient so that our patients can get access to these drugs quickly and safely.”

The most common side effects with lurbinectedin were grade 1 or 2 fatigue, nausea, and vomiting.

“The challenge with topotecan is that it is associated with severe hematologic toxicity, and with an overall response rate of just 16%, so there’s only a modest clinical benefit,” said Dr. Subbiah. “Data from the basket trial, on the other hand, showed more than double the rate of overall response [with lurbinectedin].”

“There are major limitations with any indirect comparison,” he added, “but these results speak for themselves.”