Beauty Is a Side Effect of (Lung) Cancer 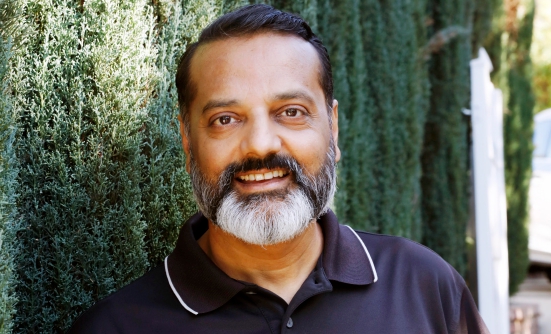 A.J. Patel, who ran around 20 miles a week as a semi-professional soccer referee, was shocked to get a lung cancer diagnosis and dismayed when his relationships strained. Then, an estranged uncle came to his aid.
November 2020 – Lung Cancer 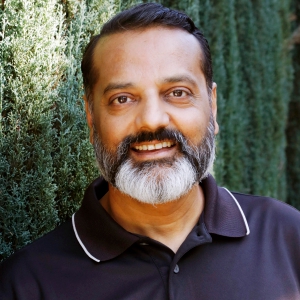 As a semi-professional soccer referee, I used to run 3 to 4 miles in a match. I probably ran 20 miles a week, easily. I was committed to health and fitness—I ate well, I juiced, and I never smoked or did drugs. I was rarely sick. No one in my family had ever had any cancer.

In 2011, after refereeing a match one day, I had to force the air out of my lungs. It made a wheezing sound that my kids found comical at the time. In time, I was clearing my throat constantly, and my coworkers urged me to see a doctor.

Dismissing the Signs of Lung Cancer

From 2011 to 2013, I bounced around to doctors, who dismissed the cough as nothing serious and assured me that it would get better on its own. An ear, nose, and throat specialist suspected allergies. Nobody thought to order an x-ray.

By the spring of 2013, I could no longer hold a conversation without clearing my throat. I went to a different primary care physician who ordered a chest x-ray that revealed a small nodule in my left lung. Nevertheless, the doctor was not too concerned and told me to wait 6 months for a follow-up.

That summer, while on a family vacation, I woke up one morning coughing blood. I ended up going back to the primary care physician who ordered another x-ray and a CT scan. Those more detailed scans showed several masses in both lungs. This time, I was told they looked carcinogenic, and I was advised to see a thoracic (chest) specialist.

Despite living in southern California, a densely populated area, we could not find a specialist who could see me right away. We (my wife and me) were told we would have to wait for 3 months.

My wife went through the directory provided by my insurance company and called every thoracic doctor listed there.

It took days, but eventually we scheduled a visit with a thoracic doctor. The doctor took one look at my scans and knew it was serious. After an urgent biopsy, he delivered the news: “You’ve got lung cancer, and you need to start treatment tomorrow.”

I could not believe it. I thought he was looking at the wrong charts. “How could it be?” I said. “I don’t smoke.” That was a dumb statement, but I was ignorant about lung cancer at the time.

Now I know: if you have lungs, you can have lung cancer. Cancer does not discriminate.

I walked away completely shaken, and my wife and I cried for 3 days straight. Because we could not control our emotions, we had to disclose the diagnosis to our children, who were aged 10, 12, and 16 at the time. They were shocked.

When I finally composed myself, I reached out to a lung cancer organization, and they got in touch with a prominent cancer facility on my behalf. One of their oncologists told me that I needed a brain scan.

“But I have lung cancer,” I said. Nothing in the world made sense anymore.

Then came the parade of healthcare providers. One by one they entered and handed me a business card—the social worker, the neurologist, the neurosurgeon, and the radiation oncologist. I was so overwhelmed that I did not hear a thing. I was just numb.

My wife was struggling too. Ever since the diagnosis, she had been a tremendous support, but neither of us was prepared to think about surgeries and radiation. It was as if we had been dropped on a strange planet and could not comprehend the sights or the smells.

I reached out to my inner circle of friends and family members, people I thought I was strongly connected to, but suddenly, all these relationships evaporated. People stopped returning our calls. I felt so lonely, it was as if my entire spirit had broken.

An Angel Landed on My Desk

Then, my uncle suddenly appeared. We had had a very difficult relationship growing up and had hardly spoken for 15 years, but he called and said, “I heard about your condition. I want you to FaceTime me the next time you see the doctors. You can even give me the numbers, and I’ll set it up, with the oncologist, the surgeon, and the radiation oncologist. Let’s create a plan together.”

And he did. It was like an angel had landed on my desk and said, “I’ll help you figure this out.” At every appointment, he was right there, asking very pertinent questions. He was my advocate and my think tank.

I remember he called while I was driving back from the hospital and said, “So, I’ve made a decision for you, but I’d like to hear your thoughts first.”

“I’m scared,” I said. “I don’t want my brain opened, but I think brain surgery is the best option.”

“You nailed it,” he said. “That’s what we need to do. I already talked to the doctor, and he can do it next Tuesday. I’m flying out tomorrow.”

He showed up the next day. He jumped on a plane, an international flight to Los Angeles, and arrived at my doorstep. He didn’t even ask me to pick him up at the airport. He just showed up and said, “I’m here.”

On the day of the operation, he was the last person I saw before I was wheeled away, and he was one of the first people I saw when I woke up. Throughout the entire journey, he was there. That has been the most life-changing experience I have ever had.

Tomorrow Does Not Exist

Now, I’m living the best life I could ever live. Yes, I deal with a very aggressive, very difficult disease—one that may never be eradicated in my lifetime—but there are great strides taking place, and there is hope.

One of the side effects of the lung cancer is that it has reflected this beauty I had never realized before. We are all constantly chasing “tomorrow,” but in reality, no one has ever seen it. Tomorrow does not exist.

The only reality we have is this very moment, and if we focus on this moment, it will always be great. Now, I am totally immersed in life—socially, personally, professionally. And in this way, the most bizarre thing has happened: I no longer feel stressed about anything.

My time on this planet may be a snap of the fingers, but it is that way for all of us. Billions of people have walked before us, and today they are topsoil. They are not here, and I won’t be either.

I remind myself of that every day, and because I am conscious of my mortality, cancer does not affect me as it used to. I am no longer emotionally drained. I am no longer beaten up every day because of fear—fear of treatment, fear of cancer recurring, fear of losing family, fear of not experiencing or fulfilling a bucket list.

An Oyster in Your Hand

People ask me, “Why are you smiling all the time? How come you are so happy?”

That alone makes me ecstatic. Nothing else compares to this experience. I am just simply alive. I am on. And if you are on, the world is an oyster in your hand.

Editor’s note: Mr. Patel presented his story at the October 2020 conference of the International Association for the Study of Lung Cancer. 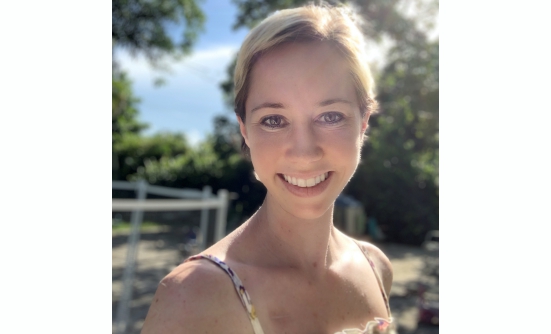