The CDH1 Gene Mutation: My Family’s Story of Hereditary Cancer 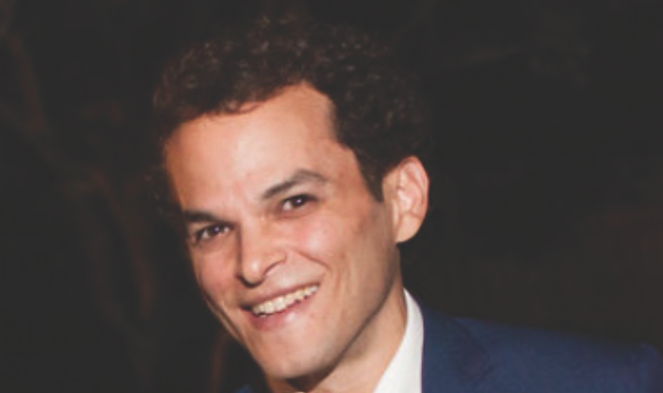 Jon Grossman shares his powerful story of learning he inherited the genetic mutation that caused his mother’s stomach cancer, and the drastic steps he took to ensure he will not have that cancer.
December 2019 Vol 5 No 6

In 2015, my mom was diagnosed with gastric (stomach) cancer. She had been suffering from bad acid reflux, loss of appetite, and pain after eating—sure-tell signs of the disease but also signs of other, more common illnesses for an otherwise healthy person. After months of testing, doctors were still unable to determine the cause of her symptoms. Eventually, they decided to remove her gallbladder. During that operation, the surgeon found a tumor on her gallbladder. Days later, we learned that the cancer had originated in her stomach.

The diagnosis devastated our family. My mom’s cancer was called diffuse gastric cancer, which spreads to many parts (rather than in one area) of the stomach. By the time of her diagnosis, her cancer was stage IV (or metastatic) and had spread beyond her stomach to the gallbladder and throughout her peritoneum.

Gastric cancer is the third-leading cause of cancer deaths worldwide and the fifth-leading type of cancer. As my mom’s case demonstrates, diffuse gastric cancer is difficult to detect at an early stage and is usually linked to a grim prognosis.

My mom’s illness flipped our world upside down. Before her diagnosis, she was the glue that held our family together. She was the quarterback, the conductor, and the communicator, always so full of life and optimism. Reunions centered around family meals, holidays, and other happy occasions.

After her diagnosis, however, we lost some of that joyful connection. We traded birthday parties for hospital visits and weddings for weekends at home. Anytime the phone rang, I became filled with anxiety not knowing whether an update would be good or bad. Physically, spiritually, and mentally, the life of our family slowly declined.

In other unexpected ways, however, the diagnosis became a blessing in disguise. During her illness, my mom learned that some stomach cancers are caused by genetic mutations that are hereditary, meaning they are passed from parent to child. Thanks to her persistence of getting genetic testing, we discovered that she carried one of the hereditary genetic mutations known to cause diffuse gastric cancer.

That mutation called deletion of exon 3 in the CDH1 gene—is one of more than 120 mutations known for that gene. The CDH1 gene provides the code for making epithelial

cadherin (E-cadherin) protein. Among other functions, E-cadherin helps cells stick to one another and serves as a tumor suppressor by preventing cells from growing and dividing abnormally and uncontrollably.

CDH1 gene mutation carriers, like my mom, are born with one defective copy of that gene. If the good copy mutates (changes abnormally), the person no longer benefits from the tumor-suppressing functions of the E-cadherin protein, thereby significantly increasing the likelihood of having gastric cancer.

CDH1 mutation carriers are at risk of having hereditary diffuse gastric cancer at some point in their lives. Predicting which carriers will have cancer remains a mystery. And if that isn’t daunting enough, females with this mutation are at an increased risk for lobular breast cancer.

Shortly after discovering that my mom had the CDH1 gene mutation, we learned that the recommended treatment is a total gastrectomy (removal of the stomach). However, my mom’s cancer was too advanced to have surgery. Her only options were chemotherapy and immunotherapy.

Those of us in the family who were possible carriers, however, were all candidates for total gastrectomy. Of the 12 adult descendants of my mom’s dad who could potentially have the CDH1 mutation, 6 (including my mom) were found to have the mutation. Those other 5 people had to decide whether to have their stomachs removed.

Despite state-of-the-art screen­ing technology, gastric cancer is often undetected until it is too advanced to treat effectively. Total gastrectomy can prevent this cancer, provide a cure for those with early-stage disease, or lead to remission. Nevertheless, the surgery carries significant risks. When I first learned about the surgery, my response was negative. If I tested positive for the mutation, I told myself, I would not have my stomach removed.

The other genetic carriers in my family, however, were leaning toward surgery. Because of how the disease evolves, endoscopy and biopsy results don’t necessarily indicate the absence of disease. My grandfather, who carried the mutation, lived into his late 80s with no signs of the disease, and an aunt with the mutation made it to her 70s without getting cancer. Another aunt with no detectable disease underwent gastrectomy in her 60s, when she learned that her stomach showed early signs of cancer. And my own mother died at age 65 from the disease.

A Legacy of Helping Others

Although doctors predicted she only had months to live after her diagnosis, my mom survived nearly 3 more years. She and my dad fought so hard. They traveled from Kansas City to Houston on a regular basis to meet

with oncologists at the world­renowned M.D. Anderson Cancer Center, they received excellent local care, and they remained optimistic until the end.

My mom died of stomach cancer in January 2018. More than 750 people attended her funeral. Despite her cancer, she remained true to herself, always putting first the well-being of friends, family, and even strangers. She was selfless and brave; an inspiration.

My mom is not here anymore, but her legacy lives on by sharing information about CDH1 and other disease-causing genetic mutations. Even after life, she continues to save lives and shape future generations.

It Runs in the Family

In February 2018, a month after my mom died, I learned that I had the CDH1 mutation. After getting my test results, my family and I evaluated all the options. We spoke with geneticists, surgeons, and other CDH1 experts. We read articles and consulted with people who had the mutation and surgery. We had family members who already had their stomachs removed. And we had my mom’s experience. We were very well-informed.

The decision soon became clear: I needed to have my stomach removed. Without a stomach, I cannot get stomach cancer. Although I initially thought that living without a stomach was crazy, my perspective changed after witnessing my mom’s nasty battle with cancer. Life after total gastrectomy did not look so bad in comparison to stomach cancer.

On June 1, 2018, a remarkable team of surgeons, nurses, and others at the University of Chicago removed my stomach. Before surgery, I had an upper endoscopy and biopsies to help the diagnosis. Both tests showed a normal stomach. After surgery, the doctors reexamined my stomach. The pathology results showed early signs of cancer. Luckily, it had not spread. Had I not had my stomach removed, however, it would likely have gone unnoticed until it was too late. My mom, my dad, my family, the surgical team, geneticists, GI docs, and countless others saved my life.

After more than a year without a stomach, life is so far amazing. Sure, the initial recovery was difficult, and yes, I’m still learning the limits of and signals from my new digestive system, and its effects on my body as a whole. But I live a normal life. I exercise, work, and travel like a normal person, and except for smaller, more frequent meals, I eat normally. I have had no major complications, and now I have no risk of stomach cancer.

Perhaps the greatest impact is a newfound sense of purpose and an appreciation for how special life, health, and community truly are. For more information on this hereditary genetic mutation, visit www.cdh1gene.com.

Patient Stories
Life After a Cancer Diagnosis
By Gail Silver

Patient Stories
First Love Yourself: Picking Up the Pieces
By Mia Brister

Genetics & CancerLung CancerPatient Stories
Using My Lung Cancer Story to Advocate for Change in Minority Communities
By Brandi Bryant
After getting tested for genetic abnormalities, Brandi Bryant learned she had the ALK genetic mutation, which increases the risk for lung cancer. This information resulted in important changes in her treatment and led her to become an advocate for genetic testing, especially among minority communities.
Last modified: February 18, 2020