You Never Think It’s Going to Happen to You 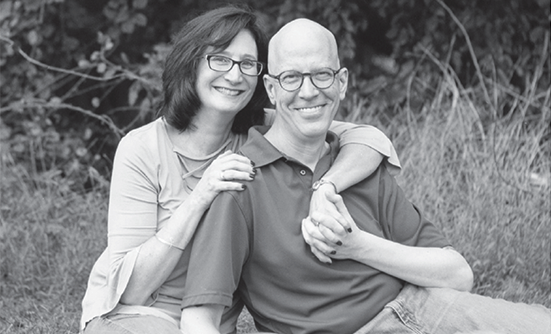 “As the CEO of a biotechnology company involved in cancer drugs development, I was familiar with the diagnosis and treatment of patients with cancer,” says Michael Becker, who was himself diagnosed with stage IV oropharyngeal cancer.
December 2017 Vol 3 No 6 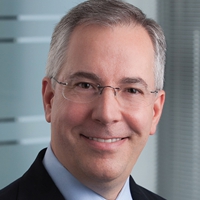 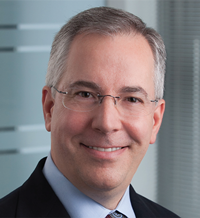 In December 2016, an invisible clock began ticking above my head—7.5 months, but not longer than 1 year. That’s how much time I figured I had left to live, after receiving news that my cancer had returned.

Just about a year earlier, in November 2015, I had no idea that my personal journey with cancer was about to begin, as I stood in my bathroom waiting for the shower to warm up. I was standing there, freezing, just looking in the mirror, glancing at my profile. I saw an unusual lump on the right side of my throat. I put my hand on it, and it was a solid mass, which of course “freaked me out.”

Being a Biotech CEO: A Double-Edged Sword

As the CEO of a biotechnology company involved in cancer drugs development, I was familiar with the diagnosis and treatment of patients with cancer. Because the lump in my neck wasn’t sore to the touch, it immediately raised several red flags for me. I knew that if the bulge was caused by inflammation or a block, the area would be very tender and sore. That left only one possibility in my mind: cancer.

I didn’t know whether it was lymphoma or another type of cancer, but at that moment, I had convinced myself that this was cancer, and it wasn’t going to have a good outcome.

After my family doctor prescribed a fruitless course of antibiotics, a nose and throat specialist ordered a biopsy, which confirmed what I had feared. I was diagnosed with stage IV oropharyngeal cancer (a type of head and neck cancer).

You never think it’s going to happen to you, especially if you’re in the biotech industry. We come across cancer every day, with our clinical trials and our cancer drugs development, so I’m no stranger to this arena, but you just never expect to be the patient.

Perhaps the most difficult part of having an in-depth knowledge of cancer was understanding intimately what having stage IV cancer meant. I knew from my biotech experience the difficulty of curing cancer when an advanced disease is roaming freely through the body. I didn’t want to “sign my own death sentence” at that point, but I’ve seen this movie before, and I knew it didn’t have a happy ending.

The Ups and Downs of Treatment

Despite the grim diagnosis, I was initially treated with the intent to cure the cancer. Because the cancer had started in my right tonsil and spread to the lymph node in my neck, but not below my collarbone, my doctors at Memorial Sloan Kettering Cancer Center were confident that they could use radiation and chemotherapy to eradicate the cancer.

I started treatment in January 2016, and after finishing the course of chemoradiation, a PET scan showed no sign of cancer in June. I all but considered myself cured, and my doctors recommended following up with PET scans every 6 months as the only follow-up strategy to make sure things are okay.

But 6 months later, in December 2016, my world turned upside down, again. The PET scan done after finishing chemotherapy lit up my lungs like a Christmas tree (meaning the cancer was back and spreading to the lungs). I went from “You’re cured, and all is well, and going through chemoradiation wasn’t in vain,” to “We’ve got a bigger problem to deal with now.”

I knew that the spread of cancer from my tonsils to a distant site signaled that the disease was no longer confined to my head and neck area. With cancer cells traveling throughout my system, new tumors could show up nearly anywhere. Trying to catch the disease now reminded me of playing the popular arcade game Whac a Mole as a youth.

With little hope that another round of chemotherapy would be successful, I opted to enroll in an immunotherapy clinical trial conducted by the National Institutes of Health (NIH). I traveled every other week for a 1-hour infusion with the experimental immunotherapy.

I relied heavily on my knowledge from working in the biotech industry to successfully navigate and find a clinical trial that was best for me, which is something that many patients with cancer cannot do. There’s a huge unmet need for educating people about clinical trials, and helping patients navigate which of the available clinical trials may be best for them.

For instance, my doctors at Memorial Sloan Kettering initially recommended a randomized clinical trial that would have given me a 50/50 chance of receiving a placebo rather than an active treatment. Given the advanced stage of my cancer, the possibility of not receiving an actual treatment was a risk too high for me to take. That’s one reason I knew the NIH trial was a better fit for me.

Besides knowing and feeling comfortable with the immunotherapy used in the trial, I also knew that the side effects would be minimal compared with chemotherapy. I didn’t want to go through the nausea, fatigue, and all the other side effects from chemo. In fact, with immunotherapy, I wasn’t tired or nauseous, and I felt fine. The quality of life was a very big driver for me in deciding on my next treatment. If you look at me, you wouldn’t know that I have terminal cancer. I’m able to drive, go shopping, and do all my usual activities. To me, “living” wasn’t being stuck on the couch all day, too tired or ill to do anything—I had more that I wanted to accomplish, so quality of life was important to me.

For now, I watch and wait as the clock ticks down. While most people were flipping burgers and watching fireworks on the Fourth of July, 2017, I reached the average overall survival time most patients experienced in a recent study involving the type of immunotherapy I’m using. How much time I have left is the question, but it’s more than likely not an open-ended question. In that major trial of that immunotherapy, most patients were not alive after 12 months of starting treatment.

I’m an analyst at heart; I’ve crunched all the numbers, and know what’s probably coming. I rely on the old adage, “Hope for the best, and plan for the worst.” Unfortunately, the disease progressed while I was using the investigational immunotherapy, and I started a new chemotherapy regimen back at Memorial Sloan Kettering Cancer Center. We’re hopeful that the chemo buys more time, but we’re not so naive that we’re not planning for the situation to not play out the way it does for most patients.

I recently wrote a memoir called A Walk With Purpose, which was a very cathartic experience for me. It gave me a lot of closure on my life, and helped me piece together this wonderful journey I’ve had: I’m fortunate that I can look back on my life and say, “I lived. It was a life well lived.” 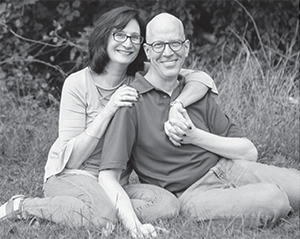 Michael and his wife, Lorie.
Photo by Paul Reitano

Naturally, I would love to have more time. I’d love to be here for my wife and for my kids. But I’ve been married for 25 years, and I’ve got what every guy probably says, “the best wife in the world.” And if this is my time, I’ve got no regrets. I’ve done everything I wanted to do. I’ve traveled the world; I’ve been a CEO of a company. We did well financially; we have 2 beautiful girls, and we’ve just got a new puppy.

My efforts to raise awareness of the human papillomavirus (HPV) and its link to 6 cancers have already produced results. I am humbled by e-mails from parents taking the time to thank me for educating them about the importance of the HPV vaccine, and how it caused them to get their child vaccinated. Having a full and well-lived life is great, but being able to make adifference in the world before I go—that’s truly a cherry on top of the sundae.

Read more about Michael at:

Patient StoriesBreast Cancer
My Race to Be Cancer-Free
By Sara Gilles
Sara Gilles, an athlete and physical therapist who completed several Ironman triathlons, was shocked by her breast cancer diagnosis in her early 50s. Her husband had to tell others about her diagnosis, because she was too traumatized to say “I have breast cancer.”
Last modified: June 10, 2022