At Age 24 Cancer Changed Who I Was 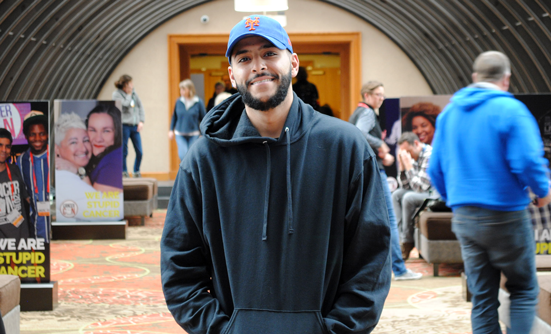 After a slew of seizures, misdiagnoses, and unanswered questions, Mouhamad Beydoun found out that, at the ripe age of 24, he had cancer covering his entire brain.
August 2017 Vol 3 No 4 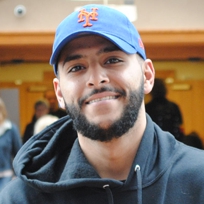 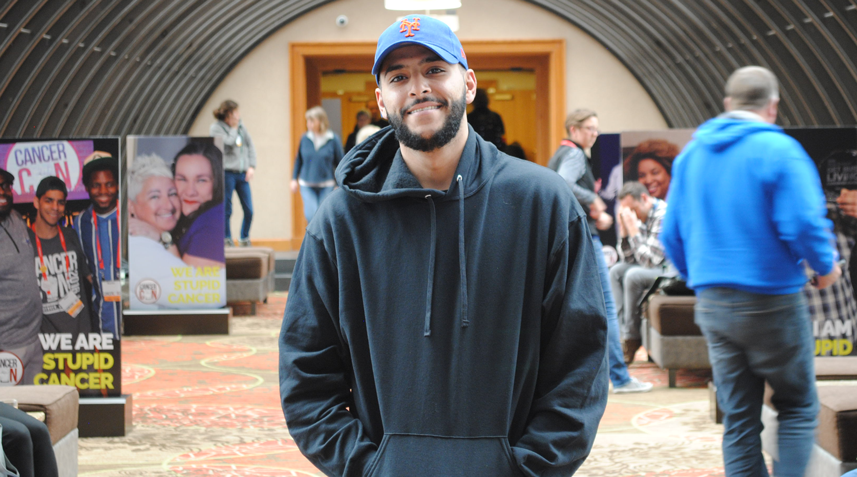 Every single part of my self before cancer was left behind. I was working at AT&T, making $90,000 a year, having the time of my life. I was also this antsy, anxious, superficial 24-year-old. I only wanted material things—the newest Xbox, the newest iPhone. I was the class clown—everybody laughed at me, never with me. I could only escalate situations; I wasn’t really able to take myself out of them.

The Frustration of Misdiagnosis

I couldn’t take myself out of the cancer situation either. I kept getting misdiagnosed, and no one knew what to do with me. One symptom was double vision, which was coming and going. I kept going back to the emergency department, and the doctors kept telling me there was nothing wrong with me. I didn’t have health insurance, and they told me they didn’t want to do unnecessary tests. Finally, I just accepted what they said.

But the double vision returned. I walked into the emergency department one night at 3 am and demanded that they do an MRI. That led to a diagnosis of multiple sclerosis (or MS), and I was told to go home, sleep it off, and see a neurologist in the morning.

The neurologist wanted to do a spinal tap right away. I didn’t like how fast she proceeded, discounting any other possibilities, and my choices. Instead of doing what she wanted, I left her office and—for 1 full year—bounced around from doctor to doctor, spinning my wheels. Eventually I found a doctor who said he saw lesions on my brain, but he was fine just monitoring me, because he thought the disease was stable.

About 9 months later, I had a seizure at a New York subway. I was completely numb. I wrote “911” on a piece of paper, and gave it to the guy sitting next to me. I was rushed to the emergency department, and they did a CT scan, but didn’t find anything new. They told me it was an anxiety attack, saying that I should go home and quit smoking. Sounds crazy, doesn’t it?

A week later, I had a grand mal seizure. Tests showed that the small lesion on my brain got larger, but again, I was told, “There’s nothing wrong with you, except your MS is acting up. Go home.”

I didn’t know what to think. Maybe I was having an anxiety attack. Even though I’d gone on disability for MS, I went back to work. I had another grand mal seizure and fell on my manager’s lap. The next thing I remember is waking up in the New York University emergency department with all my family members surrounding me. And then I started crying.

That’s when my old life ended. I was bedridden for 3 months, unable to walk. I left the doctor who monitored me and sought out another doctor. But this didn’t work out well, and after a few months I went back to the same doctor again when things got really bad.

Now he finally wanted to get to the root of the problem, and he scheduled me for brain surgery. The surgery finally revealed that I had cancer. The cancer covered my entire brain. I was diagnosed with central nervous system lymphoma.

The treatment was rough and very invasive. I went to the hospital for 5 days for chemotherapy, then home for 3 weeks to recuperate. By the time I finally felt better, I was back in the hospital again.

After chemo, I had a bone marrow transplant. About 3 weeks later, after they put my own immune cells back in, I was released from the hospital under strict orders to isolate myself from everyone.

I didn’t have the easiest transition to survivorship. I wasn’t ready to open up to new ways of thinking about life. I smoked a lot, which was my coping mechanism, and I was taking oxycodone that the doctors prescribed for me for pain. Then my cousin died from a heroin overdose, and that was a huge wake-up. I knew I had to go to a clinic to detox.

When I got cleared from the detox clinic, I tried to go back to AT&T, but I kept getting turned down. My girlfriend asked, “Why don’t you go back to school?” But I was still too focused on my own pain, my own struggles, and I wanted to go back to the old ways. I snapped at her, because I didn’t think she understood me, or understood cancer. And she had battled cancer with me!

She saw how much I was failing, and she came up to me one day and said, “You know what, Mouhamad, I’m done.” And it was that week that I woke up and started changing my life.

Searching for a New Voice

It was a struggle to find a new voice for myself after treatment. It took about 3 months of soul-searching, but I finally recognized I’d always loved photography.

I also remembered that one of the MRI technicians near the beginning of my diagnosis—when I was too angry and scared—after seeing my scans, reached out to me, just talked with me. That helped.

I recently just finished my second year in school to become an x-ray technician. It’s the type of photography that can make a difference in people’s lives.

Now, at age 26, the relationship with my girlfriend could not be better. Sometimes I’m not sure how and when to tell my story. Part of me is protective of it, not wanting to be made fun of, and the other part wants to be an advocate and make a difference.

People took me for a joke before. I was completely ego-driven before cancer, but I’ve become much more empathetic after it. Cancer is an ugly disease, but I managed to draw some beauty from it. Now I want my voice to mean something when I walk into a room.