The Dangers of Fake Medical News

In today’s busy news environment—with its 24-hour story cycles, social media platforms, and flood of information—phony medical news spreads like a flu virus. Even serious topics such as cancer, heart disease, and drug addiction aren’t immune to becoming fodder for fake news, with misinformation masquerading as facts. If you search for the term “cancer treatment” on Google, you’ll get millions of pages of articles and websites on the topic. A YouTube search reveals a plethora of videos purporting to share information on a “cancer cure.”

“I am very concerned about the harm fake news may do to patients as well as to society as a whole,” says Dr. Markman. “I also think the credibility of the medical establishment, and the scientific establishment, is hurt when people ultimately believe they can’t trust what they read.”

Fake medical stories are all over the Internet. They contain inaccurate and misleading information. Bogus information packaged to look like real news is such a concern that the FDA recently published a list of 187 phony cancer “cures” that consumers should avoid. Products ranged from herbal extracts and teas to pills and so-called cancer-fighting creams. Fabricated medical news isn’t limited to the Internet—fringe publications disguised as medical journals and filled with “news” on phony breakthroughs and sham studies are popular, too.

“Today there are hundreds of online journals, and they’re all fancy, and you don’t know if you can trust them or not,” says Dr. Markman. “I don’t think anyone should trust information simply because it is written in a particular medical journal or because the United States government says it’s so. We need to be skeptical—we need to ask questions. We should all ask questions.”

How to Spot Fake Medical News

The popularity of fake news probably would not exist if people didn’t believe it and share it. Learning how to spot fake medical news requires a healthy dose of critical thinking. The American Council on Science and Health says there’s no easy way to distinguish fact from fiction, but the agency lists red flags to look out for, such as:

Several organizations are trying to stop, or at least slow, the avalanche of false information. Facebook, for example, has put limits and qualifications on what users can share on the social media platform. Facebook users will now be alerted when independent fact-checkers deem a news story inaccurate or false. These groups will verify news stories using a uniform set of ethical guidelines. If a story is flagged as containing misinformation, it will be labeled as “disputed” when it appears in newsfeeds, along with a link to stories explaining why the news may be fake. The American Society of Clinical Oncology has published a list of cancer myths and facts to debunk them, offering readers a tool that may help fact check questionable cancer-related stories. “The bottom line is fake news has real consequences,” says Dr. Markman. “Particularly in the cancer arena, where people are always looking for hope, looking for promising ideas, they are potentially vulnerable.”

American Society of Clinical Oncology: Myths and Facts About Cancer
https://www.cancer.net/sites/cancer.net/files/asco_answers_myths_facts_about_cancer.pdf
Tips to Spot False News
http://www.facebook.com/help/188118808357379
Recommended For You

SurvivorshipCOVID-19 & CancerBreast Cancer
For Cancer Survivors in the COVID-19 Recovery Phase, We’ve Heard “It’s Time to Move On” Before
By Amy Wu
Amy Wu, breast cancer survivor and advocate, relates her experience of living with cancer through the pandemic, noting the parallels between coming out the other side of cancer and COVID-19, and how important keeping realistic expectations and finding joyful distractions can be. 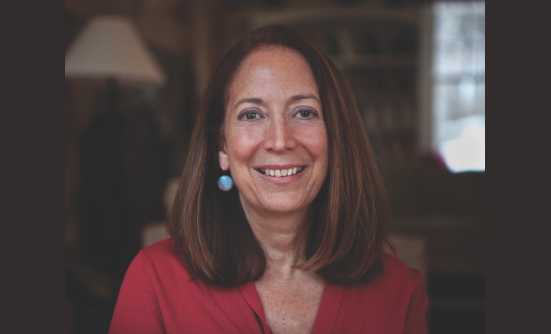