For Kids with Cancer, Connecting Their Families Through Food 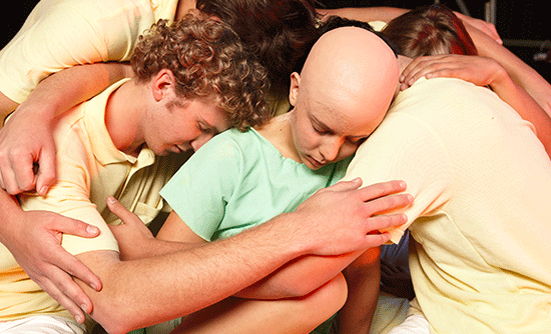 Chef Ryan Callahan has released his latest book, Cooking for Kids with Cancer, as a way to help families deal with flavor and diet changes and empowering them to take control back in their lives through cooking.
Web Exclusives – November 7, 2016

A frail and pale young girl with a shaved head is in the kitchen cutting onions. Her mom is next to her turning down the heat on the stove as the pot of water boils. The young girl’s brother and dad are getting more ingredients and food out of the cupboard and fridge.

A warm feeling is in the air, and the young girl smiles as she looks up at her mother.

Despite having the weight of the world on their shoulders, everyone’s current thoughts are focused on the task at hand: creating a meal together.

This is what Chef Ryan Callahan hopes can become a reality for families dealing with these circumstances. In Callahan’s latest book, Cooking for Kids with Cancer, he hopes cooking and food can provide a reprieve from cancer for the whole family.

“We realized it would be a great continuation of our mission to help empower families to take control of their lives,” explains Callahan. “Kids especially need help because they don’t know how to express what is wrong with them, and cooking and enjoying food can be one way to serve as a positive thing in their lives—and for the entire family.”

Earlier this year, Callahan was contacted by a cancer organization in West Virginia to make several cooking videos. It was during this experience, as well as his overall cancer experiences with his family and a friend, that he decided to write this latest book.

Cooking for Kids with Cancer is a learning opportunity for parents as they teach communication to their kids with the language of food. “In the book, we teach parents about food, flavoring, and seasoning, and how to communicate with their kids by doing eating exercises,” states Callahan.

This not only engages kids—as you are having an ongoing conversation about food—you are teaching kids to communicate their needs or desires.

Along with teaching kids how to communicate, another interesting aspect with Callahan’s books is his unique concept to help people eat when they are going through chemo. At a time when people typically don’t want to eat because they are dealing with nausea or a metallic taste when they do eat, Callahan has developed his palate-cleansing concept to overcome the latter side effect.

Callahan has had a lot of experience with seeing people he loves with cancer. Two grandfathers, one grandmother, his mother, and Tommy, a friend in college, have all battled cancer. Although they had different cancers, they all experienced a metallic taste in the food they ate.

Callahan really noticed this side effect when he was cooking for his mother as her caregiver. After experimenting with different foods and ingredients, he developed his palate-cleansing concept, and was able to get his mom to eat again.

“You start by taking 2 tablespoons of red wine vinegar and 2 tablespoons of sugar, and you put it in the middle of the dish you are cooking,” explains Callahan. “You let the 2 ingredients cook in; the sour flavor remains very subtly, and the sugar masks the sour flavor and balances it out. So it cleanses out the metallic taste from chemo and helps with how the palate perceives the weight of the dish.”

This is where he knew he had something unique, and had the makings of his first book Cooking for Chemo…and After! After publishing this book in 2015, he received numerous praises, including winning the Gourmand World Cookbook Award for Best Health and Nutrition Book for 2016.

“It is a massive honor to have some accreditation,” states Callahan on winning the award. “It carries such weight. When people go, ‘oh you wrote a book?’ And then you go on to tell them you won a Gourmand award, it is on the same level as a James Beard Award.”

Prior to winning the award, Callahan used to joke that he never won anything. He believes winning had to do with the cooking techniques more so than the prose of the book. Nonetheless, the response to the book was widely acclaimed, and feedback both in the United States and internationally offered some helpful insights.

Taking people’s comments, Callahan decided to update Cooking for Chemo…and After! Earlier this year, he updated the book, including changing the font for easier reading, redesigning the cover graphics, and including an area for international audiences to convert measurements and understand American cooking phrases and terminologies. For example, outside of the United States, other English-speaking countries use the term “fresh coriander” when referring to cilantro.

To read more about his experiences and the background for the book, go here.

Callahan continues to write and has just released Chef Ryan Callahan’s Tasting Journal, which focuses on making notes on food you are eating during and after cancer treatment. He is currently working on Cooking for Cancer and After, which will be completed next year.

For Cooking for Kids with Cancer, Callahan sees a few different benefits for families, including getting families’ minds off the seriousness of dealing with their child’s cancer, getting them to eat when they likely don’t want to eat, and a chance to understand food on a greater level.

To purchase Callahan’s books, go to his website here. 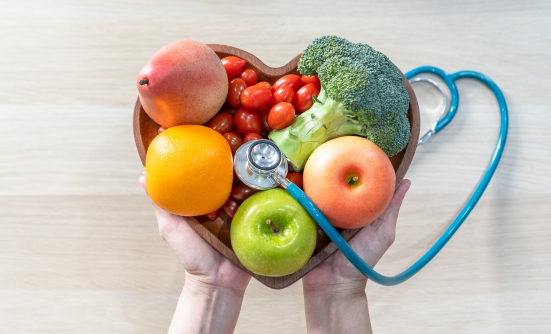 Nutrition & Cancer
A Healthy Diet May Reduce the Risk of Cancer
By Mu Lin
Based on current and evolving scientific evidence, the cancer prevention guidelines have been shifting from a nutrient-centric approach to a more holistic approach of diet that is characterized as dietary patterns.
Last modified: March 10, 2022