Breaking News: Sellas Announces Promising Data on NeuVax in Combination with Herceptin in HER2 1+/2+ Breast Cancer 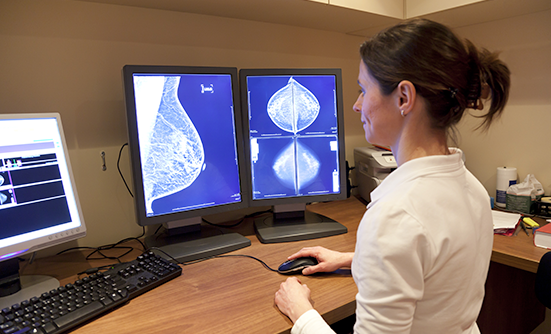 This week Sellas Life Sciences Group announced data from a study of NeuVax (nelipepimut-S) in combination with Herceptin (trastuzumab) in patients with HER2 1+/2+ breast cancer. All node-negative (N0) patients had triple-negative breast cancer (TNBC), as did the majority of patients with low-volume nodal disease (N1); the remainder of the patients had disease that expressed hormone receptors. The interim data from a phase 2b prospective, randomized, single-blinded, controlled, investigator-sponsored trial was from a prespecified analysis. The Data Safety Monitoring Board (DSMB) conducted the efficacy and safety analysis among an overall population of 275 patients, as well as the 2 primary study target populations (node-positive and TNBC) after a median follow-up of 19 months.

The combination showed a clinically meaningful difference in median disease-free survival (DFS) in favor of the active arm (NeuVax plus Herceptin) versus Herceptin alone. DFS was a primary end point of the study. The study showed hazard ratios (HRs) of 0.67 and 0.61 in the intent-to-treat (ITT) and modified ITT (mITT) populations, as well as a 34.9% and 39.5% reduction in the relative risk of recurrence in the active arm versus the control arms in the ITT and mITT populations, respectively.

This analysis also showed an adverse event profile with no notable differences between treatment arms. The addition of NeuVax to Herceptin did not result in any additional cardiotoxicity compared with Herceptin alone.

“We are very pleased with these findings, which suggest that NeuVax + Herceptin may provide a clinically meaningful benefit to breast cancer patients with low to intermediate HER2-expression, especially given the recent report of the NSABP B-47 trial showing no benefit in these patients with Herceptin alone,” COL (ret) George E. Peoples, MD, FACS, principal investigator of the trial, commented in a press release from Sellas Life Sciences Group, Inc.

NeuVax is a cancer vaccine that is composed of part of the HER2 receptor protein, combined with granulocyte-macrophage colony-stimulating factor (GM-CSF). The vaccine stimulates production of T-lymphocytes against cells expressing the receptor, which then prevent recurrence of the cancer. In some patients with breast cancer, expression of HER2 on their tumors is so low (immunohistochemistry 1+/2+) that Herceptin alone will not be sufficient for an antitumor response through HER2 signaling inhibition or antibody-dependent cell-mediated cytotoxicity. In these low expressers, NeuVax appears to synergize with Herceptin.

Sellas’ CMO, Nicholas J. Sarlis, MD, PhD, noted, “One of the key characteristics of this NeuVax plus trastuzumab combination study in women with HER2 ‘low expresser’ breast cancer in the post-frontline maintenance setting was the significant enrichment of the overall population in tumors that are traditionally defined as TNBC, as 36% of enrolled patients harbored this highly aggressive tumor type. This is in direct contrast to other studies previously conducted in this ‘space,’ such as the NSABP B-47 (trastuzumab vs placebo) and the PRESENT (NeuVax + GM-CSF vs GM-CSF alone) studies, as in the latter the percentage of TNBC was significantly lower. Additionally, there are further key differences among the 3 studies: PRESENT only enrolled patients with node positive disease; NSABP B-47 enrolled patients with node positive or high-risk node negative disease (mostly hormone receptor-positive N2 and N3 disease); the current trial allowed only TNBC N0 disease, and the low volume nodal disease (N1) cohort was highly enriched in TNBC. These details are important for the understanding of the underlying clinical and biological aspects of the observed effect. A more in-depth discussion on these points will be forthcoming with the presentation of the full results from the NeuVax + Herceptin study in a major scientific conference.”

He further commented, “The effect seen with the combination in the TNBC cohort also has a potential pharmacodynamic basis, as co-administration of trastuzumab could enhance the immunogenicity of HER2. The mechanism involves internalization of HER2-trastuzumab complexes and processing thereof in the tumor proteasome, with the shuttling of HER2 peptide fragments back to the membrane where these peptides are presented to antigen-presenting cells (ie, macrophages, dendritic cells, and monocytes) in a MHC class-I context. This increase in antigenic load leads to subsequent synergy due to the presence of antigen-specific CD8 lymphocytes, which would have already been sensitized against HER2 through NeuVax vaccination. The end result is activation of the cellular immune cascade, which is poised to result in an antitumor effect.”

Finally, Dr Sarlis concluded, “We are excited by these new data and will be discussing the possible mechanistic underpinnings of this effect with the study principal investigator and key external experts to better understand the potential of advancing further clinical research. As we already announced, we are eager to advance NeuVax through a partnership or other strategic collaboration, and, based on the express recommendation of the DSMB of this clinical study, to seek engagement with regulatory authorities to identify the optimal path forward for NeuVax in TNBC.” 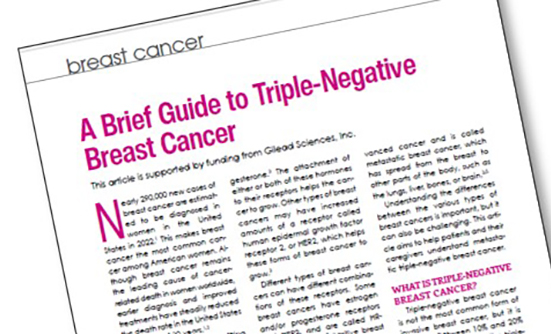