African Americans Are at Higher Risk for Multiple Myeloma, a Rare Blood Cancer 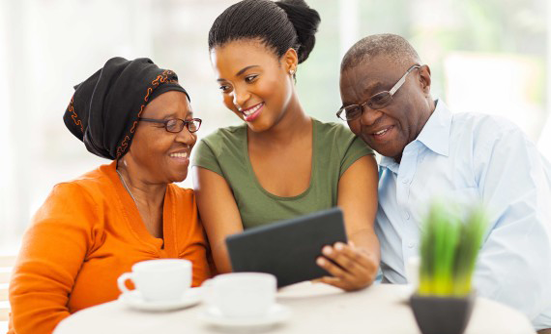 Studies indicate that African Americans are twice as likely to be diagnosed with multiple myeloma compared with Caucasians or other ethnic groups.
April 2015 Vol 1 No 2

Although it is a rare blood cancer, multiple myeloma is an aggressive and rapidly progressive illness that causes certain white blood cells that are normally responsible for combating illnesses to be overproduced. This proliferation of abnormal cells is known as myeloma cells that can lead to the growth of tumors that could spread to multiple sites in the body. This is known as multiple myeloma.

During the past 10 to 15 years, there has been a concentrated effort to develop updated and more effective medical treatments for this type of cancer, which affects an average of 15,000 to 20,000 newly diagnosed patients in the United States each year.

New therapies are providing more effective treatment options for patients, increasing overall survival, in some cases, to as many as 10 years after diagnosis. Like many other cancers, multiple myeloma has become more of a managed disease for patients and their caregivers, but this illness is not without a curious health phenomenon.

For the past 3 decades, the number of new cases of multiple myeloma and the number of deaths from the disease have mostly leveled off, except within the African-American community, which has seen significant growth compared with Caucasian populations.

This rare form of blood cancer disproportionately affects African Americans and is one of the leading causes of cancer-related deaths among this population. Studies indicate that African Americans are twice as likely to be diagnosed with multiple myeloma compared with Caucasians or other ethnic groups. In addition, evidence shows an increasing incidence of the disease, and a growing onset at a younger age.

The causes and reasons for this spike of disease activity, as well as the racial disparity in incidence and mortality remain unclear. Various elements, such as diet, socioeconomic status, and occupation, have been closely studied to determine the causes of this racial discrepancy, but no conclusive evidence has been established.

Although the risk for multiple myeloma is seemingly elevated among African Americans of certain socioeconomic levels and those who are involved in certain occupations, further research is needed to determine the environmental and genetic factors that may play a part in multiple myeloma.

In addition, evidence demonstrates that African Americans are less likely than other underserved populations to be bone marrow or stem-cell donors, and they are less likely to participate in clinical trials of novel treatments. These facts are disconcerting for public health leaders who shoulder the responsibility of helping these patients to receive up-to-date disease information and use that data for treatment.

What makes multiple myeloma a challenge to diagnose is that the disease symptoms can also be found in other illnesses. For example, one of the conditions often caused by a myeloma tumor is the destruction of bone, which may not be seen initially as related to cancer. With a clearer understanding of the genesis of the condition of a patient who has myeloma, the physician may suggest the intervention of an oncologist, who will make a more accurate cancer diagnosis.

It is critical for African Americans who experience any type of bone or muscle pain, numbness in their extremities, muscle weakness or infections, including pneumonia, to schedule an appointment with their physician to determine the extent and source of their condition.

Beyond Treatment: An Informed African-American Community

A growing number of resources are available to African Americans who are living with multiple myeloma, or those who suspect they may have contracted this blood cancer. Groups such as the Multiple Myeloma Research Foundation, the International Myeloma Foundation, and the Tackle Cancer Foundation are excellent sources for important information about symptoms, treatment options, oncologists, and a myriad of other information that may affect a future patient with cancer.

One resource that is directed at African Americans and has recently become available is an educational DVD cosponsored by the Tackle Cancer Foundation and The Takeda Oncology Company. The DVD is called “Multiple Myeloma in the African American Community” and is an effective resource for patients and caregivers; it is spearheaded by Kimberly Alexander, who lost her husband, Elijah, to multiple myeloma.

Ms. Alexander said, “My desire to stay educated about multiple myeloma didn’t end when my husband lost his battle with cancer due to complications from the disease. I will forever be concerned about the possible implications this may have for our children, grandchildren and future generations. Because I know the incidence rates of multiple myeloma within the African-American community, my wish for a cure goes beyond doing something in memory of my husband; it could be the difference maker for our family for years to come.”

Takeda’s involvement within this community has been ongoing and has identified outreach to the underserved African-American community, a focus through their Patient Advocacy group. Kathy Gram, who is part of the company’s patient advocacy leadership, said, “we have African-American multiple myeloma patient ambassadors and caregivers tell their stories to the African-American community to offer hope, inspiration and the importance of clinical trial participation. The ambassadors also encourage multiple myeloma patients to seek second opinions (myeloma specialist) and find a patient support group in their area. They are also reaching out to both the national office of minority health care and the state offices to identify channels for education and awareness.”

Oncologists and other professionals who are treating patients with myeloma, and scientists who are challenged with developing future treatments, and possibly a cure, agree there is a need for more information about understanding the impact of this disease on African Americans. There is also a need for community education programs to educate African Americans about their risks for developing multiple myeloma and the benefit of clinical trials, so that they may better understand this new information and apply it to their lives. 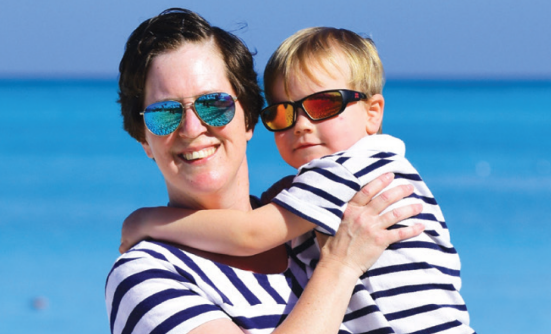 Multiple MyelomaPatient Stories
Living with the Ongoing Fear of a Multiple Myeloma Relapse
By Alyssa Dickey
Alyssa Dickey searched for 2 years for the source of her recurrent illnesses before she was diagnosed with multiple myeloma. Now, she tries to find balance in her life and live in the present, knowing that the cancer will likely return. 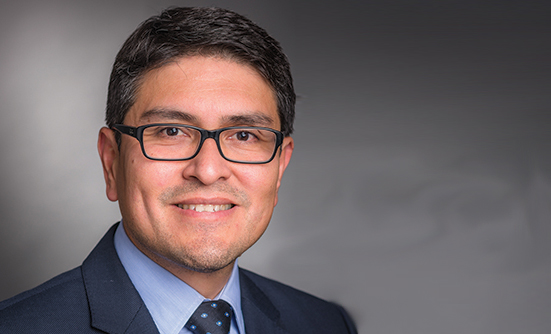 Multiple Myeloma
What Your Doctor Should Know: Which Treatment Is Best for a Patient with Relapsed or Refractory Multiple Myeloma?
By Meg Barbor, MPH
Many medications for multiple myeloma have been approved in recent years. That is great for patients, but it becomes even more important that doctors choose the best treatment for each patient.