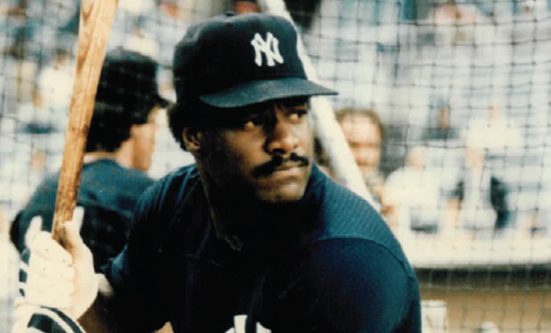 Baseball MVP Don Baylor died in 2017 after a 14-year battle with multiple myeloma, but his legacy lives on thanks to the work of his son, together with Don’s close friend and Baseball Hall of Famer, Dave Winfield.
February 2019 Vol 5 No 1
Kelsey Moroz 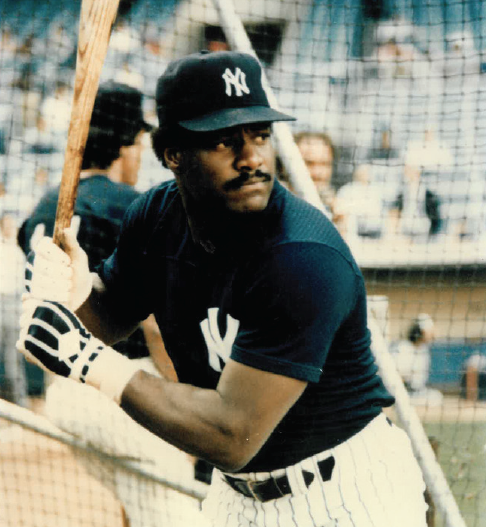 Don Baylor in batting practice as a member of the New York Yankees.
The name Don Baylor is familiar to anyone involved with Major League Baseball. He was an American League MVP in 1979, and baseball was an important part of his life, as a professional player and later as a coach.

During Don’s long baseball career, he always had a strategy. He knew which players he was facing, what they had done to him before, and what his team needed to do to win the game. When he was diagnosed with multiple myeloma in 2003, this approach carried over into his personal life, and he made sure to have a plan for how he wanted to tackle cancer.

Don never took his health for granted and was always mindful of taking care of his body. So, when he felt stiffness in his back during the transition from spring training to the regular season, he didn’t hesitate to get additional tests done at the request of his team’s medical staff. Not long after, he was diagnosed with multiple myeloma.

Despite jumping headfirst into treatment to try to stop and extract the cancer, Don never stopped performing his professional duties as a coach. Multiple myeloma is a type of blood cancer that usually involves cycles of disease remission with appropriate treatment, after which the disease relapses (returns). That certainly was the case with Don throughout his battle with multiple myeloma.

He was in and out of treatment from his diagnosis and throughout the rest of his baseball coaching career, but there was never a question as to whether he would be out there on the field. If he could walk and put on a uniform, he was taking to the field. 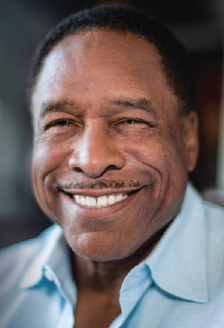 “He wasn’t a man of a lot of words, but his action spoke volumes,” said Don’s good friend Dave Winfield—12-time Major League Baseball All-Star and Hall-of-Famer. “He was a heck of a baseball player. He was one of the best athletes to ever come out of Texas,” Dave said.

“When he played the game, he played hard. There were so many stories about this man, but he wouldn’t talk about himself, he wouldn’t brag; but everybody had a story about his kindness, and the way he reached out to others. He had that kind of quiet leadership,” Dave added.

Don’s son, Don Baylor Jr., is trying to do everything he can to carry on his father’s legacy. “Some of my dad’s core values were really about community, family, service, dignity, and giving back,” Don Jr. said.

When the drug company Amgen approached Don Jr. about becoming involved with the Myeloma Most Valuable Plan (MVP) initiative, Don Jr. knew it was something his father would have supported.

The goal of Myeloma MVP is to help people dealing with a multiple myeloma diagnosis develop a treatment plan that is based on the patients’ top priorities regarding any treatment they receive. A fitting campaign to be associated with Don’s legacy.

Dave, who is working with Don Jr. on the Myeloma MVP initiative, believes that this campaign represents much of what Don embraced in his own life.

“Don had things to do every day, things that he wanted to accomplish. I can’t say for certain what kind of positive impact this had on his life, but for him to live 14 years after being diagnosed, I think it had a lot to do with having a strategy,” Dave said.

“The campaign helps develop a plan or strategy between a patient and an oncologist, including things you want to do, what you want to accomplish, how you want to live, how you expect to move forward. So, developing that plan, I think, is a positive way of combating this disease,” Dave added.

Don Jr. witnessed his father implementing much of these strategies years ago, when he was fighting multiple myeloma. “There are a couple of different ways to run when it comes to adversity. You can either run away from it or you can run and stand up to it and that is the kind of person my dad was, but that’s also the kind of cancer patient he was,” he said.

“Even before he was diagnosed, he was always very mindful of what his doctors were telling him about taking care of his body, being healthy. When the diagnosis came, and the partnership was established with his medical team, in some ways it was a natural continuation of how he continued to monitor, be proactive, and really aggressive about his care and about his health,” Don explained. 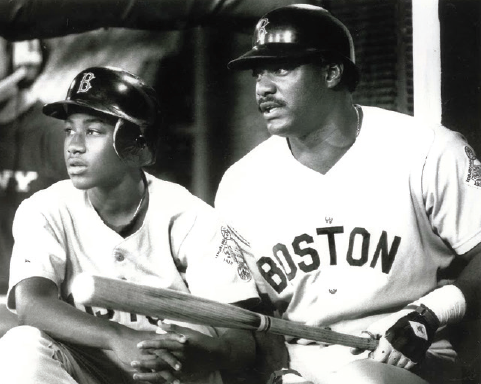 Over the past year, Don Jr. and Dave have been spreading the word about Myeloma MVP. From the All-Star Game to the World Series, they set the groundwork needed for the campaign to gain traction and help others facing this disease.

Dave and Don are grateful for the tremendous amount of support they have received from fellow baseball players and other members of the sport.

“Personally, this is really kind of an intersection of two families if you will,” Don Jr. said. “One being the baseball family, which I was a part of before I was even born, and then the multiple myeloma family or cancer survivor family, which is something that I have come to appreciate and learn a lot more about recently.”

The intersection between baseball and multiple myeloma has more overlap than one might think.

“It is interesting that there are other members of the baseball family who have been diagnosed, or are dealing with this particular disease,” Dave said. “There are more than you would think, given how few Major League Baseball players there have been.”

Don wasn’t the type of player who was going to push himself into the spotlight, but Dave thinks that is part of the reason why his legacy works so well with the Myeloma MVP campaign.

“People listen, because Don wasn’t the guy that you were necessarily going to see in the newspaper, with his quote all the time, but everybody had a story about this very respected solid human being,” Dave said. “I’m sad he is no longer with us, but I’m very happy to be able to speak about his legacy on his behalf, about this disease, and hopefully we can make some progress.”

FDA Approvals, News & UpdatesMultiple Myeloma
Darzalex Faspro, Kyprolis, and Dexamethasone a New Combination Approved for Multiple Myeloma
In November 2021, the FDA approved the combination of subcutaneous Darzalex Faspro (daratumumab and hyaluronidase) plus Kyprolis (carfilzomib) and dexamethasone for adults with relapsed or refractory multiple myeloma who have received previous therapy. 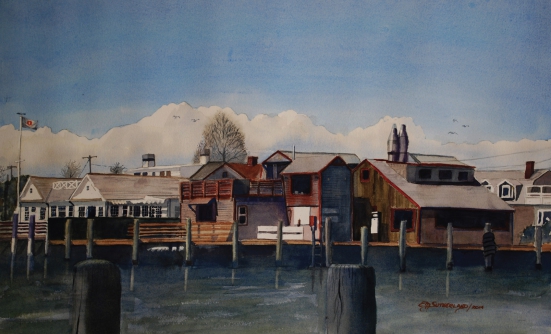 Art TherapyMultiple Myeloma
Cancer Concerns Drift Away While I Focus on My Painting
By Eddie Sutherland
While painting this beautifully realistic rendition of a Clam Shack in Cape Cod, Eddie Sutherland was able to step back, focus on his art, and forget his cancer concerns for a while.
Last modified: April 15, 2019