Mark Ryan, RN, is not worried about the impact of climate change on the weather, but on skin cancer, which he knows first-hand. A decrease in stratospheric ozone requires stringent environmental regulations to prevent cancer, he says.
April 2021 Vol 7 No 2 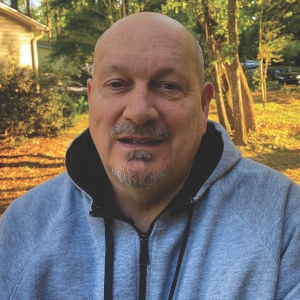 The most likely cause of the basal-cell cancer growth near my nose and a large squamous-cell area on the scalp was exposure to ultraviolet rays. In my younger years, especially, I spent too much time in the sun. I also check most of the other at-risk-for-skin-cancer boxes:

The World Health Organization (WHO) reminds us of another important factor among the causes of skin cancer.

The WHO and its partner organizations predict that a 10% decrease in stratospheric ozone could cause an additional 300,000 non-melanoma cancers and 4,500 melanoma skin cancers annually worldwide.1,2

I’m hoping that the WHO is wrong.

Michael Ford, MD, my Tallahassee dermatologist surgeon, is a good guy, but I’m hoping that I won’t be seeing much of him in the next 30 years. Dr. Ford recently used the Mohs micrographic procedure to remove the cancerous tissue around my nose.

With the Mohs procedure, each individual layer of the tissue was examined under a microscope, 1 layer at a time, until Dr. Ford confirmed that all the cancerous layers were gone. He spared as much of the healthy tissue as possible, while ensuring the elimination of cancerous roots that can spread in blood vessels, nerves, and cartilage.

Dr. Ford also used the Mohs procedure to remove the squamous-cell spot on my scalp, after the area was first treated with topical medication (fluorouracil) for 6 weeks, to shrink the cancerous tissue.

The Mohs procedure, a technique named after the Wisconsin surgeon Dr. Frederic Mohs, is considered the treatment of choice for most head and neck skin cancers, because it offers a high cure rate.3 In 1987, then-President Ronald Reagan opted for the Mohs method after having a recurrence of skin cancer on his nose.4

I dodged melanoma, a more serious skin cancer, which the American Cancer Society estimated to be the cause of 7,230 deaths in 2019, including an estimated 4,740 men and 2,490 women.5

With the rolling back of environmental regulations in recent years—limiting methane emissions from natural gas sites in public lands, for instance—the risks associated with skin cancer are believed to be rising. According to the U.S. Environmental Protection Agency, methane gas is more destructive than carbon dioxide in trapping the earth’s heat.6

In recent years, many of our government officials were listening to the wrong people.

In 1987, President Reagan, listening to the experts, and perhaps leaning on his own personal experience, overruled dissenting Cabinet members in promoting U.S. goals for the Montreal Protocol, an environmental treaty requiring ozone-depleting chemicals to be phased out.7

“How did Ronald Reagan, of all people, come to favor aggressive regulatory steps and lead the world toward a strong and historic international agreement? A large part of the answer lies in a tool disliked by many progressives but embraced by Reagan (and Mr. Obama): cost–benefit analysis. Reagan’s economists found that the costs of phasing out ozone-depleting chemicals were a lot lower than the costs of not doing so—largely measured in terms of avoiding cancers that would otherwise occur.”8

With climate change again being recognized as a priority issue by the current political administration—34 years after President Reagan’s skin cancer recurrence on his nose—business may finally be slowing down for Dr. Ford and his dermatologist colleagues. 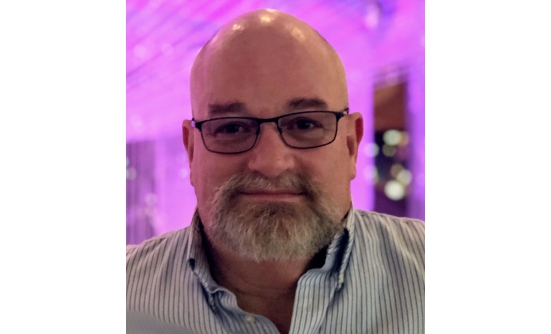 Patient StoriesLung Cancer
The Pandemic Is Not Over: Staying Connected and Receiving Encouragement While Living with Lung Cancer
By Ron Simmons

Patient StoriesBreast Cancer
My First Mammogram and a Surprising Diagnosis
By Nicole Davis
Nicole Davis went for her first mammogram a few weeks after turning 40 and suddenly her worst nightmare was a reality.

Breast CancerPatient Stories
My Ups and Downs with Cancer
By Fay Jones
Fay Jones shares her story of a breast cancer diagnosis full of uncertainty, how she dealt with hair loss, and then finally being cancer free.
Last modified: April 26, 2021