Living My Life While Dealing with Multiple Myeloma

Thomas Goode always worked out; when he felt an excruciating pain on his left side one day working out, he knew something was wrong and visited a surgeon. After terrible back pain months later and another x-ray and MRI, he was diagnosed with multiple myeloma.
June 2022 Vol 8 No 3 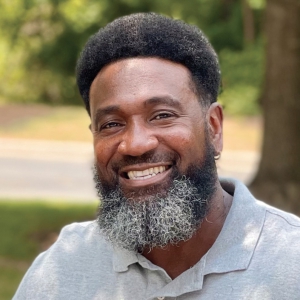 Before I was diagnosed with multiple myeloma at age 34, my life looked very different from what it is today. I was a husband and a father. I had a full-time job at a prison, and I worked out a lot. And now? Well, I still work out a lot, that’s never changed, and I’ll always be a father.

But the rest of it? It’s all gone away. And I couldn’t be any more at peace with it than I am now.

In early 2006, during a vacation with my family, I was working out in the hotel gym when I felt excruciating pain on my left side. A man came up to me and asked how long I had shoulder problems. I said I hadn’t had any, but when I got back home and was playing basketball, the same pain came back.

My family doctor said it was bursitis (painful inflammation in the shoulder). However, because I am right-handed, I thought that didn’t make sense.

So I got a second opinion from an orthopedic surgeon, whom I had met when I had knee problems. He ordered an x-ray and an MRI, which showed that I had a tumor called “plasmacytoma” (which can turn into multiple myeloma) in my left scapula.

The orthopedic surgeon connected me with an oncologist he trusted. The oncologist prescribed radiation, which I received 5 days a week for 6 weeks. The tumor shrunk and disappeared, and I was able to move my arm without the pain.

I was feeling good for about 8 months, and then started having excruciating pain in my lower back. The pain was so bad that I was unable to walk.

I went back to the orthopedic surgeon, who ordered another x-ray and an MRI that showed a tumor between 2 vertebrae in my back, and sent me back to the oncologist. I was diagnosed with stage II multiple myeloma and received more radiation, followed by induction chemotherapy.

Again, I received radiation in the back, as well as on a spot on my fifth rib. I started chemotherapy for multiple myeloma, which was also used to prepare me for a stem-cell transplant called “autologous transplant,” where the patient’s own stem cells are being used.

In July 2007, I had the transplant, but it was not successful. So a month later, I joined a clinical trial that involved a combination of several chemo drugs. Meanwhile, my older brother Earnest started harvesting his cells in preparation for my second transplant, which was a different type called “allogeneic transplant,” in which a donor’s stem cells are being used instead of the patient’s own cells.

In 2008, after 8 days of radiation to the area of my T12-L1 vertebrae, I had my second transplant. I had some of the common side effects that are associated with a transplant, including nausea, vomiting, diarrhea, and graft-versus-host disease. But I had a complete response to the transplant, which lasted 2 years.

Every time I had pain, I let my treatment team know that I felt something different. I requested a PET/CT scan, and my team agreed, knowing that I know my body and advocate for my own health.

In 2010, I had another bout of excruciating pain in my lower back. This time, the tumor was in my T3-T4 vertebrae and on some of my ribs. I joined another clinical trial, which included the use of vorinostat, a drug approved for lymphoma that was now being investigated for multiple myeloma, plus chemotherapy, after 8 days of radiation and 8 cycles of total body radiation (twice a day for 4 days). And my brother had harvested his stem cells, again, for yet another transplant.

Although that transplant went well, I had many of the same side effects as before, plus orthostatic hypotension, which was caused by a reduction in the stress hormone cortisol. This condition led me to faint when I stood up too quickly.

After this third transplant, my oncologist prescribed subcutaneous Velcade as long-term maintenance medication. In 2012, the pain started again, indicating the drug was no longer effective for me, and I requested another PET/CT scan. Instead of a fourth bone marrow transplant, I had another 8 days of radiation in the T8-T9 vertebrae in my back, and then I started treatment with Revlimid, a relatively newer multiple myeloma drug.

In 2014, my lymphocyte levels were dropping. Now, instead of stem cells, my brother harvested his lymphocytes for a donor bone marrow infusion; I had 4 of those infusions over the next 8 years.

In May 2020, during my yearly checkup I had a PET scan. The scan showed that I had broken a rib at some point, which had completely healed, but now there was also a tumor, which meant I had another relapse. Again, I had 8 days of radiation, and then 3 cycles of the combination of the recently approved multiple myeloma drug, Darzalex, plus Pomalyst and dexamethasone. I also received another donor lymphocyte infusion.

Then I had a chemo “holiday,” which allowed me to get my COVID-19 vaccines. Later, I restarted the multiple myeloma maintenance treatment with Pomalyst, which I will continue to take as long as it continues to work for me.

Earlier in my cancer journey, my attitude was—“why me?” Over time, I’ve learned to accept everything that comes with this disease, including relapses, change in medications, and the possibility of dying. This acceptance changed my entire outlook. Now my approach is—“why not me?” I’m not different from other people, just unlucky.

It’s not a matter of if, but when, my cancer will come back. That will happen, but I don’t think about it. When the cancer relapses, I’ll just figure out what to do then. I can afford my medication, which is not true for all patients who have cancer.

Don’t get me wrong, I have thought about what happens when there will not be any new drugs for me, but I’m not preoccupied with this thought. I can’t spend my time thinking about something I’m not able to control.

Recently, I was in the car with my daughter and a bee was flying around my face. I didn’t try to swat it, because if I did that, it’d bother me. My daughter asked me why I didn’t swat it. I explained that my patience allowed me to not bother the bee and therefore the bee would not sting me or bother me. I am a patient patient! I don’t worry about things that I can’t control, including cancer. Such patience has brought me peace.

My life is busy and fulfilling. I’ve got a good crew I work out with, and I regularly go to brunch with my friends. This past year, I spent a week in Las Vegas with a buddy, then we drove to Los Angeles for the Super Bowl. I’m living my life, while living with multiple myeloma.

At the beginning of my cancer journey, I did whatever it took to survive. At that time, newly diagnosed patients with multiple myeloma were only expected to live 3 to 5 years after diagnosis. This has changed with the development of new and improved drugs.

I overcame those odds, and now I want to be a voice—an advocate—for all patients, to make sure that they get the latest information about all the treatments available today so they, too, can live a long life with this disease.

I run a local support group in North Carolina, and I mentor people in person, as well as on social media, which I enjoy doing. I’m a trusted voice in the community, a person whom patients turn to if they’re feeling down about their journey.

When they see my tenacity, humor, and strength, they know that I’ve been through a lot. That helps to keep other people going when they are in the middle of their fight with cancer. 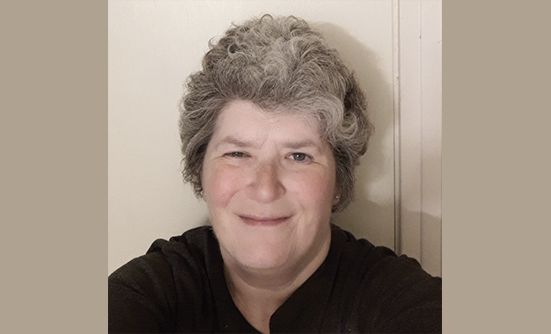 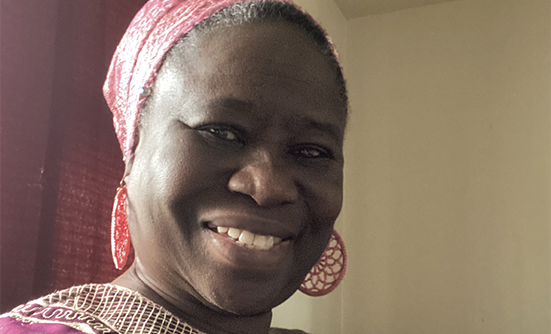 Patient StoriesBreast CancerFamily Members
I Found a Lump on My Left Breast Yesterday
By Olabisi T. Gwamna, PhD
Dr. Gwamna lost her younger sister to breast cancer, and a friend to ovarian cancer that spread to her stomach, so when she discovered a lump on her breast she was frozen in fear.
Last modified: June 21, 2022