The Burden of Financial Toxicity for LGBTQ People with Cancer 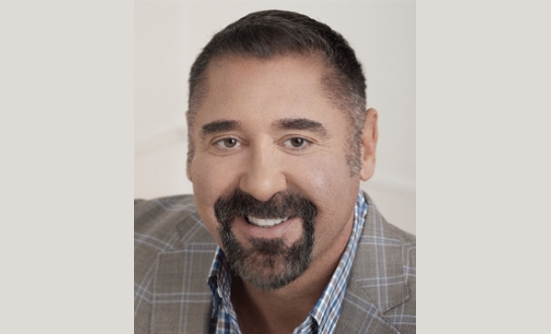 Mr. Terrell discusses the unique barriers to care faced by the LGBTQ community, from fear of discrimination to health insurance problems and negative experiences with healthcare providers.
December 2022 Vol 8 No 6 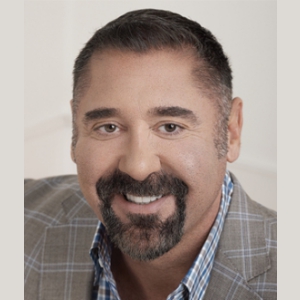 Chuck remembers the “no-brainer” moment that turned the tables on his healthcare. “It was a difficult time,” he said 25 years after his cancer diagnosis. “I had to go on disability, I think it was 70% of my income, and I was the primary income for me and my partner, who was in his third year of nursing school.”

“It was a difficult time, just making bills. We were maxing out credit cards just trying to stay above water,” Chuck paused, as his voice trailed off to a time of uncertainty in the relationship.

Today, the discussion of gay men or other sexual minorities and cancer remains a taboo. However, if you are gay or bisexual, there is no better time to educate yourself on the dangers of cancer and its financial side effects.

A 2021 Gallup poll showed that approximately 23 million Americans, or 7.1% of the U.S. population, identify as lesbian, gay, bisexual, transgender, or queer (LGBTQ). That percentage was 3.5% in 2012, when Gallup began tracking LGBTQ data.

The data about cancer screening among LGBTQ people are limited, in part because the CDC, the national Surveillance, Epidemiology, and End Results (SEER) database, and the American Cancer Society don’t collect information about the sexual orientation or gender of patients with cancer.

But many gay men and other sexual minorities don’t have adequate healthcare.1 Studies show that gay men often cite 3 barriers to accessing healthcare and cancer screening1:

The Healthy People 2030 federal initiative (https://health.gov/healthypeople) outlines concerns regarding healthcare disparities affecting sexual minorities, such as that gay men are more likely to attempt suicide than other subpopulations, experience homelessness, and have high rates of tobacco, alcohol, and drug use. Older gay men may face barriers to care because of isolation and lack of support services caused by homophobia and stigma.

Chuck, however, had health insurance through his employer, including a life insurance policy. He also had a good relationship with his doctor. Flipping through a magazine, Chuck noticed an ad offering to buy life insurance policies. It was the light-bulb moment. “I was dying. My partner was calling friends, telling them it’s time to come see me.”

Chuck sold his life insurance policy to his oncologist. “He said, ‘You’ve got nothing to lose,’ and that money really, really provided for us.”

“Once we got it set up, and it wasn’t a huge policy, but it was life-changing for us. It helped us, took the pressure off, so that my partner could finish school. My biggest thing was a feeling of that financial burden lifting.”

Not having health insurance, or facing medical costs that are not covered by health insurance, can lead to large debts and bankruptcy. Financial toxicity also affects a patient’s quality of life and medical care: a patient may not take the prescribed medicines or may avoid going to the doctor to save money.

A 2013 study indicates that patients with cancer are twice as likely to file for bankruptcy than those who do not have cancer.2

Being told he had cancer wasn’t Chuck’s first heart-in-the-throat moment. He was diagnosed with HIV in his 30s. HIV wreaks havoc on the body’s immune system. And a weakened immune system increases the risk of cancer. It was a double whammy.

Chuck felt comfortable discussing his treatment options and financial health with his doctor. But many healthcare providers don’t have conversations with their patients about the costs of cancer treatment.

A recent study showed that only a quarter of patients with cancer understand their out-of-pocket costs.4 By contrast, two-thirds did not remember discussing costs before or during their cancer treatment.4 Patients with cancer often have to initiate a conversation with their doctor about the costs of their treatment.

Poor communication between doctor and patients often causes patients to overlook less-expensive, but highly effective, treatments. The result is that patients have unnecessary financial stress because of a lack of communication.

In February 1985, a New York Times article first mentioned the human papillomavirus (HPV). Scientists, including Nobel Prize winner Dr. Harald zur Hausen, linked HPV with cancers of the cervix and vulva. The article suggested that this knowledge would lead to the development of a vaccine against the virus to prevent cancer.

Danny, a 58-year-old self-proclaimed “health nut” was floored when he was diagnosed with colorectal cancer. It was not clear that HPV was the cause, but there is evidence linking HPV infection and colorectal cancer.7

Sure, Danny had a cigar and a few fingers of whiskey on occasion, but he was not a regular smoker or a heavy drinker. His diet was the epitome of healthy living. “Hell, I do more yoga and trail biking than anyone in my circle,” he boasted. “It took a long time to accept that my immune system wasn’t as strong as I believed.”

Overwhelmed by Cost of Treatment

The next blow for Danny was the cost of treatment. Even with insurance from a “well-known company that covered most of my care,” Danny said that the bills mounted. So he talked with friends and family, who arranged fundraisers. Finally, he consulted with a financial advisor; bankruptcy was an option.

“I was overwhelmed,” Danny said. “I was not prepared for the cost after treatment. My part of the insurance [copays, co-insurance], that wiped out my savings. We were able to raise some money, but there was still a lot that had to be paid. I was not prepared to lose everything.”

During his conversation with the financial advisor, Danny listed his assets, including a life insurance policy. The advisor asked if he had considered selling the policy. “I did not know that was an option,” Danny said. “Life insurance is for after you pass away.”

He added, “For me, cashing in my policy was the answer that fundraising, credit cards, and a second mortgage did not make sense. I was able to pay the doctor bills, and I was able to pay off other debt and focus on my health.”

Even if your health insurance covers the treatment, there are still typical out-of-pocket costs, including pre-deductible expenses, co-insurance, and copays. Other expenses include travel to treatment, lodging, food, in-home care, and rehabilitation.

A settlement allows you to sell the insurance policy and use that money for any financial needs. The buyer will assume future payments of the policy premiums and in exchange will own the policy and receive its benefit.

The cash payment is less than the actual death benefit, but it is more than the surrender value, and the original policyholder no longer has the expense of paying premiums. This option provides immediate cash to pay for your financial needs.

“We educate consumers about the option of selling the policy today—eliminating the need to continue paying premiums and provide the money to make life better,” said Wm. Scott Page, CEO of LifeGuide Partners. “It’s about having options. People have been converting or selling their existing life insurance policies for years.”

“LifeGuide does not profit when you die,” Scott said. “However, we hope that our clients will use the funds to fight for life, and if there is anything we can do to help, we will.” In the early 1990s, Scott’s partner died of AIDS, so he understands financial toxicity.

Statistics show that LGBTQ caregivers often have chronic illnesses themselves, making them more vulnerable to the stress of caregiving.9 These caregivers are also more likely to be of lower socioeconomic status, young, racially and ethnically diverse, and less likely to be married than other people.

LGBTQ caregivers are also less likely to use available resources to manage their stress, and are more likely to have poor physical and mental health than heterosexual people.9

“I had stage IV colorectal cancer and was suffering from the stress of finances, the stress of a life-threatening disease,” said Mary, who was diagnosed in 2019. “I was consumed with dread and worry.”

“I worried we would be destitute,” she added. “My attorney asked about life insurance as a way to pay for my treatment. I’d taken out a life insurance policy as part of our estate planning. I wasn’t even thinking about the policy, and when he mentioned it, I was just floored—‘my God, that’s right!’”

“We jumped right in and made it happen,” Mary said. “I decided to sell my policy, and it took an enormous amount of stress off me.”

Although many patients with cancer want to discuss the cost of cancer treatments with their doctors, less than half of oncologists and few patients actually have such discussions.4

“Quite frankly, I should not be here, but I am.”

1. Getting an appraisal of your case, including your medical situation and your life insurance policy to determine how much money you may be eligible to receive. Remember, after you sell your policy, you no longer pay the premiums; the new policy owner pays all future premiums.

2. Receiving a formal purchase agreement from a licensed and regulated buyer who will answer any questions you may have. The amount offered is contingent on the buyer’s perceived value of your policy, and your life expectancy.

3. Accepting or rejecting the offer based on your circumstances. When you sell your policy, you receive a lump sum of money from the new owner of the policy. If you reject the offer, you still own your policy and continue to pay the premiums.

Make the lifestyle changes that can truly make a difference in your daily life. Be an example of making healthy choices for the next generation of the LGBTQ community. Pride is not a choice, but being a healthy member of the community is. Love yourself first, and take advantage of any financial assets at your disposal. 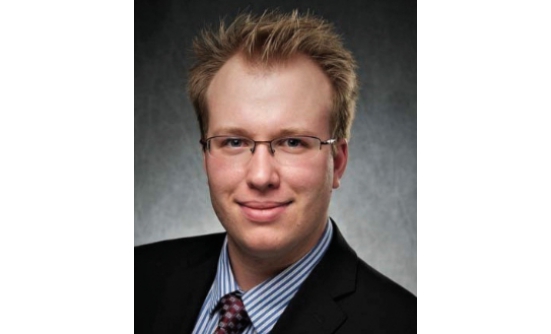 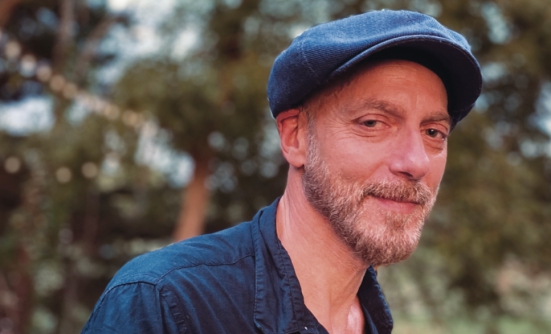 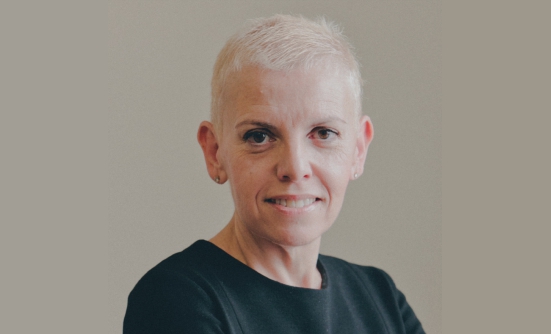 Sexuality & CancerMen's HealthSide-Effects Management
The Impact of Cancer on Male Sexuality: A Conversation with Anne Katz, PhD, RN, FAAN
Sexuality counselor Anne Katz offers her expertise and advice for male patients with cancer who have sexual issues and relationship challenges as a result of their diagnosis.
Last modified: January 6, 2023