Reaching for the Stars Along with a Brain Cancer Diagnosis 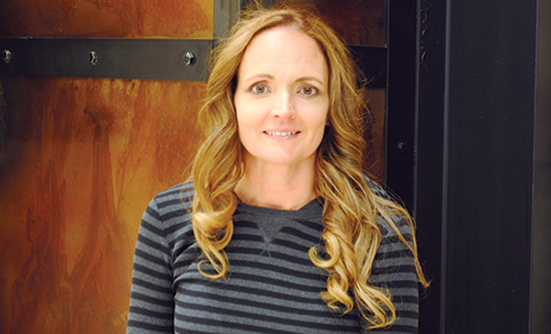 "What I remember clearly is that I was supposed to have only 14 to 18 months to live. That was about 6 years ago," says Melanie Kabo.
February 2018 Vol 4 No 1
Melanie Kabo
Carlsbad, California

I thought I was going to have breast cancer. My mom and her sister had it, and I was prepared for it. When they did the biopsy of the mass in my brain, one doctor told me that based on my family history, it was breast cancer that had metastasized (spread) to my brain. Other doctors said I had a glioblastoma (a type of brain cancer). What I remember clearly is that I was supposed to have only 14 to 18 months to live. That was about 6 years ago. 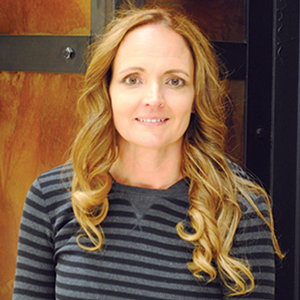 Before my diagnosis, I was young and healthy. I was an active stay-at-home mom of 4—2 in elementary school, 1 in high school, and my baby was 2. I went on a field trip with one of them, and my left leg kept falling asleep, then the entire leg started twitching. I figured it was a pinched nerve, but the chiropractor thought it was more serious.

I didn’t have a primary care doctor, so I went to urgent care. They said it was muscle spasms and gave me muscle relaxants. Later that night, I had a grand mal seizure. I was rushed to the hospital, and when I woke up, they told me I had an egg-sized mass in my brain.

Everyone rallied around me. My entire neighborhood and all our friends made meals for our family during the time I was getting chemo. I went on a vegetarian diet, and so did my whole family. My mom came during the chemo (“on”) days and made sure the kids got to school.

My husband has been great. We’ve been in therapy because of the strain, but he’s been my biggest supporter and caretaker. Once, I made some offhand comment to him about wanting to retire and travel across the country in a motor home. He said, “Why can’t we do that now, with the kids?” So we bought a cheap, used motor home. The summer after the third surgery, we traveled across the United States and visited 30 states—more than 10,000 miles. Everyone in my family put things on a bucket list for us to do together.

The Toll on Family and Friends

My diagnosis of astrocytoma, a type of brain cancer, has been hard on everyone. My oldest daughter was there when the doctor gave me that initial prognosis of 18 months. She was petrified, and our relationship suffered.

The mother-daughter relationship is tough to begin with, but she felt that if she butted heads with me, and then I died, those words could never be retracted. I felt that I couldn’t parent her the way I wanted, for fear she’d see me as a bad mom. So our communication deteriorated, but it’s improved now.

The same thing happened with my best friend, whose dad had died of cancer. She didn’t talk to me for the first 2 years after I was diagnosed, because the situation reminded her too much of her dad’s. She was afraid of losing me too. We’ve now become friends again, but we don’t talk much about cancer, which is hard for me.

The Best Friend You Never Want to Make

Through cancer, I’ve made many more friends—the best group of friends you never want to meet. We all get each other: having the thought of death, and dealing with cancer treatment and side effects.

Other people don’t understand that. It’s the main reason I go back to CancerCon, and I am involved in Relay for Life and the Cancer Action Network. I’ve made so many wonderful friendships through these organizations.

A few months ago, the doctors saw that one of the tentacles from the tumor was growing. Eventually, the kind of cancer I have (astrocytoma) will turn into a terminal form of brain cancer called glioblastoma.

My surgeon was worried about doing surgery, because the tumor is too close to the frontal lobe, and surgery would cause me to lose movement on the left side of my body as a result. I had been running half and full marathons since I finished chemo, and neither he nor I want me to stop doing those.

So 7 second opinions later, I ended up doing an awake craniotomy; the surgery went well, but the pathology from that surgery showed that the cancer progressed from grade II to grade III anaplastic astrocytoma. Because the cancer has mutated and progressed, I also had to have a combination of chemo and radiation.

I’ve been going to the San Diego Tumor Foundation support group, and many people there had scared me off radiation. It’s the standard of care, but radiation is associated with many side effects, including secondary cancers, additional tumors, and scar tissue. The scar tissue is a gift that keeps on giving: it can multiply and look like a tumor in imaging scans, and causes a lot of stress. But when a surgeon removes that mass, it’s mostly scar tissue.

Reach for the Stars

When I started treatment, I had a 34% chance to make it to 5 years. And here I am, almost 6 years later. I told my oncologist I want to see all my kids graduate high school, and he thinks I might. But after this last surgery, I didn’t ask for a prognosis. I know it’s shorter than before, and I just want to enjoy life with my family.

I know what astrocytoma ultimately leads to, but I went to the Optimum Health Institute in San Diego, and they helped me to think I should reach for the stars. So I said, “Okay. I’m going to dance with my grandkids at their wedding.” And until then, I’m working hard on my “bucket list.”

Helping others is on the list. I donate. I speak for Relay for Life. And I’ve jumped out of a plane, but I’ve never backpacked through Europe, and I’d like to take my kids there. I’d love to take a motor home through Canada and Alaska. Planning for the future is a lot better than talking about having a terminal disease. It’s a lot more fun to keep checking things off our bucket lists, together. 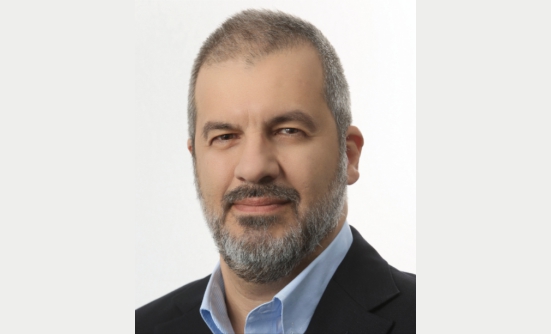