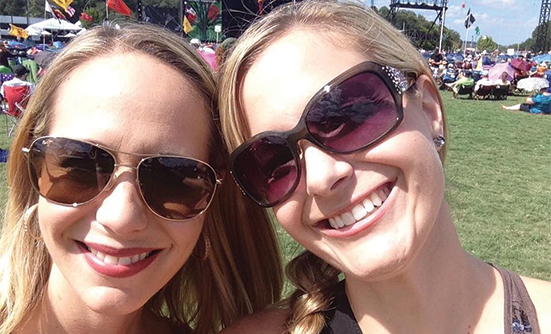 Diagnosed with melanoma a few weeks after her wedding, Meredith died of the disease 4 months later, at age 35. Her family created Meredith’s Mission for Melanoma, a non-profit organization, to support melanoma research and increase awareness of this deadly cancer.
June 2018 Vol 4 No 3
Stephanie Whitten
Leander, Texas 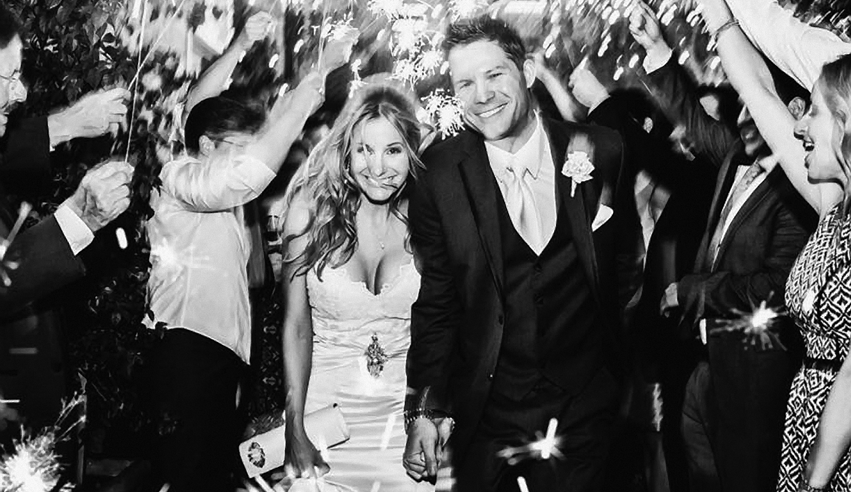 On May 30, 2015, Meredith married the love of her life, Christopher Kluck.

It was 13 years after my sister Meredith Morton Kluck beat melanoma for the first time before it recurred, but once it did, time moved quickly. She found a lump under her left arm on June 9, 2015, was diagnosed on June 29, and was told she had stage IV terminal cancer by the end of July. On October 6, 2015, just 4 months after her diagnosis, and less than 1 week after her 35th birthday, Meredith passed away.

After her death, time slowed to a crawl for all of her loved ones. The days and weeks slipped away as we attempted to adjust to a new way of life. You have something in your mind for how things are going to be in the future, and it’s quite difficult when you have to break with that dream.

Meredith had dreams too. From an early age, she knew that she wanted to work with kids. Meredith went to school at Texas Tech to study speech pathology, and after graduating with her master’s degree, she worked as a child speech pathologist in Hoboken, NJ, and in Dallas, TX, before settling back in her hometown in Austin, TX. Working with children meant the world to Meredith.

Not long after that, another of her dreams came true. On May 30, 2015, Meredith married the love of her life, Christopher Kluck. Sadly, less than a month later, they were dealing with a cancer diagnosis. When he got married, Christopher was ready for his future to start, and after 4 months, that was all gone.

Although this was Christopher’s first experience with a melanoma diagnosis, it wasn’t Meredith’s. At age 22 she found a mole on her back. It wasn’t very big, but our mom made her go get it checked. Growing up in Austin, and having a place on the lake, Meredith and I were no stranger to long days spent in the sun. We wore sunscreen, and sometimes tanning oils, but it was a different time, and the dangers of sun exposure were not really at the forefront of people’s minds.

The first doctor Meredith saw wasn’t worried about the mole, but at the insistence of our mom, Meredith got a second opinion from our family dermatologist. She had the mole removed, and the biopsy came back positive for melanoma stage IB, meaning that the cancer had not spread to any lymph nodes.

Given how early the cancer was caught, Meredith’s doctor was confident that if she wore sunscreen and got her skin checked regularly, she would be fine.

So, when Meredith found that lump under her arm just a few days after her wedding, her thoughts didn’t immediately jump to cancer. She assumed her body was run down from all the stress leading up to the wedding, and that she was sick.

When a course of antibiotics did nothing to help her feel better, I suggested getting a mammogram, just to make sure it wasn’t anything more serious. The results, however, showed that it was. They found a lump, and after a biopsy, determined it was melanoma.

Our family assumed that this bout with melanoma would be resolved as quickly as the last one, until we learned that Meredith’s cancer was already stage III, meaning it had spread to her lymph nodes.

Meredith and her doctors began looking for clinical trials for stage III melanoma that she could enroll in. They found one that was a good match for her, but she delayed starting by a few weeks, so she could undergo fertility preservation in the hopes of being able to get pregnant in the future.

When she was ready to start treatment in the clinical trial, the initial scans and testing showed that her cancer had progressed to stage IV, and had spread to her liver. In addition, they found she had a gastrointestinal stromal tumor, which is cancer of the digestive tract.

Meredith’s cancer was very aggressive. Her doctor said it was like lighting a match in a dry forest or a dry field, and so it spread through her body like wildfire.

Because these clinical trials were no longer an option, Meredith started an approved treatment for stage IV cancer in September. Around that time, she started having extremely bad, persistent back pain, and was admitted to the hospital for pain management. The cancer had spread to her bones, and there was nothing else the doctors could do for her. A few days later, Meredith was gone.

I remember an afternoon I spent with Meredith the day after we found out her cancer was stage IV. We talked about trying to find melanoma-specific organizations in Austin that we could donate to and attend fundraisers for. I had looked and looked, but there was nothing.

At lunch that day, Meredith and I discussed the importance of raising awareness of melanoma. She really loved kids and wanted to go into schools and educate kids and parents about the importance of sunscreen and taking care of our skin. 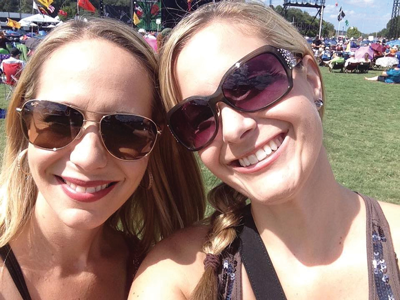 A few months after her death, our family, led by Christopher and me, created Meredith’s Mission for Melanoma, a nonprofit organization to support melanoma research and awareness. We decided to call it Meredith’s Mission, to honor Meredith and what she wanted to do—help our community and anybody who has melanoma, and raise knowledge about prevention methods.

It has only been about 2 years since we started the foundation, but we’ve already been successful in raising awareness thanks to the many people who have heard Meredith’s story. I can’t tell you how many people say, “Oh my gosh, I went to have my skin checked, and I had a mole removed,” or “I had basal cell or some sort of little skin cancer, and had I not heard Meredith’s story, I never would have had that checked.” Those are the kinds of stories we love to hear, because that’s our whole reason for doing this.

In the future, I hope to bring Meredith’s story into schools and to PTA meetings to encourage skin cancer prevention. I think it would be a great idea to have sunscreen dispensers in schools and in public bathrooms, the way a hand sanitizer is provided. It’s such a small thing, but having sunscreen available to everybody is such an important prevention method.

In addition to awareness, Meredith’s Mission also raises money for the M.D. Anderson Cancer Center in Houston, as well as the University of Texas Dell Medical School in Austin, in support of their research in melanoma medical oncology. We currently hold 2 fundraisers—a gala around May, because it is Skin Cancer Awareness month, and a tailgating event in the fall at the University of Texas.

In Meredith’s Mission’s first year, we were able to donate around $25,000 to cancer research; in our second year, we donated around $40,000. I am confident that the number will continue to grow.

Not a day goes by when our family doesn’t feel the hole left by Meredith’s passing, but creating Meredith’s Mission and working toward her goal of raising awareness and prevention helps to keep her spirit alive and with us. 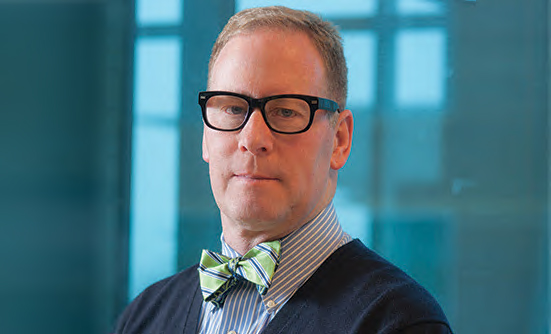 Family Members
Family Meeting
By Paul Kidwell
Paul Kidwell shares his devastating experience at a family gathering for his 31-year-old nephew, who was diagnosed with stage IV colorectal cancer at age 25 and had only weeks to live. 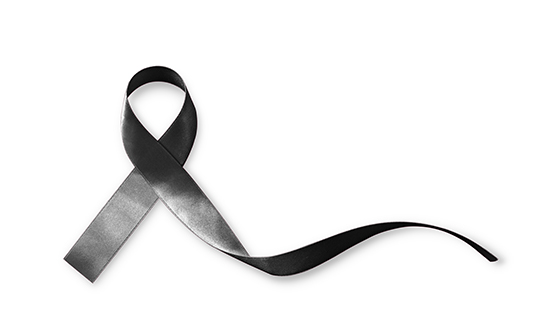 Melanoma
Know Your Melanoma
By Nasreen A. Vohra, MD, FACS, Judy B. Koutlas, RN, MS, OCN, Catherine M. Poole
Melanoma is a type of skin cancer that begins in skin cells called melanocytes. Melanocytes give our skin its color. Although new treatments have brought hope to many patients, some people may not know what these new treatments are, how they work, or what side effects they may experience from these treatments. 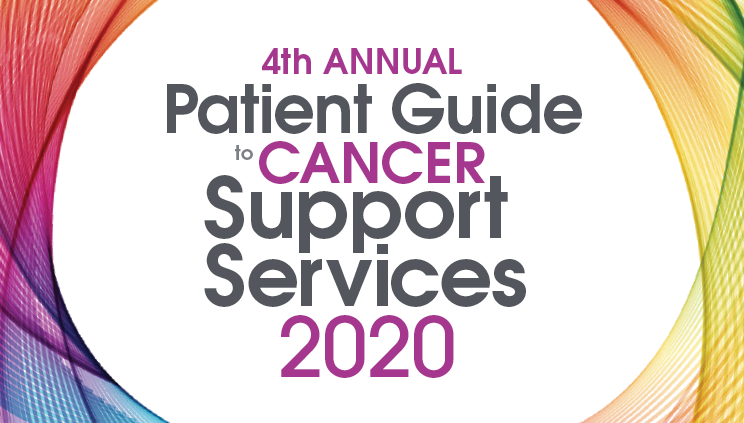 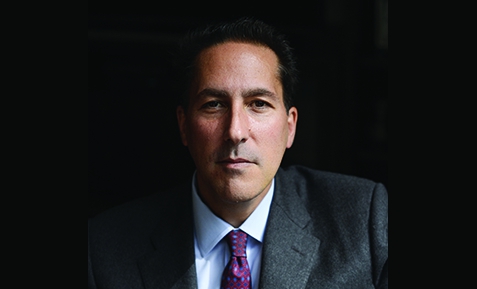 Family Members
The Aftermath
By Miguel Barron
Writing about his struggle as a husband, father, and caregiver during his wife’s agonizing battle with metastatic cancer helped Miguel Barron begin to heal, finally, only after he accepted how his life had changed forever.
Last modified: August 6, 2018