Rekindling My Relationship with Marijuana 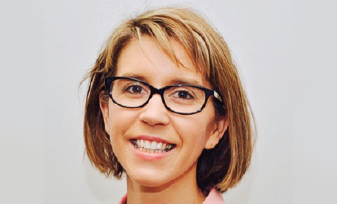 In her younger years, Stacie Chevier smoked marijuana for recreational use. After being diagnosed with a rare cancer, she now views it as a drug that helps her cope with the disease.
December 2018 Vol 4 No 5 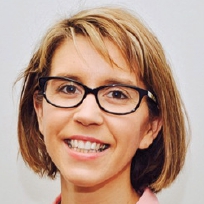 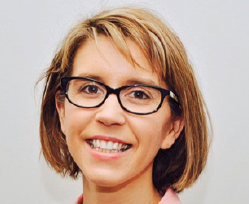 In September 2014, I was diagnosed with a rare metastatic pancreatic neuroendocrine tumor, or pNET. When you drill down the specific details of the tumor inside my body, it was even more rare. As I sat in my hospital bed, an intern handed me a study titled “A Needle in the Haystack”—an incidence rate of 1 in 10 million (people get this cancer) is what it said.

The following summer, I found myself in another rare group of people—those who receive chemotherapy (which is often associated with nausea and vomiting) and don’t respond to anti-nausea drugs. My doctor was not sure if the nausea was a side effect of the chemotherapy or was from the neuroendocrine tumor, which is known to wreak havoc on the digestive system. For 3 months, I vomited the entire morning. There were also days when I was sick in the afternoon. And there were also 3 days when I threw up every 20 minutes, for 24 hours. My doctor prescribed me the standard anti-nausea drugs, which gave me no relief.

The infusion pharmacist even tried to have the anti-nausea drug compounded into creams, because as soon as I took the pills, I vomited them anyway. My doctor then realized that the best solution was to go to the hospital to get an infusion of intravenous (IV) anti-nausea drugs, which turned me from a “zombie” to an almost normal person within 2 minutes.

This whole process often took hours: Wake up, vomit for a couple of hours, attempt to take a shower and get dressed, have someone drive me to the hospital, while I was sick the whole way, arrive at the hospital, wait, get blood work, wait, see the doctor, wait, get to a room, get fluids and medications. My husband carried a backpack with “sick bags,” peppermint gum, a cold wash- cloth, and a roll of toilet paper for me to wipe my mouth.

Those days still give me post-traumatic stress disorder and can summon paralyzing fear of going to that dark place again. It was suffering at the core of suffering, and I’d be lying if I didn’t admit to wanting to die several days. It was no way to live. I was scared to wake up and scared not to.

With time and chemotherapy, I got better, although I would need constant regular medical attention to monitor the disease. Last year, I had the opportunity to access an experimental therapy that had shown significant response in Europe, but had yet to make its way through the FDA’s long approval process. I had to travel to receive the treatment, and so I did.

However, when the therapy was being infused, nausea reappeared. The small clinic only had the standard anti-nausea pills, which I declined to take, because I knew they didn’t work. When I arrived home from my first of 4 experimental treatments, the nausea lingered. One night I spent the whole night vomiting, and then I remembered that a friend had given me some marijuana a while back.

In desperation, I found myself on the back deck of my house at 3 in the morning, smoking stale marijuana. Within 5 minutes of taking 2 hits, I immediately felt better. In addition to the nausea having gone, I actually felt good. Sure, I was probably a little “high,” but I figured I deserved to feel good after the last few hours of feeling like death.

The following 3 courses of experimental therapy, I came prepared with some edibles, which I ate an hour before the infusion began, and I never got the slightest nausea. When I arrived home and woke up nauseous the week after treatment, I knew I had a solution that didn’t require a 5-hour process, but rather 5 minutes.

My history with marijuana mirrors that of other people. I used it socially in my younger days, but as I got older and more responsible, I looked down at pot smokers. Under my breath, I would call them “slackers,” “lazy,” and “losers.” Let me eat my words and publicly retract these comments now.

Having rekindled my relationship with marijuana, I have shared my experience with others, and have discovered that many highly functioning people I know have used or are currently using it, either medically or recreationally. Neither of these forms would I classify as bad behavior, as has been suggested by many lawmakers.

A Different Type of Drug

I now subscribe to the mindset that marijuana is a drug, but one that works for me, when the legal pharmaceuticals do not.

I don’t consider myself lazy, a loser, or a bad person. I am simply a person who wants to reduce suffering, so I can live a productive, happy life.

The best thing that marijuana has done for me is take away the fear. It has reduced my anxiety surrounding the future, and has given me the security that if I became sick again, I would have a way to reduce my suffering. Basically, marijuana has given me peace of mind.

Patient StoriesBreast Cancer
My Race to Be Cancer-Free
By Sara Gilles
Sara Gilles, an athlete and physical therapist who completed several Ironman triathlons, was shocked by her breast cancer diagnosis in her early 50s. Her husband had to tell others about her diagnosis, because she was too traumatized to say “I have breast cancer.”
Last modified: December 21, 2022