You Are Perfectly Healthy, It’s Just the “Good Cancer” 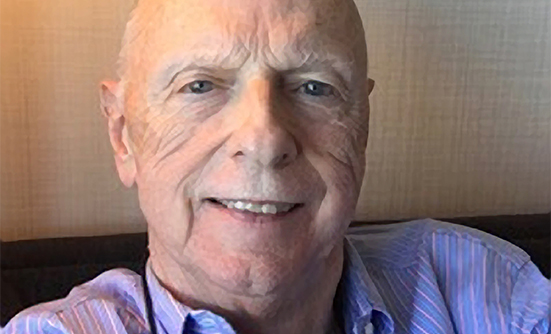 Dennis Golden was an active, fit, 70-year-old when he learned he had prostate cancer. He was surprised to discover that few men know the warning signs and how potentially serious it can be. In response, he formed the National Prostate Cancer Awareness Foundation to educate men about this disease.
June 2019 Vol 5 No 3 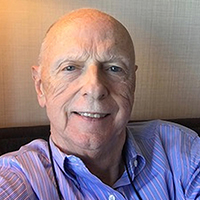 On the face of it, I was a healthy and physically active 70-year-old, 168-pound male. A 25-mile daily bike ride and a wholesome diet resulted in a 32-inch waistline and body fat readings of 14%. Except for the occasional cold, all indications pointed to a guy who was healthy and in great shape.

Like many males, I saw no need to ask questions before, during, or after my annual physical exam and reasoned there was no need to discuss the minor inconveniences men experience with progressing age. Surely I would know if something was wrong.

In 2012, the results of my prostate-specific antigen (PSA) blood test were slightly elevated. I was surprised when my doctor suggested that I might want to consider visiting with a urologist. Although not looking forward to undergoing embarrassing exams, I made an appointment reluctantly, after a conversation with my wife. More about that later.

First Visit to a Urologist

I steeled myself before the visit, viewing this new adventure as a “rite of passage ritual” for men of a certain age. My acquaintance joked that going to your first urologic visit was like celebrating your “Butt Mitzvah.” His humor did little to ease my growing apprehensions.

Although I had digital exams in the past, this event was more intense. Much to my surprise, the examination revealed the presence of an abnormality, and a suggestion that I schedule a prostate biopsy. Internet research on what to expect from the impending biopsy procedure only increased the pangs of my anxiety.

The 12-core prostate biopsy revealed stage II prostate cancer, and a Gleason score of 9. I soon learned that the Gleason score is based on a visual assessment by a pathologist who assigns a set of numbers and value based on the observation of the cell structures.

A score of 6 or less means low-grade and non-aggressive prostate cancer. After a second opinion, and based on my Gleason score, it was recommended that I undergo an MRI to determine if the cancer had spread to other parts of my body.

At this point, my entire world was an emotional mess and upside down. Within 30 days of my “you are in great shape” physical exam, I found myself facing a diagnosis of aggressive prostate cancer. All the testing only offered vague generalities about my future. I asked myself, “Am I going to die?”

My wife and I met with the urologist. He described the Gleason score system (which indicates how aggressive a prostate cancer is), the number of biopsy cores, the stage of the cancer, and where it was positioned in the prostate. He described various treatment options, including surgery and external beam radiation. I learned that because the cancer was aggressive, brachytherapy—or the placement of radioactive seeds in the prostate—was ruled out.

I was grateful my spouse was with me. Information was coming fast. Much of it was a blur. I was only comprehending half of what was being said. Expecting he would suggest a preferred treatment protocol, I was taken aback when he asked, “What treatment do you wish to receive?”

I learned that with a cancer diagnosis, the treatment choice is up to you. So here we are, the most uninformed decision makers in the room, trying to make sense of life and death alternatives that will affect the rest of our lives. After days of discussion and prayer, we decided on surgery, realizing that if the cancer returns, radiation treatment at that point might offer another chance at a “cure.”

On April 15, 2013, my prostate was removed during a 5-hour robotic surgery. In the recovery room, the surgeon noted that the procedure was successful. No cancer was detected in the margins. No cancer was seen in the surrounding lymph nodes. Within 8 weeks, I was back to riding a bike 20 miles several days a week. A follow-up PSA test showed no signs of cancer.

Although the early discovery of prostate cancer played a role in my treatment, I was outraged to learn that less than half (47%) of men worldwide, according to Prostate Cancer UK (https://prostatecanceruk.org), are aware of how to protect themselves from this potentially deadly disease. Few know what questions to ask, and fewer still know that in the United States, according to the American Cancer Society, prostate cancer is second only to lung cancer as the leading cause of cancer-related death in men (www.cancer.org/cancer/prostate-cancer/about/key-statistics.html). Many believe it is the “good cancer” men live with, and they die from something else.

According to the National Institutes of Health, the majority (85%) of women know the warning signs for breast cancer, visit doctors more often, and discuss health concerns openly. In sharp contrast, men die earlier, rou­tinely ignore doctors, and remain silent when issues occur below the beltline.

According to government data, currently more than 3 million American men have been diagnosed with this disease, some as young as age 30. The Journal of the American Medical Association recently published information suggesting that the true number of men currently living with undiagnosed prostate cancer easily exceeds 43 million.

In 2014, I formed the National Prostate Cancer Awareness Foundation (www.PCaAware.org), and began speaking to audiences across the country. The foundation’s sole mission is to educate men and their partners on the need for men to be aware of, speak up, and be actively engaged in their personal health.

Two years after establishing the foundation, a post-surgery PSA test detected a slight increase in my PSA level. My prostate cancer was returning. During the next 3 years, the numbers slowly progressed.

At one point, my physicians suggested that before my number reached 0.2, a combination of hormone therapy plus IMRT (intensity-modulated radiation therapy)—an advanced form of external beam radiation—could slow the disease progress, or perhaps “cure” it. No guarantees were offered.

The return of my prostate cancer and the thought of someone “microwaving” my insides was more troubling than what I experienced with the original diagnosis. As if that was not enough, it was difficult to locate men who would be willing to speak about their experiences. Once again, I was facing a cancer treatment protocol surrounded by feelings of doubt and insecurity.

In January 2018, my PSA reached 0.13. It was time to start the protocol of 40 radiation treatments, 5 sessions a week for 8 weeks. Just before my first radiation treatment, the idea of The Prostate Cancer Coach (www.theprostatecancercoach.com) struck me. Why not video the details of this 40-day journey so that others may learn how this disease could affect them?

Today, I and my fellow prostate cancer coaches offer guidance and clarification to men and their partners, who are often at a loss when faced with the challenging and emotional decisions that surround the prevention, detection, and treatment of prostate diseases.

We encourage all men and their partners to be proactive about men’s health and understand how ignoring subtle warning signs associated with prostate issues can forever affect your life and the lives of those you love.

We also engage women in this battle, because given men’s resistance to visiting physicians, it is often the women in their lives who are best positioned to encourage men to take charge of their personal health. 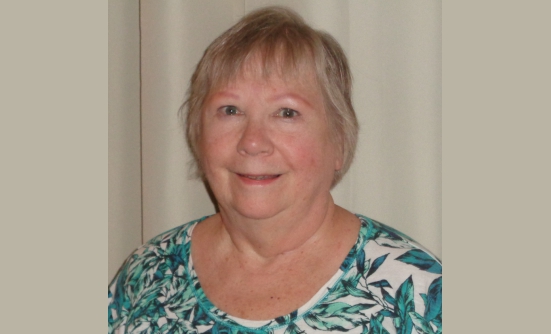 Patient Stories
Dear Doctor
By Karen Ann Rowe
I remember the day we met. My husband and I sat in the small windowless conference room, scanning the posters about breast cancer treatment plastered all over the walls. After 30 years of mammograms, this was my first callback. I was told that everyone was given the results in person, good or bad.