You Don’t Have to Apologize for Your Feelings: It’s Okay to Have a Meltdown 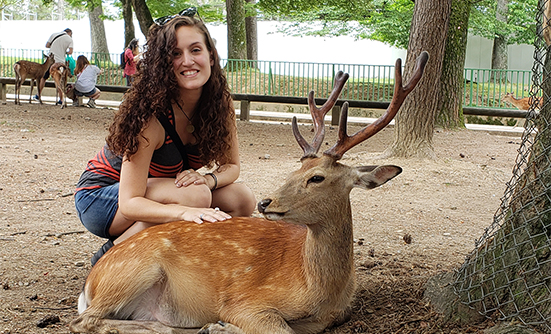 Rebecca Blomgren felt betrayed and angry when the “bump” she had told her dentists about for years was dismissed as nothing but was finally diagnosed as advanced oral cancer. This experience has taught her to accept her fears and anxieties without apology.
August 2019 Vol 5 No 4 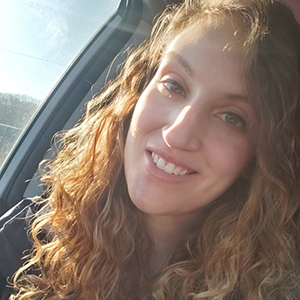 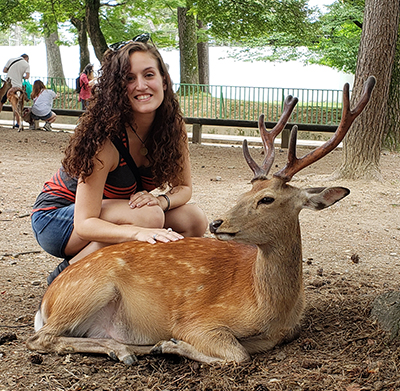 I was in high school when I felt the bump for the first time. I was sitting in class when my tongue brushed up against it, right behind my teeth on the bottom of my mouth. I thought, has my mouth always been this way, or am I crazy?

When I got my wisdom teeth out a few weeks later, I pointed out the bump to my oral surgeon. He wasn’t concerned and brushed it off as something that would clear up by itself, so I just ignored it, and I kept ignoring it for years.

I would go to different dentists and bring it up, and nobody seemed concerned, so I just tried to forget about it.

When I was in college, I finally got tired of it. I started to notice it more when, for example, I was biting into an apple, it started to hurt. I went to an oral surgeon, who, after a round of antibiotics to rule out an infection, decided to do surgery. But even after cutting into my salivary glands, he couldn’t find anything wrong.

The surgeon told me it was probably nothing, so as I had been doing for years at that point, I said okay and tried to accept it.

In May 2018, after graduating college and starting my first job in Manhattan, I sought out a new dentist. He was the first person in my life who was not satisfied with not knowing what the bump was. He said that people are not supposed to have that, and that you should never look at a lump on someone’s body and say, “That’s fine. That’s no big deal.” He said there’s a reason why it’s there, and we needed to get to the bottom of it.

He sent me to an oral surgeon, who wanted to biopsy it immediately. When I woke up after the procedure, it was what I’d always wanted—the lump was completely gone, and I felt great. I had a normal mouth, and I could continue with my life. Or so I thought. A week later, I went in for my results and was told I had mucoepidermoid carcinoma, a type of salivary gland cancer. 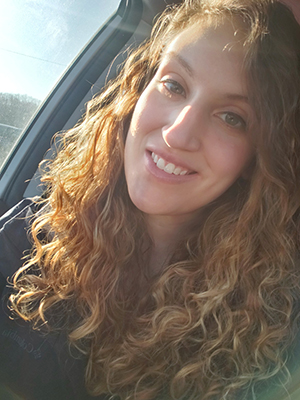 From Disbelief to Anger

I remember sitting in my doctor’s offices in this fog. When I had gone in for the biopsy, cancer was always this vague fear. When you have a weird lump, you think, what if it’s cancer? But I thought this was not possible. I was 23, I never smoked, and oral cancer did not run in my family. There was just no warning. I’d had this for so long, how could it possibly be cancer?

I was sitting there, messaging my friends at the time, because they knew I was going to get my results, and saying “Guys, it’s cancer.” And it was just this surreal feeling.

Initially, I was angry. I had had several dentists look at this tumor for the past few years, and they all said it was nothing. I trusted them, and they told me it was fine, and I just couldn’t wrap my mind around it for a while.

In retrospect, the timing might have worked out in my favor. During the first surgery on the lump, I was just about to graduate college and was hired for my dream job. Being diagnosed with and fighting cancer at the time might have caused me to lose some of those opportunities. Having been diagnosed a few years later allowed me to take the time I needed to focus on my health.

I was able to delay surgery for a few weeks, because I had a trip planned to visit a friend who was living in Japan at the time. The trip was a nice way to push off reality for a short time. When I got there, I told my friend about it, and we decided not to focus on it for the rest of our time together. It was a blissful period, when I got to pretend as if nothing was wrong with me.

But as soon as I got home, reality set in. In July 2018, I had surgery. The cancer ended up being more advanced than the doctors had originally thought. It had cut into bones, so they had to remove some of my jawbone and 4 teeth. They discovered that parts of the cancer had reached my nerves, which was a concern, because although my margins were clear, another cancer cell could be further down the line. Having radiation was determined to be the best option for me, and I opted to have proton therapy, a newer type of radiation that is targeted to the cancer cells and does not affect other areas. I wouldn’t have to worry about my entire face being subjected to radiation.

No Need to Pretend

It was sometimes hard to stay positive during treatment. Every day you have to go get treatment, and even if there’s an end in sight, it seems that it will never be over. I remember receiving treatment number 9 and thinking that I couldn’t do it anymore, wondering how I was ever going to make it to treatment 30, if I wasn’t even halfway there.

It helped a lot that my family was adamant about allowing me to feel whatever I felt. Sometimes I would get angry at the situation, and I would misdirect the anger at my family. When I later apologized, my parents always told me I had nothing to apologize for. They let me know that if I needed to cry or yell, or just sit on the couch all day and not say a word, that was fine, and they were not going to hold it against me.

So as time went on, if I felt happy and well and wanted to go out for a walk, that’s what I did; if I felt sad and just wanted to lie in bed all day and self-pity, then I took that afternoon to just lie in bed. I let myself feel the way I felt.

In the beginning of radiation, I really wanted life to go on as normal. I was still going to work, and still trying to hang out with friends, and I wanted to be around people and kind of just put this in the back of my mind, but as radiation went on, it took a toll on me. I was exhausted all the time, and my mouth hurt because of some of the radiation side effects, so it hurt to talk.

After 30 treatments, I finished proton therapy at ProCure Proton Therapy Center in New Jersey in October 2018.

Being Strong for Myself

Despite being in remission, I am still coming to terms with recognizing and adapting to my feelings. Now, whenever I need to see a doctor, I have some anxiety that I never had before. Immediately after radiation was over, I had to go to a prosthetic dentist to have part of my teeth and gums replaced, and that’s when I started to notice my anxiety. I would sit in the office chair and start sweating, and I wouldn’t be able to catch my breath.

It has gotten to the point that at age 24, my mother has to come with me to every dentist appointment and sit with me—I can’t be there alone. Sometimes I get frustrated, because there are still lingering side effects, and even though I’m much better than before, there are still signs of what I went through.

It’s still helpful to take it one day at a time. I remind myself that even though I don’t always feel it, I am strong, and I can do this and don’t have to look to someone else for help. No one else is going to be able to make this better, but I can be strong for myself.

Patient StoriesPancreatic CancerMen's Health
My Pancreatic Cancer Journey
By Michael J. Bailey, SHRM-CP
Michael Bailey, SHRM-CP, went through denial and fear when he was first diagnosed with pancreatic cancer, and finally found inspiration in Bob Marley’s words on his way to perseverance. This is his story.
Last modified: March 10, 2022