Despite No Sex, We Were Never So Married

After putting off her neck pain for months, Susan Keller found that she had lymphoma, describing how her loving husband helped her change her attitude and persist through it all.
April 2021 Vol 7 No 2 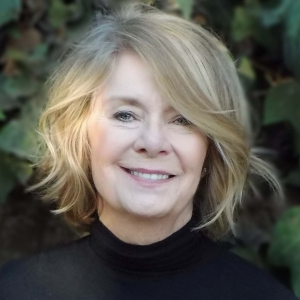 My husband, Dan, wearing the navy-blue Armani suit I bought him, walked into the kitchen. We kissed, then I poured him a glass of chardonnay and myself a sauvignon blanc. Over dinner, I asked about work. He told me a colleague was retiring.

“I don’t know,” he shook his head. “More stress, responsibility.”

How could he not want the promotion? Isn’t that what we professionals do? I’ve built my own healthcare communications business and am always reaching higher. Why isn’t he?

“We could use the money,” I said, my voice clipped. I felt that familiar disenchantment, wondering why he didn’t want to shine up his armor and go into battle for me.

Cancer Happens to Other People

The next morning, I awoke in damp, tangled sheets. Turning to dislodge my leg, a searing pain shot up my back. I moaned, breathed, then slowly sat. Dan had already left for work in San Francisco. Wincing as I stood, I made my way downstairs—holding tight to the bannister—and walked to my home office. At my computer, I typed “back pain” and my other oddball symptoms: shortness of breath, weight loss, and night sweats. In a nanosecond, Google diagnosed a kidney infection. A quick appointment, a bottle of antibiotics, and I’d be fine.

In my Internet search, I didn’t include the lump on my neck. Mid-morning, when I mentioned the persistent little knot to my internist, Dr. Anderson, he ordered emergency blood tests and x-rays. Minutes later, my chest x-ray—blazing with cancerous nodes—filled his computer screen.

The computer screen showed a heart, lungs, and stomach, as well as bright spots that resembled glistening hailstones scattered on a sidewalk after a storm.

Lymphoma? Cancer happened to other people.

Two hours later, I was an inpatient in a faded hospital gown. Vulnerable and weak, I’d been changed from the woman—who tries to be kind; who believes she has good taste; doesn’t eat meat; reads a lot; drinks a little too much; and wishes she weren’t so ambivalent about sex; and many more attributes—into a medical record number, lab values, a diagnosis, and a course of treatment.

The heavy hospital door swung inward, its metal handle striking the wall like a hammer, and Dan swept into my room. In his expensive clothes, he appeared every bit the prosperous executive.

He sat on my bed. I buried my face in his chest and we shook and cried until he said, “Honey, I’m so worried. How can lymphoma just happen?”

But it didn’t just happen. I pointed to my neck. “I should’ve paid more attention to this. I’ve had it for months. My Ob/Gyn wrote it off as a virus, and I didn’t question him.”

He leaned toward me, squinted, and said, “I see a lump.”

I received many units of blood for days, until the danger of a heart attack passed. A bone marrow biopsy showed that 98% of my marrow was cancerous. I had stage IV mantle-cell lymphoma, a rare and often fatal type of blood cancer.

Chemotherapy began. A monitor for exact dosing beeped its quiet, regular signal, measuring the drops that might return me to my beautiful, overwhelmingly ordinary life. And to my marriage that I had neglected for too long.

I Was the Poster Girl for Cancer

By Christmas Eve, 2005, I was back in the hospital, my seventh stint as an inpatient in 10 weeks. In the classic hospital gown, I was the poster girl for cancer. My face was obscured by a surgical mask to protect my paltry immune system from any microbes. I wore reading glasses, and my pink knit cap was pulled well down over my bald head.

Dan squeezed into bed with me. We held hands and watched Christmas with the Kranks, National Lampoon Christmas, and Home Alone, while units of packed blood cells and platelets dripped into me. At 2 AM, I convinced my exhausted husband to go home.

Early the next morning, feeling deeply sorry for myself and waiting to receive more platelets, I brooded and fell into a deep hole of regrets: why wasn’t I the wife Dan deserved, idealized, and hoped for?

I was sure that his perfect wife would be brimming with qualities I did not have. Perpetually relaxed, Dan’s perfect wife would not fret about money or obsess about home decor. Willing to backpack and go to Harbin Hot Springs (clothing optional), she would cheerfully cook in a communal kitchen and use a shared bathroom.

Dan’s perfect wife could live without down inserts in her pillows; she would spend more time having sex and less time dragging him around to open houses; she would wear her hair in the tousled style he loves, would cook him pork roasts, and would not harp about the benefits of a vegetarian diet.

I needed to do so much better. I hoped Dan wouldn’t leave me before I could try.

My Husband Boiled Every Drop of Water I Drank

After months of grueling chemo, a life-threatening blood poisoning, and a devastating adverse drug reaction, I was admitted to Stanford Advanced Cancer Center for a tortuous 10 days in the hospital, prepping for and receiving a bone marrow transplant from my brother. I was then released to begin 100 days of recovery, with Dan as my trusty caregiver.

I couldn’t cook, clean, do laundry, drive, exercise, or have sex. Dan had to do all of this; well, except for the sex part. He didn’t reach for me. I didn’t blame him. Plastic tubes, known as a Hickman catheter, for taking blood and giving medications, sprouted from my chest. My hairless, emaciated body was hideous. (We’d had sex only once in the 8 months since I’d gotten sick.)

Every drop of water I drank (3 liters a day) had to be boiled at home. Dan did this graciously, reliably, and without complaint for more than 3 months. Also, with his usual meticulous attention to detail, he flushed my catheter tubes daily, and cleaned them twice a week.

Lying on our bed for the tubes flushing, I asked, “What’s going on at the office?”

“Connie got the promotion,” he said. “You got sick. I didn’t apply.”

I felt an emotional pinch. He wouldn’t be getting the raise. But as quickly as I felt the pang of disappointment, I let it go. I looked at the quiet concentration on his face, and I began to understand that I couldn’t force him to be the guy I wanted, or thought I wanted.

Could this man, who was so present, also be the man who kept climbing the business ladder without paying attention to the moment at hand? No. Not him.

He gently moved an alcohol wipe around the area where the tubes entered my chest.

“Okay?” he asked and smiled. I nodded.

“In Sickness and in Health”

As I watched his face, my throat closed and my voice wavered, saying, “I can’t imagine anyone else doing all of this for me.”

When he’d finished the flushing, I moved to the center of the bed. “Come here,” I said. He lay next to me. I tucked the tubes under my sweater and kissed him like I hadn’t in months. Feeling perfectly safe, I nestled into his warm body.

Despite no sex, Dan and I were never so married. Now, in 2021, 16 years after my diagnosis, and against all odds, I’m still in remission.

We’re now retired. Dan didn’t become the corporate superhero I thought I wanted, but throughout our 38-year marriage, he’s always been there for me.

This morning he is outside, on a stepladder, making sure the gutters are clean, before the rain comes. I look in the refrigerator and see the bottle of sauvignon blanc he’s put inside, so it will be cold for dinner.

Cancer taught me the profound value of my marriage and my husband. What a glorious and unexpected gift.