Biomarkers in Lung Cancer: What Are They and Why Do They Matter? 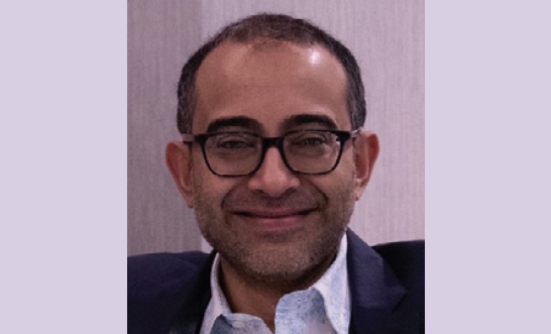 Patients with advanced lung cancer should be tested for the 5 most common biomarkers so they may receive the best treatment options for their disease.
May 2020 – Biomarkers & Genetic Testing 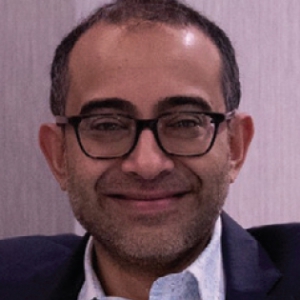 Lung cancer continues to be the second most common cancer in the United States and the leading cause of cancer-related death for men and for women. Lung cancer is often diagnosed in a later stage, when treatment may be more challenging than when the cancer is detected early. Advances in medicine have led to new therapies in lung cancer that target specific biologic properties of a cancer, or biomarkers, within the tumor and improve the outcomes for patients.

In tandem with the advances in targeted therapies is the development of tests for biomarkers, which is very important in lung cancer, for matching patients with the best FDA-approved therapies that target a specific biomarker for the individual patient. This type of testing is also important for matching patients to appropriate clinical trials that are investigating new therapies for a specific type of lung cancer.

The Biomarkers in Lung Cancer

A biomarker is a protein, a molecule, or any other biologic feature of the human body that can be measured to evaluate the absence or presence of a specific disease or a marker of that disease. In lung cancer, finding and targeting the biomarkers in the 2 main types of lung cancer has led to huge strides in the treatment of the disease. The key word when talking about biomarkers is “measurable.” For example, blood sugar is the measurable biomarker for diabetes, and if a person has high blood sugar, he or she is diagnosed with diabetes.

In a patient with breast cancer and an inherited mutation, the patient can have a mastectomy (surgical removal of the breasts), but if a genetic mutation is identified in the lungs, removing the lungs is not an option. Researchers are continuing to study the hereditary nature of lung cancer and the cause of the cancer to provide therapies that can work against it.

It is important to remember that not all lung cancers are caused by smoking. In fact, only about 20% of diagnosed lung cancer cases today will be in people who are active smokers; the other 80% of people with lung cancer have either never smoked or are former smokers.

Because smoking causes mutations, and mutations are biomarkers, smoking will point doctors in the direction of certain biomarkers. For example, mutations in the KRAS gene are often seen in smokers with lung cancer, and certain drugs being tested in clinical trials today target KRAS mutations and have shown promise for lung cancer linked with this gene mutation.

Although genetic testing for hereditary mutations does not play a large role in lung cancer, biomarker (including genomic) testing does. Understanding the difference between these 2 types of testing is crucial. Genomic testing looks for acquired mutations, such as EGFR, ALK, BRAF, ROS1, and NTRK, but these are not the only important biomarkers in lung cancer—remember PD-L1?

The most accurate and all-encompassing way of testing in lung cancer is biomarker testing, which covers all the tests that a patient with lung cancer should get, including genomic testing (for acquired mutations) as well as testing for PD-L1 expression, which predicts whether the tumor will respond to treatment with immunotherapy.

In certain populations, such as patients with advanced-stage NSCLC, comprehensive biomarker testing is crucial. All patients with advanced-stage NSCLC should be tested for PD-L1 expression, and they should also be tested for mutations through multiple platforms, such as next-generation sequencing (a new technology of biomarker testing).

Next-generation sequencing can look for all the important mutations at once. About 5 or 10 years ago, when very few mutations had been identified in lung cancer, it made sense to test for only 1 mutation at a time. For example, a person might have been tested for an EGFR mutation, and if that test was negative, then that person would be tested for the ALK mutation.

But today, all patients with advanced lung cancer are being tested for 5 different targetable mutations at the same time, including EGFR, ALK, BRAF, ROS1, and NTRK; these 5 types of mutations are common in lung cancer and each mutation has several targeted therapies that specifically target one of these mutations. By using one test for all these mutations, the patient’s tissue is not being wasted, and the patient only needs to have the test once, instead of multiple times.

How Does Biomarker Testing Affect Treatment?

Before mutation-targeting treatments were discovered, patients with lung cancer typically received standard treatment with chemotherapy. But with advances in drug therapy, we now have targeted therapies that block (or inhibit) the specific biomarker or mutation that is associated with a patient’s lung cancer, and these therapies are available as oral therapies (pills), which is much more convenient for patients than chemotherapy. We also have immunotherapies available for patients with advanced-stage lung cancer.

Treating patients with lung cancer is based on using the right test (using next-generation sequencing platform and PD-L1 testing) for the right patient (those with advanced-stage cancer) at the right time (at diagnosis, disease progression, or disease recurrence) and finding the right drug. Based on these steps, the final step is determining the right treatment, meaning the best FDA-approved drug for the individual patient or a clinical trial if one is available.

The presence or absence of a biomarker affects the decision as to what is the right treatment, and it also ensures that the patient is not prescribed the wrong treatment. For example, if a patient has a targetable mutation, such as EGFR, and is prescribed an immunotherapy, that immunotherapy will cause harm to the patient instead of helping that patient.

In considering the treatment for a patient with an EGFR mutation, the doctor will want to start with the best first-line treatment, which is currently Tagrisso. Then, if the disease progresses or recurs (comes back), then a second-line treatment may be added to Tagrisso or another treatment will be considered. This is the reason that biomarker testing at the time of diagnosis of advanced-stage NSCLC is important, to determine what will be the best targeted therapy for initial treatment, as well as the second and third options, when needed.

When it comes to treating lung cancer effectively, if a patient has a targetable mutation and an FDA-approved drug is available to block that mutation, that patient would have much better results with the targeted drug than with any other available treatment. And the only way to find that targetable mutation is through biomarker testing.

Another important component of comprehensive biomarker testing is its ability to identify a biomarker in a person’s cancer for which there is currently no approved treatment, but a clinical trial is available that is investigating a new treatment option.

This is especially important for patients who do not have any of the 5 targetable mutations mentioned earlier, so these patients currently cannot be treated with targeted therapy.

It is also important for those whose biomarker test results show that their tumor does not have PD-L1 expression, which means they should not receive immunotherapy. But these patients may have some other biomarkers for which there is a clinical trial available, and that may be better than chemotherapy, which otherwise may be their only available FDA-approved treatment option.

So overall, comprehensive biomarker testing is crucial for the diagnosis and treatment of patients with lung cancer to help patients have the best possible outcomes.

FDA Approvals, News & UpdatesLung Cancer
FDA Approves Tepmetko, New Targeted Therapy, for Patients with Metastatic Lung Cancer and MET Exon 14 Alterations
In February 2021, the FDA approved Tepmetko (tepotinib), a new oral targeted therapy, for the treatment of all adults with metastatic non–small-cell lung cancer and MET exon 14 alterations. Tepmetko is the first MET inhibitor that has been approved by the FDA.