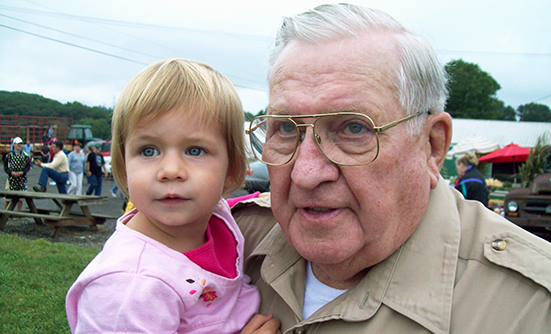 Lillie Shockney shares a touching, personal story of an experience she had at the Young Survival Coalition Summit, where she held a workshop called “Building Your Legacy."
Web Exclusives – March 14, 2018 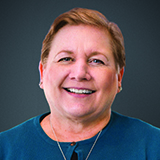 I wanted to share with you my weekend experience at the Young Survival Coalition Summit. I was asked to conduct a 4-hour workshop for young women with stage IV breast cancer. The workshop title I was given was “Building Your Legacy.”

Originally, 92 women registered to attend this workshop, but 54 actually crossed the threshold and came into the conference room and took a seat. I began by asking them how they decided to come, and why they thought others who registered didn’t join us. The answer was consistent: if you come through this conference door and sit down, you are acknowledging that at some point, sooner or later, you will die of breast cancer, and given that acknowledgment, it is important to plan ahead.

Approximately one-third of the women in attendance had been diagnosed less than a year ago. The “newest” was just diagnosed a month ago and was still shell-shocked from getting her news. There were those who were survivors for more than a decade who gave others a great deal of hope.

Some were bald, some with walkers or wheelchairs, others looked very healthy, and a few brought a family member with them.

We discussed the importance of leaving a legacy, and that doing so doesn’t mean leaving a boatload of money for some grandeur purpose. A legacy can be a philosophy, for example. It can also be the way in which they are teaching their children how to deal with a serious life-limiting crisis. I reminded them that when they aren’t looking at their children, their children are still looking at them, watching constantly, and learning from them. Teaching them by setting an example of how to cope and overcome the hurdles that lie ahead is one legacy worth investing their time. It doesn’t mean receiving treatment until their last breath, but quite the opposite. It means having a plan for how they will make decisions about when it is appropriate to stop treatment and spend more quality time with their children versus being in the hospital.

I discussed having cards for their children to open when specific milestones in their young lives are reached, such as graduations, weddings, even for the birth of their first child. What do you want to tell your child, now an adult, on that day? Virtually the entire room embraced this concept.

I then told them a story. I had a patient who wanted to hold an event before she died. It was on her bucket list. She wanted to have an event that would bring together multiple generations of families who have a family member with some type of advanced cancer. She wanted it held in a rural setting like a farm. She wanted to emphasize that above all else, family is most important. My patient also wanted the opportunity to briefly speak and tell all attendants who were dealing with advanced cancers that they each had the right to make a choice. They could choose to live each day with their cancer or die each day with their cancer, and she hoped that they would choose to live each day with the disease, as she was doing.

So I leased a farm in Baltimore County and we had more than 350 people attend that Sunday, which was National Grandparents Day. About 50 of the attendees had advanced cancer of some kind. My own family came; my mother and father, husband, daughter, son-in-law, granddaughter (about to turn age 2) and grandson (soon to be age 4). My dad is the one in our family with advanced disease. My mother drove him more than 2 hours away. He got out of the car slowly, and Keira, his great-granddaughter, spotted him and ran to him quickly. He picked her up and kissed her, and said that he could not understand how it could be that if he lifts a bag of flour that only weighs 5 lbs, it gives him terrible abdominal pain, but when he holds her, he feels totally pain-free, and he knows she weighs 18 lbs. 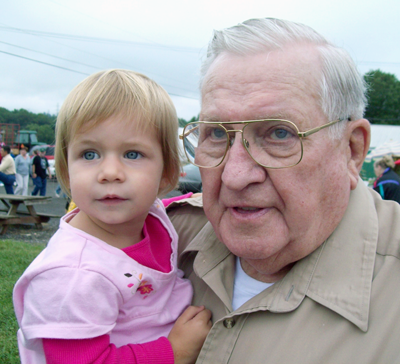 Lillie's father with her granddaughter, Keira

My dad carried her around, showing her what a John Deere tractor looks like, and told her that he believed farmers should only sit on green machines, and Keira repeated the word “green.” He took her over to show her how to shuck corn. Then 3 men picked them up and hoisted them onto a hay wagon so he could take a hayride with her. Then onto the corn maze from there. My mother and I watched in amazement how active he was. He had become a couch potato and wasn’t doing much of anything since his disease had returned with a vengeance. Just going for chemo and coming home again was his life. My mother said, “Your father looks like he is getting younger. I don’t understand it.” I told her that I did understand it; he was back on a farm for the first time in 3 years.

You see, my dad was a farmer, and when he was diagnosed with stage IV cancer, he sold his farms. All 3 of them—1100 acres that he tilled by himself. When the event ended late that afternoon, he wanted to drive home instead of my mother driving. She hesitantly gave him the keys. She called me later that night to confirm they made it home okay.

The next morning my dad called me on my office phone. He only called me at work if he spiked a fever, was bleeding, or had severe new-onset pain. So I asked him what was wrong. He said, “Oh nothing is wrong. Nothing. I did something this morning that I thought you should know. I bought back one of my farms. I listened to that woman yesterday when she said we had a choice: we could choose to live each day with our disease, or die each day with it, and I realized hearing her say that, that I actually had chosen to die, when I don’t have to. So I have bought back Duck Puddle Farm—464 acres. I am going to become a farmer again. I am so excited. I know I will need help, and that is fine. But I want to plan the ground, replenish the soil with what is missing, determine what crops to plant, etc. That woman gave me my life back. Please thank her for me.”

And my dad did, in fact, resume being a farmer. He farmed for 3 more years, and then turned the farm over to trusted farmers who tilled it (and continue to do so) the way he wanted it done. I truly believe he lived 3 to 4 years longer than he would have had he remained indoors.

So, telling these young women this story provided them the example they needed: a philosophy can be a legacy. I went to my patient’s home that night and told her that my dad had called and made a decision inspired by her words, and I thanked her from all of us in the family. I told her that this is her legacy, this mantra, and that I would carry it with me wherever I was speaking and whenever I was talking with a patient with metastatic disease.

She loved knowing her impact, and I reminded her that this was just one story from one family who attended that day. We have no idea how many other stories there are, how many other lives she’s touched. But this weekend, many women, some very ill, smiled and felt a sense of relief that they have the power to create and leave a legacy of their own.

The room quickly broke into open dialogue, with me running from person to person with a microphone, so they could each share their thoughts, and what they were previously working on for their legacy, or what they now want to work on as their legacy. Amazing! I closed the workshop with telling them how proud I was of each of them for being brave enough to cross through the threshold of the conference door, and as they meet others who were not in this room with us today, but who have lanyards around their neck, signifying they have stage IV breast cancer, to please share with them some of our conversations. They agreed they would.

By the way, the day before my dad died, he said that there were people in the room he didn’t know, and they told him that he was going to be a farmer in heaven and would be permitted to drive his new combine to heaven very soon. He had written his own obit, which we didn’t know, and he wrote that he had been the patriarch for farmers for the eastern shore of Maryland, and he was right. That had been his purpose for sure.

My mother sent out an e-mail just about an hour after he died, letting everyone know he was gone. She wrote, “My wonderful husband, Frank, is in heaven now having driven his combine there through the pearly gates. He is now farming for a ‘prophet.’” (Funny!) One of the women in the conference room said to me, “You (Lillie) are your dad’s legacy. You are teaching us how to die, and have our death carry great meaning for those we leave behind.”

Issue Introductions
Out with the Fear, In with the New
By Lillie D. Shockney, RN, BS, MAS, HON-ONN-CG
The December 2022 issue of CONQUER magazine focuses on men with cancer, from testicular to prostate cancer, and also features articles on mental health, managing side effects, and clinical trials.

Issue IntroductionsLung Cancer
Showing Your Lungs Some Love
By Lillie D. Shockney, RN, BS, MAS, HON-ONN-CG
In her Introduction to this special issue, Lillie Shockney highlights how biomarkers influence the selection of best treatment options, the benefit of screening for lung cancer early, and how nutrition can combat unintended weight loss in patients with lung cancer. 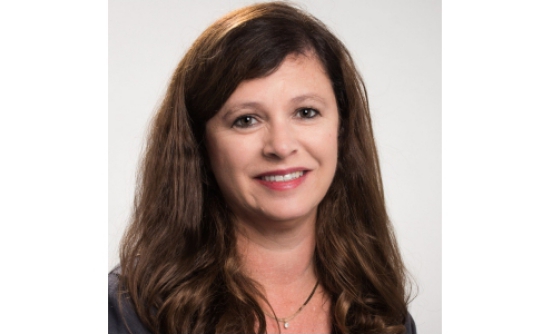 From Your NavigatorLung Cancer
If You Haven’t Met Your Lung Cancer Navigator Yet, Ask for an Introduction
By Kammi Fox-Kay, MSN, RN, AOCNS, ONN-CG(T)
Thoracic oncology nurse navigator Kammi Fox-Kay explores the benefits of meeting with a lung cancer navigator to ensure that you receive the best possible care available as well as important resources.
Last modified: March 10, 2022