What to Consider When You Are Diagnosed with Follicular Lymphoma 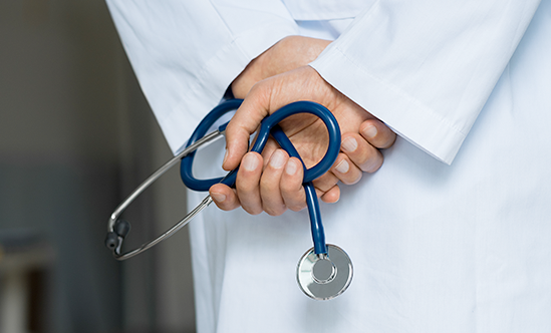 Dr. Stevens, of the Norton Cancer Institute in Louisville, KY, provides an in-depth overview of what to expect with a Follicular Lymphoma diagnosis.
August 2017 Vol 3 No 4

Follicular lymphoma is a B-cell lymphoma in which certain white blood cells grow in a circular pattern within the patient’s lymph nodes. It is the most common slow-growing (indolent) form of non-Hodgkin lymphoma (NHL)—a type of blood cancer that is responsible for more than 20,000 deaths annually in the United States, and nearly 73,000 people are projected to be diagnosed with it in 2017. Follicular lymphoma comprises approximately 20% to 30% of all cases of NHL.

Although follicular lymphoma cannot yet be cured, the survival rate is good, especially with approved new medications. Patients can survive for more than a decade with this disease, and the majority of them will survive more than 5 years. Survival depends on the patient’s age, and any potential additional medical problems (comorbidities), such as heart or lung disease, which can affect the patient’s ability to tolerate appropriate treatment.

Because slow-growing cases of NHL, including follicular lymphoma, have few or no symptoms until later on, the majority of cases are diagnosed at an advanced stage, and the clinical course is often characterized by many disease relapses (coming back) after a period of remission (no sign of disease).

Although more than 50% of patients will respond to conventional chemotherapy, the disease will relapse in most patients, and additional therapy is then needed. Despite recent advances in therapies for this type of cancer, the treatment of follicular lymphoma therefore continues to present a significant challenge, especially when the cancer has returned (relapsed) and/or is no longer responding to therapy (refractory).

It is therefore important for patients with newly diagnosed disease to understand the course of their disease, the risk for disease relapse, and their treatment options.

Misdiagnosis of follicular lymphoma can occur, because, like many other types of cancer, the symptoms that are associated with it—especially swollen lymph nodes that can be caused by common infection—can resemble the symptoms of other conditions.

Patients are also advised to seek a second opinion when necessary, or if they are unsure about their diagnosis, but they should first consult with their doctor to confirm that the necessary tests have been performed to make sure the diagnosis is correct, and should feel free to discuss the corresponding results with their doctor.

Get Familiar with the Symptoms

Because follicular lymphoma is a slow-growing blood cancer, most patients experience no noticeable symptoms until the disease has reached an advanced stage, when treatment is needed. The symptoms may include fever, chills, weight loss, and fatigue. Patients may also notice enlarged or swollen lymph nodes in the neck, under the arm area, or in the groin.

During treatment, disease relapse tends to occur at decreasing intervals, and the disease often becomes resistant to therapy, or it can transform into an aggressive subtype of NHL.

These symptoms tend to become obvious once the disease has reached an advanced stage, which is the reason many patients are being diagnosed late, at an advanced stage. If these symptoms are present, the diagnosis of follicular lymphoma is most often confirmed through tests and procedures, such as a lymph node biopsy and physical examinations, blood and urine tests, imaging tests (CT scan or MRI), or searching for cancer in the patient’s bone marrow.

A biopsy of lymph node tissue is used to confirm the diagnosis of follicular lymphoma. The biopsy should be interpreted by a pathologist who is experienced in lymphomas to ensure accurate diagnosis.

As noted before, this disease is rarely diagnosed at an early stage. However, when it is diagnosed early, radiation therapy may be used alone, without other treatments.

For most patients, however, the disease is discovered at a more advanced stage and they are treated with chemotherapy and/or drug therapy. The number of current treatment options remains low, but more treatments are being tested and approved by the FDA. However, although the currently available treatments typically lead to disease remission, they are not curative, and the disease will eventually return after a period of remission, when the disease is not detectable by tests. This underscores the need for new clinical advances in this area, and for more treatment options.

The good news for patients, however, is that the standard of care has now shifted to include new treatments and new drugs, including chemotherapy, new monoclonal antibodies that reinforce and target the body’s own immune system to attack cancerous cells, as well as other drugs currently being studied for this malignancy.

Treatment considerations should take into account the patient’s condition, disease progression, as well as the patient’s overall health and ability to tolerate the potential side effects that may be associated with each specific treatment.

Currently available drugs for relapsed or refractory follicular lymphoma include Zydelig (idelalisib), which is the first inhibitor of PI3K-delta, a protein that is overexpressed in many B-cell cancers, such as follicular lymphoma, and affects the progression of the B-cells in these cancers. Zydelig is currently the only oral drug approved by the FDA specifically for patients with follicular lymphoma. It is used in patients whose disease relapsed after other treatments or did not respond to previous therapies.

Copanlisib is a novel investigational pan-class I PI3K inhibitor that contributes to sustained PI3K pathway activation with predominant inhibitory activity against PI3K-alpha and PI3K-delta. In May 2017, copanlisib was granted priority review by the FDA for the treatment of patients with relapsed or refractory follicular lymphoma who have received at least 2 previous therapies. A final FDA decision on this drug is expected by the end of this year.

Other PI3K inhibitors, such as duvelisib, are in early stages of clinical development and have not yet proved they are appropriate for this type of cancer. Information is not yet available regarding their benefits for patients with follicular lymphoma.

Another drug that is being studied for follicular lymphoma is Imbruvica (ibrutinib), an oral Bruton’s tyrosine kinase inhibitor that is already approved for several types of blood cancer. Imbruvica is now in phase 3 clinical trials to test its benefit in patients with relapsed or refractory follicular lymphoma.

As can be expected, the side effects associated with each of these drugs differ from drug to drug, so patients should ask their doctor about potential side effects relevant to the specific drug they are using. In general, the newer, more targeted drug therapies, such as Gazyva and Zydelig, have fewer and less severe side effects than older cytotoxic chemotherapy drugs.

Some drugs are used for a specific duration, such as 6 months. The length of other treatments is based on the patient’s ability to tolerate the treatment and the development of side effects; these drugs are continued to be used until the doctor realizes they are no longer effective, and a new treatment is then considered.

Your doctor should tell you what type of treatment you are receiving, and for how long.

Consider Participating in a Clinical Trial

Even after achieving a complete remission (where no sign of disease is detectable), follicular lymphoma will most likely relapse and new treatment will resume. This is why clinical trials and new drug therapies are greatly needed.

Patients with follicular lymphoma should consider participating in a clinical trial when appropriate. Patients should ask their doctor whether they are candidates for a clinical trial, and when to consider it. Participation in clinical trials often offers patients the opportunity to receive a new, and potentially more effective, drug before it is available to the general patient population; that is, before it has been formally approved by the FDA.

Ask your doctor if and when you should have a discussion about clinical trial participation. 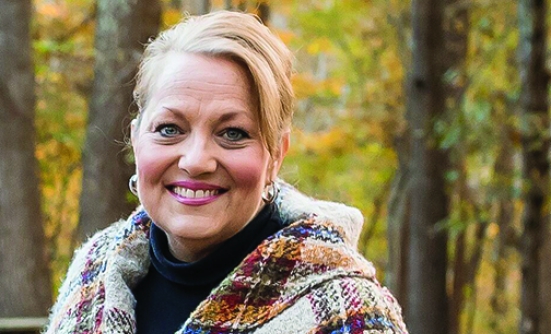 Follicular LymphomaPatient Stories
Enduring Spirit
By Pam Neff
With a demanding career and 3 small children, Pam Neff had to make some difficult decisions during her treatment for an aggressive blood cancer.
Last modified: October 5, 2017