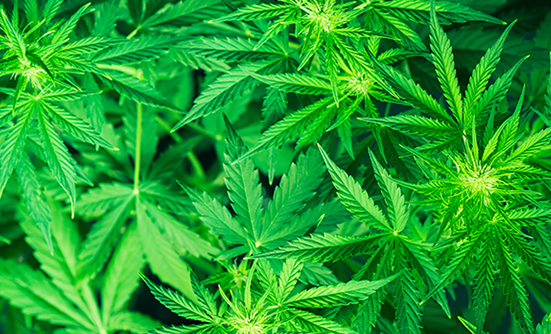 Stephanie Fajuri, Program Director at Cancer Legal Resource Center, provides legal tips on the use of medical marijuana for patients considering using it instead of other pain medicines to manage the side effects of their cancer and cancer treatment.
December 2018 Vol 4 No 5

Marijuana—the Mexican name for the cannabis plant—has been used for medicinal purposes for thousands of years. Despite movement toward legalizing marijuana throughout the country and its endorsement by many professional organizations, including the National Comprehensive Cancer Network, access to medical marijuana remains out of reach for many Americans.

Before deciding to try medical marijuana for the side effects of cancer treatment, you should know some important information.

What Is Medical Marijuana, and How Does It Work?

Cannabinoids are chemicals produced by the cannabis plant’s flowers, stalks, and leaves. When consumed, cannabinoids interact with neurotransmitters in your brain and receptors in your central nervous system to produce different effects on the body. The 2 most well-known cannabinoids are tetrahydrocannabinol and cannabidiol. Tetrahydrocannabinol is what produces the psychoactive reaction, or “high,” whereas cannabidiol is responsible for most of marijuana’s medicinal effects.

Increasing scientific research has suggested that marijuana may effectively treat conditions such as nausea and vomiting, chronic pain, muscle inflammation, and even epilepsy, and can stimulate appetite.

A 1999 report from the Institute of Medicine called Marijuana and Medicine: Assessing the Science Base stated, “Cannabinoid drugs might offer broad-spectrum relief not found in any other single medication.”1

Unlike alcohol, tobacco, or other controlled substances, such as opioids, marijuana is nontoxic and cannot cause death by overdose. The side effects associated with cannabis are mild and temporary, although some options are safer than others. Smoking cannabis is generally not advisable, especially for those who need to avoid exposure to additional carcinogens. Sometimes mold or fungus grows on the flower buds, leading to serious lung infections if smoked. That’s why a vaporizer is a safer option, which heats cannabinoid-laden oils so they become airborne vapors that can be inhaled.

Although eating cannabis “edibles” is one of the safest ways to consume marijuana, the effects from eaten cannabis may be more pronounced, can take longer to set in, and typically last longer than inhalation. Topical medical marijuana in the form of patches, gels, and salves may be a good option for certain conditions and will not result in a psychoactive effect.

Alternatively, 2 FDA-approved medications—Marinol (dronabinol) and Sativex (nabiximols)—are available today that include synthetic cannabinoids and are often prescribed to people with cancer.

Under the Controlled Substances Act (CSA) of 1970, cannabis belongs to the most restrictive substances category (along with heroin) called Schedule I. This means that the US government considers it to have a high potential for abuse and no recognized medical use. The US Drug Enforcement Administration (DEA) enforces the CSA, including its prohibition against marijuana use. Because federal law generally trumps state law, in states where medical marijuana is legal, you could still be guilty of a federal crime by using or possessing medical marijuana.

The first state medical cannabis law was passed in 1996 by California voter initiative. As of November 2018, 33 states and the District of Columbia have passed laws legalizing the use of medical marijuana to some degree. A total of 10 states have completely legalized cannabis for recreational and medical use. In addition, 13 states have legalized the use of cannabidiol oil in limited circumstances, and several states have decriminalized marijuana, meaning that if you are caught with it, the penalties are less severe.

However, even when cannabis has been decriminalized or is available for recreational or medical use, there are often other restrictions in place, such as the quantity you can possess, where you can use it, and how you can use it.

In states where recreational marijuana is legal, the process to access marijuana usually involves simply taking your photo ID to a local dispensary, filling out some paperwork, and making a purchase. The dispensary will charge you taxes, which are often earmarked for law enforcement, youth programs, education, and/or substance abuse treatment.

The process for obtaining medical marijuana is often more complicated and varies, depending on where you live. Generally, you must first establish that you have a medical condition, such as nausea resulting from cancer treatment, that cannot be managed effectively by traditional medicines. Then, you must obtain a recommendation, which is not the same as a prescription, for medical marijuana from a doctor. 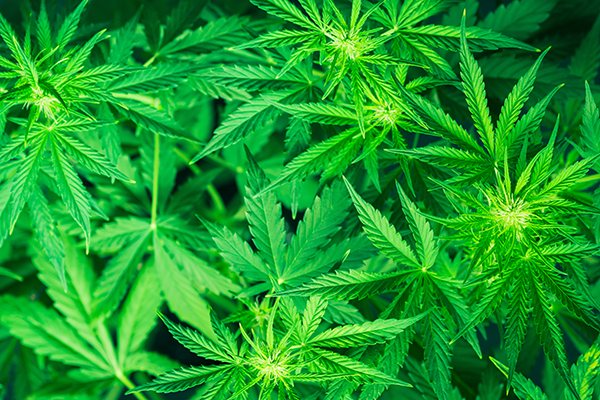 If you are traveling by car within your own state, consider the limits that your state law places on how much marijuana you can carry at one time. Driving while impaired, regardless of whether you have a medical marijuana ID card, is never allowed.

It is a felony to transport marijuana across state lines under the CSA. In states where marijuana is illegal, you may be subject to criminal prosecution if you are caught with marijuana, regardless of whether you possess a medical marijuana ID card from your home state. Furthermore, not all states honor out-of-state medical marijuana ID cards, so you may not be able to purchase more when traveling out of state.

Flying with marijuana is illegal on any domestic or international flight, because all airports, airplanes, and air spaces fall under the jurisdiction of federal law. Transportation Security Administration agents don’t search for marijuana during the screening process; however, if they see that you are in possession of marijuana, they may refer the matter to federal or local law enforcement, and you may face legal consequences.

When traveling internationally, consider that other countries’ laws may treat marijuana possession differently, and in some cases more severely, than the United States. For example, in Japan, foreigners who are caught with any amount of marijuana can be deported. In Canada (where marijuana was recently legalized), you need to be careful at border crossings and remember that it is illegal to take cannabis products over an international border.

Making an exception to employer policies can sometimes be considered a reasonable accommodation, if it would not cause the employer undue hardship. However, under the Americans with Disabilities Act, employers are not required to alter their drug-free workplace policies to accommodate a worker who uses medical marijuana, even if they are using it under a doctor’s recommendation. This means that you could face negative employment actions if you test positive on a drug test at work, even if you’re using marijuana for a valid reason outside of the workplace.

Some states have passed laws providing a level of employment protection for those who use medical marijuana. If you believe that medical marijuana use would affect your job performance, or if your employer has a strict illegal drug use policy, consider whether other treatment options may be available to you.

What If My State Hasn’t Legalized Medical Marijuana?

Do not attempt to obtain marijuana from an illegal source, because you may face severe criminal penalties. Instead, explore other treatment options with your doctor. Other medicines or therapies may be able to treat your condition or symptoms effectively. Be aware that if you are currently using certain types of pain medication or have signed a pain management contract, testing positive for marijuana may jeopardize your access to pain medication. If you are dismissed by your pain management doctor, it can be much harder to find another doctor to take you as a patient.

Private health insurance companies, as well as Medicare and Medicaid, are required by law to cover FDA-approved drugs. Because marijuana is not an FDA-approved drug, insurance companies don’t cover it. Some state medical marijuana programs provide discounted ID cards and other fee waivers. If paying for your medicine is difficult, you may be able to grow your own plants, use discount cards at your dispensary, or shop around (when possible).

Because of marijuana’s classification as a Schedule I drug under the CSA, the US government places severe limitations on marijuana research. Recently, the FDA approved a medication made from a purified form of cannabidiol called Epidiolex for 2 rare forms of epilepsy. To date, it is the only medicine containing non-synthetic cannabinoids to be tested in clinical trials and ultimately approved by the FDA.

More research is needed on the medical benefits and potential risks associated with medical marijuana. Meanwhile, stay informed of your legal rights and responsibilities, and talk to your doctor if you are concerned about the side effects of your treatment.

The laws and rules in this area are changing rapidly. This article is not a substitute for legal advice.

Talking with Your Doctor About Medical Marijuana
www.safeaccessnow.org/talking_to_your_doctor_about_medical_marijuana 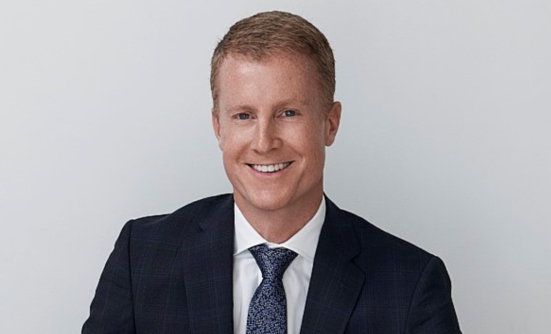 Legal CornerOnline First
What You Need to Know about Cannabinoid Law and Science
By Michael C. Barnes, Esq
The Marijuana and Cannabidiol Research Expansion Act is a new law recently passed by Congress to ensure the safe use of these products. However, Mr. Barnes says, the science about these products is still limited, and patients with cancer must protect themselves by knowing the law and understanding the potential risks involved.

CLL Monthly MinutesLeukemiaMarijuana & Cancer
A Look at Cannabis Extracts for Patients with Chronic Lymphocytic Leukemia
Cannabis compounds such as cannabidiol have shown cancer-fighting activity in the lab. What should patients know? 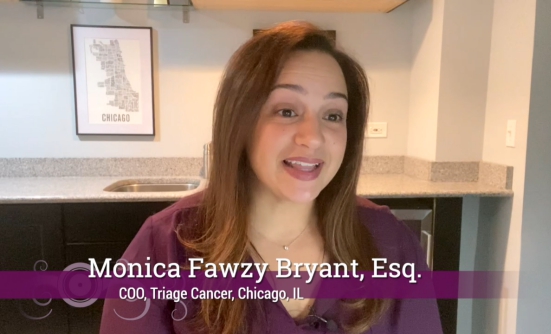 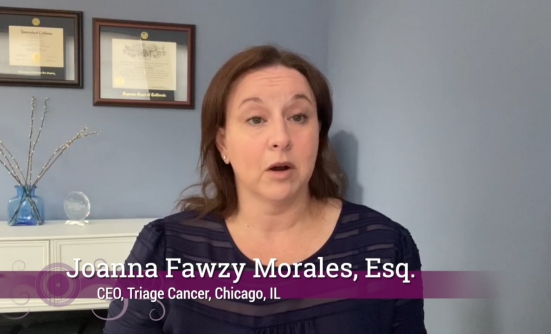 Legal Corner
Employment Rights for Individuals with Cancer and Their Caregivers
By Monica Fawzy Bryant, Esq, Joanna Fawzy Morales, Esq
Patients with cancer should understand their employment rights as there are key laws that protect from discrimination in the workplace and allow time to be taken off from work.
Last modified: December 21, 2022