My Biomarker Story, and Why I Advocate for Genetic Testing 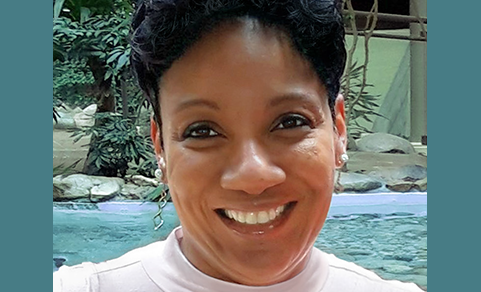 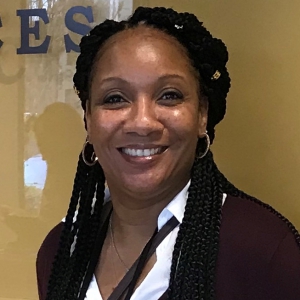 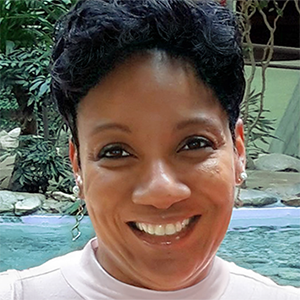 The title of the book I’m writing—In Spite of It All—captures the story of my life as a 3-time cancer survivor. Here are some of the highlights of this experience, and why I am a strong believer in genetic testing and patient advocacy.

After All, What Could They Find?

My story begins in 2011. I have always kept up with my annual physicals, and at age 45 I didn’t anticipate any health issues. In fact, I considered myself very healthy, and my military background helped me stay active and fit. So when my doctor suggested I do a fecal immunochemical test (or FIT), I hesitated for a couple of weeks, but finally prepared the sample test and mailed it off—I mean, what could they find?

I soon found the answer to that, when I received a call from my primary care physician, who said they found small traces of blood in my sample, and he was referring me to a specialist to have a colonoscopy. I quickly scheduled the colonoscopy, and my doctor performed the procedure, but she had a hard time, because of what she thought was a small blockage, so she had to perform an additional surgery to remove the blockage.

So imagine my surprise when I woke up after the surgery to discover it was not a minor surgery but instead a large tumor (or mass); its removal left me with a 6-inch incision, as well as a diagnosis of stage IIIB colorectal cancer. Talk about a wakeup call!

After recuperating from surgery, I began chemotherapy. I had an 8-hour infusion every 2 weeks, then I would go home with an attached “box” that dripped in more chemo for the next 48 hours. I lost my hair, felt sick to my stomach, and had neuropathy. I felt unattractive, not like myself at all, and at times depressed. The one thing I was very grateful for was the love and support of family and friends who inspired and encouraged me, and I told myself this would not last forever.

Educating Myself: The Fight for My Life

I knew I was in for the fight of my life, so I began to educate myself. I discovered Fight Colorectal Cancer, a patient advocacy group dedicated to providing support for people diagnosed with colorectal cancer. A big component of this is making people aware about the genetic links in colorectal cancer.

If we had known we were genetically predisposed to this type of cancer, we could have had screenings earlier.

I had a biomarker testing (or genetic profiling) of the tumor, using tissue and blood sampling. The test showed I had a condition often found in those with colorectal cancer, called “microsatellite instability” (or MSI), which is the molecular fingerprint of a deficient mismatch repair system, and is associated with several mutations, including the type I had, which is known as “MSI-high” or MSI-H mutation (or biomarker).

Approximately 15% of people with colorectal cancers have MSI, which results from the epigenetic silencing of the MLH1 mutation or a germline mutation in one of the mismatch repair genes MLH1, MSH2, MSH6, or PMS2.

Identifying my specific biomarker as the MSI-H mutation, allowed us to understand my precise tumor type and helped to decide on the specific 6-month treatment plan for this type of cancer. I received the chemotherapy regimen known as FOLFOX (leucovorin calcium, fluorouracil, and oxaliplatin), which was used in combination with Neulasta (pegfilgrastim), and I have been cancer-free for the past 5 years.

Since then, new therapies have become available for people with my type of biomarker that may have fewer side effects.

How Many Bullets to Dodge?

My oncologist suspected all along that I had Lynch syndrome (a hereditary nonpolyposis colorectal cancer), which is a genetic disorder that increases the risk for colon cancer. So she encouraged me to do more genetic testing in 2015 and 2016. I wasn’t sure what the point was. After all, I had a successful treatment of colorectal cancer.

I’m glad I had such a persistent doctor; she explained that because I was a possible candidate for Lynch syndrome (which is strongly linked to colo­rectal cancer and MSI), I could also have secondary and additional cancers in the future.

So I agreed to have more genetic testing (which consisted of painless blood work), and the report confirmed that, indeed, I had Lynch syndrome, and that I had a 60% chance of getting endometrial cancer.

I was even more determined that this would not be my future, and after talking with my gynecologist, I agreed to have a total hysterectomy to avoid future cancer. After removal of my uterus, a biopsy done on it revealed that I had early-stage endometrial cancer, with a grade 3 tumor.

My first thoughts were, “How can I treat it, and are there any clinical trials available for me?” I realized I would consider any means necessary to help me live. However, because the tumor was removed by surgery, no therapy was needed. I felt I had dodged a bullet: 6-month checkups with my gynecologist and annual colonoscopies would be enough for now.

That is—until I spotted what appeared to be a small pimple on the lower right side of my back. No problem, just a trip to the dermatologist, and we can have it removed. She even suspected it was just a small sack of oil cells, until she began to cut deeper and removed a 2-inch tumor that tested positive for basal-cell carcinoma. But no additional treatment needed; again, the tumor removal was sufficient.

Whew—How many more of these bullets will I have to keep dodging?

I now know that for me, it is a lifetime of follow-ups for the slightest change in my body. After all, isn’t that what cancer survivorship is all about?

Based on my personal experience, I’ve become a strong proponent of testing for biomarkers. The average person doesn’t know what to ask doctors when it comes to cancer treatment. Knowing your biomarkers can help your doctors identify the best treatment options for you, and help you make well-informed decisions about how your cancer will be treated.

So, ask questions, tell your team of caregivers that you want “biomarking,” because knowing your biomarkers will allow you to be your own best advocate.

This cancer experience opened up a new chapter in my life. My research led me to take on an active role in research and advocacy with Fight Colorectal Cancer. I became a “RATS” (Research Advocacy Training and Support) member, meaning that I am advocating for the advancement of research, which is crucial to finding new and better treatments for patients with cancer.

In 2016, African-Americans diagnosed with colorectal cancer had the highest rate of death and the shortest survival period compared with other people with this disease.

So in June 2017, with the help of Eli Lilly and Company, our advocacy group launched a campaign called “Biomarked” to increase awareness of the role of biomarker and genetic testing in colorectal cancer.

For more information on why this may be important to you, I invite you to visit our website at www.FightCRC.org.

Finding Happiness In Spite of it All

As a patient advocate, I feel blessed to be able to tell my story and give my input on behalf of other survivors. Sharing this information with the right people is so vital.

So, “in spite” of my different cancer diagnoses throughout the years, I’ve managed to find happiness. I’m newly married now, with a partner who encourages my advocacy work, and an organization (Fight Colorectal Cancer) that provides me with the necessary tools for survivorship—now and into the future.

Patient Stories
My Eccentric Companion
By Mary Trouba
Mary Trouba, who was encouraged by her sister to write about her experience as a patient with metastatic breast cancer, tackles the importance of the words we use when discussing cancer, explaining her problem with the phrase “battling cancer.”
Last modified: June 12, 2018