Nutrition and Cancer: Facts and Myths 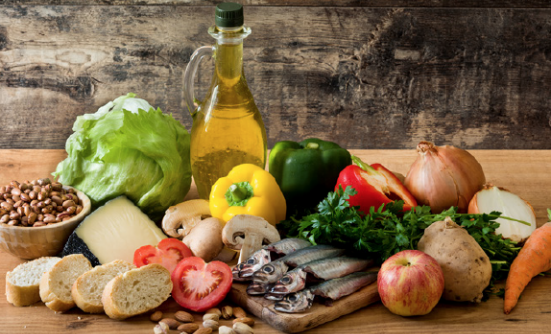 Even modest changes in diet and lifestyle can have a significant effect on patient outcomes. Patients should consume lean protein with every meal.
September 2019 Volume 5 – Women's Health

During the 2019 AONN+ Midyear Conference in San Diego, Ms. Ledesma shared her insights on what would constitute a healthy diet for patients with cancer and separated some common nutrition myths from facts.

“One of the myths patients sometimes face is that they’re told by practitioners to eat whatever they want, because it’s not going to matter,” she said. “I’m not saying we’re going to use diet to cure cancer. But to think that what’s fueling the body is going to have zero impact on cancer and on the risk for a variety of chronic diseases, as well as on a patient’s immune function, energy, and ability to get through treatment, is absolutely ludicrous.”

Essentials of a Healthy Diet

If she had to sum it up simply, Ms. Ledesma said, the ideal basics of a healthy diet for patients with cancer would include:

Following such a diet helps patients to achieve 2 goals. It will help increase their consumption of vitamins, minerals, dietary fiber, and phytochemicals that can provide protective benefits against cancer and other chronic diseases. It may also decrease their consumption of animal fats and protein, processed foods, and sugars as a result of feeling satiated from a plant-based diet. One study found that women who consumed 5 or more servings of vegetables and fruits daily, in conjunction with 30 minutes of walking 6 days a week, had a significantly lower risk of death after early-stage breast cancer was diagnosed.

Ms. Ledesma noted that even modest changes in diet and lifestyle can have a significant effect on patient outcomes. Patients should consume lean protein, including plant protein, with every meal. Patients should also opt for healthy fats from foods such as cold-water fish like salmon, trout, herring, and sardines; seeds, including sunflower, sesame, and pumpkin seeds; walnuts and almonds; and olive oil and avocados.

Herbs and spices, such as turmeric, cayenne, rosemary, and basil, are healthy sources of antioxidants, and patients should consume them daily. In addition, 1 to 2 tablespoons daily of flax and chia seeds can help with digestion, and 1 to 4 cups daily of green tea should serve as a good source of polyphenols, beneficial compounds with antioxidant properties found in many plant-based foods.

All patients, but particularly those with gastrointestinal or breast cancer, should limit alcohol consumption and should engage in daily physical activity—even just a short walk—to help achieve and/or maintain a healthy body weight.

Is Sugar the Enemy?

Ms. Ledesma addressed the myth that consuming sugar causes cancer. Although there is no scientific evidence that sugar leads to cancer, the truth of the matter is that an excessive amount of sugar is not part of a healthy food plan. A diet high in sugar may lead to obesity, insulin resistance, and inflammation, which are risk factors for diabetes and certain types of cancer.

As explained by Ms. Ledesma, if a food is high in added sugar, it is usually devoid of nutrient value. Additionally, the way that sugar—particularly high-fructose corn syrup—is processed by the body appears to lead to higher fat mass and metabolic disease.

Sugar also leads to a relentless biochemical drive to consume more sugar. Simply put, if you eat a lot of sugar, you’ll only want more. This increased consumption can lead to higher insulin levels, higher concentrations of insulin-like growth factors, and higher abdominal fat, which also may be associated with an increased risk for various cancers. A higher level of insulin, a condition known as hyperinsulinemia, is also associated with increased risk of heart disease, a compromised immune system, obesity, and type 2 diabetes. It is estimated that about one-third of Americans will have diabetes by the year 2050.

The problem is that approximately 80% of food items in US grocery stores are spiked with added sugar. And, as Ms. Ledesma pointed out, it is human nature to want what we shouldn’t have. Instead of telling patients not to consume sugar, she focuses on making sure they’re getting enough healthy foods in their diet: vegetables, fruits, beans/legumes, nuts/seeds, whole grains, and lean protein sources.

“My general focus with sugar is, do we have evidence that it causes cancer? No. Do I want to encourage patients to eat as much sugar as they want? No,” she said. “Rather than focusing on what they can’t have, instead focus on loading up their bodies with nourishing foods. Oftentimes, if they’re satiated, they don’t crave that added sugar.”

Not a Myth: Inflammation and Cancer Risk

The association between inflammation and cancer, however, is not a myth. Inflammation is linked to cancer as well as to virtually every other chronic disease. According to Ms. Ledesma, 2 key inflammatory biomarkers—C-reactive protein and fibrinogen—should be measured regularly in patients, as both have demonstrated a negative association with survival in clinical trials. But a balanced diet, especially one high in omega-3 fatty acids, can combat inflammation.

But another myth is that all patients should follow a low-fat diet. There is no one-size-fits-all diet for patients with cancer, and nutrition should be personalized to each patient. A low-fat diet might be beneficial for some patients, but in others it may lead to increased carbohydrate consumption, higher blood sugar levels, and weight gain. Nutrigenomics is a relatively new philosophy that focuses on a person’s genetics and uses biomarkers and other clinical data to personalize a diet. “Nutrigenomics is here, and it’s real,” Ms. Ledesma said.

Perhaps most importantly, taking control of their own nutrition is empowering to patients and may offer a sense of control during an incredibly difficult time. According to Ms. Ledesma, when patients begin to eat a healthier diet, it may possibly improve their clinical outcomes, but it will almost certainly improve their quality of life. 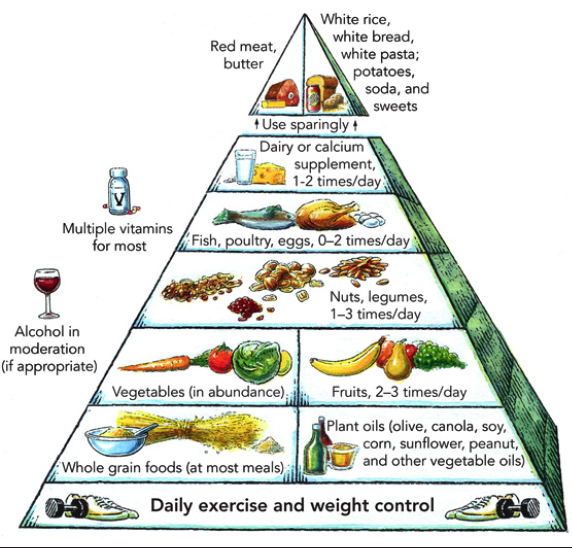 Sample recommendations for a Mediterranean diet.

Many of the food choices suggested by Ms. Ledesma can also be found in variations of the Mediterranean diet, and this could be a significant topic of discussion between navigators and patients. Reports about the Mediterranean diet were first published in the United States following research begun in the 1950s. Ancel Keys, PhD, from the University of Minnesota, and his team of researchers studied the connections between diet and heart disease among men from various countries, including Italy and Greece. Research indicated that men from Crete had lower rates of heart disease, which was attributed to a diet that was high in vegetables, fruits, grains, beans, and fish. Keys publicized the diet beginning in the 1970s, and in 1993 the nonprofit group Oldways partnered with the Harvard School of Public Health and the World Health Organization to create the Mediterranean diet pyramid. Interest in the Mediterranean diet, which is not a structured diet but may be considered more a lifestyle, continued to grow. An alternative to the food pyramid proposed by the US Department of Agriculture, the Mediterranean pyramid emphasizes the basic foods of that region as well as physical activity and social interaction. (See the Mediterranean diet pyramid illustration that patients and navigators can use to begin a discussion about a healthy food plan.) Although criticism of it has been published, the general benefits of the Mediterranean diet are supported by extensive research. There is a great deal of information about the diet on the Internet. (See, for example, www.verywellfit.com/mediterranean-diet-overview-2506730#pros-and-cons and, from Memorial Sloan Kettering Cancer Center, www.mskcc.org/blog/can-mediterranean-diet-help-cancer-survivors.) 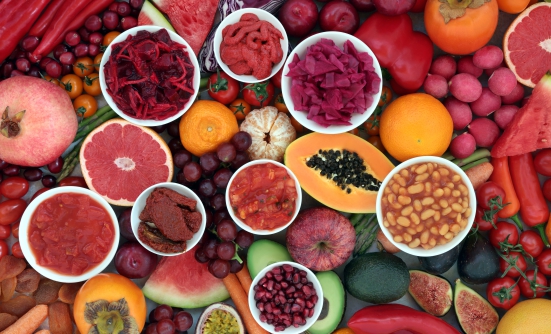 Nutrition & Cancer
Foods to Consume or Avoid When You Have Cancer
Arming yourself with a healthy diet during and after cancer treatment can optimize healing and improve your quality of life.